Culture Check: the Dothraki are scarier than dragons

This article contains spoilers for Game of Thrones.

Only a fool would meet the Dothraki in an open field. – Robert Baratheon

Dragons might seem like the greatest concern that the Lannister armies have to face, especially after that vivid sequence of soldiers turning to dust, but the Dothraki horde has proven time and again that they might be the greater threat, especially in the hearts of their enemies. Putting fire and blood aside, if we look at history both mythical and real, it proves that Cersei’s PR campaign sowing fear of the foreign invaders is well-founded.

George R. R. Martin stated that he based the Dothraki on a mishmash of steppe and plains cultures like the Mongols, the Huns, along with other tribes that relied heavily on horses such as the Cheyenne and Sioux of the American West. Dothraki culture, language, and custom is based entirely around horses. It’s evident in the most basic of phrases in the Dothraki language.

Their connection with horses support their nomadic way of life. The only standing city the Dothraki occupy is Vaes Dothrak, which houses widowed khaleesi and idols stolen from other tribes ringing the Dothraki Sea. This great empty grassland does indeed resemble a sea—no cities stand in the waving grass—only great khalasars move freely through the great expanse on their horses. 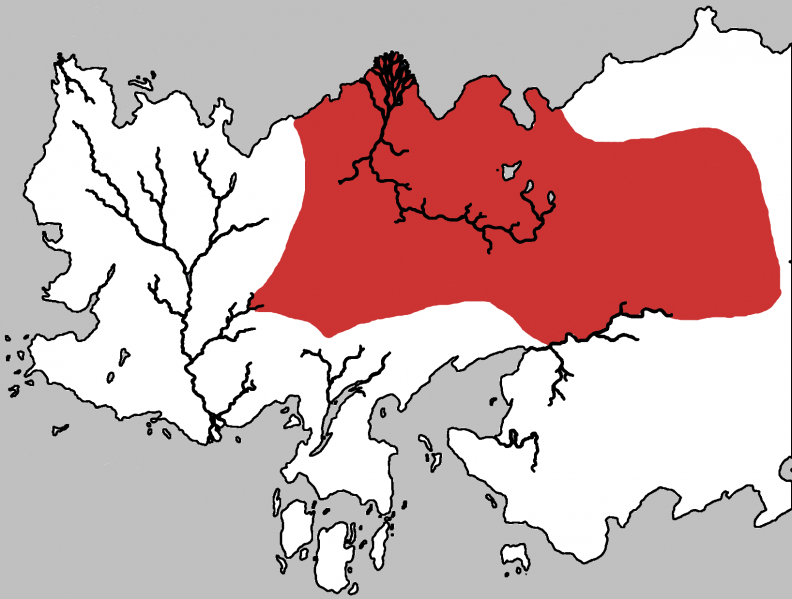 This is because the Doom of Valyria—the unspecified cataclysm that destroyed the ruling freehold in Essos—was followed by the Century of Blood. It was then that chaos ensued as many scrambled to fill the power vacuum left after the dragonlords were gone; it also served as the rise of the Dothraki. Taking advantage of the confusion, the Dothraki were able to spread their kingdom farther west than ever before. They were unhindered by the cities they took, since instead of trying to hold them after a successful pillaging, the horsemen would burn them to the ground, returning old keeps and castles to grassland once more. They would also rename the dozens of cities they took to reflect their opinion on the people they conquered. Sarnath became Vaes Khewo, meaning City of Worms, and Gornath to Vaes Leqse, City of Rats.

This is all very reminiscent of the Mongols and their massive conquest of Asia and Western Europe. Like the Mongols, the Dothraki subsist on either plunder from sacked cities or from tributes offered out of fear from standing ones.

History tells us that the Mongols had a wide rule but eventually assimilated into their conquered cultures, essentially breaking up the Mongolian Empire. Enigmatic leaders later tried to reunify, but by then the holds were so far-flung and the culture had shifted. This coupled with the growing strength of their enemies prevented the feared Golden Horde from rising again.

What doesn't seem as likely is the Dothraki assimilating to the Westerosi culture. Their way of life demands great swaths of land to roam. Their culture dictates that they only yield to the strongest among them. They, like the Ironborn, do not sow. They only reap and conquer. It’s been proven that Dothraki warriors are superior in battle to Westerosi knights, and their history boasts a significant list of cities sieged. The Targaryen army could make substantial gains in unleashing the Dothraki on the mainland. There’s little chance of the Dothraki turning against their Khaleesi as well, since she’s not only the strongest among them, but also as their apparent god.

The Dothraki have a prophesy about the Stallion Who Mounts the World.

As swift as the wind he rides, and behind him his  khalasar covers the earth, men without number, with arakhs shining in their hands like blades of razor grass. Fierce as a storm this prince will be. His enemies will tremble before him, and their wives will weep tears of blood and rend their flesh in grief. The bells in his hair will sing his coming, and the milk men in the stone tents will fear his name. The prince is riding, and he shall be the stallion who mounts the world.

Originally, this was believed to have been Khal Drogo and Daenerys’ unborn son Rhaego. But in a serious power move, in episode six of season six, Dany descends upon the khalasar on Drogon’s back to show that she is as fierce as the storm, riding like the wind with [her] khalasar behind [her] covering the earth. That or her “son”, Drogon, being the biggest, fiercest, scaliest horse the Dothraki have ever seen to actually be the prophesized stallion. Whichever way you want to look at it.

Troublingly, though this speech she gives from her stallion son’s back rouses the khalasar to follow her over the black salt sea, she also demands of them to “tear down their stone houses.” So once in Westeros, it’s clear that the Dothraki are there for one thing: conquest. What comes after is less clear.

Just moments before Dany reintroduced the Dothraki to the existence of dragons, Daario Naharis tells her that she is not meant to sit on a chair—she is a conqueror, which she is certainly good at, taking three Essosi cities and inspiring two infamous armies to follow her. She would run into issues however, when it came to the ill-defined world of politics that Tyrion and Varys are better suited to handle.

The preview for this Sunday’s episode perhaps suggests that she has become accustomed to her family’s words “Fire and Blood” winning her enemies over. While strength works to woo the hearts of the Dothraki, it only steels the hearts of the Westerosi who so fear them. For them, dragons were an unknown--are they really so big? Do they even breathe fire?--while the Dothraki's brutality is well-known and all around abhorred.

Any use of the Dothraki on the mainland just affirms the kingdoms’ fears that unless they fight the Dragon Queen, their homes will be burned, reduced to grassland for the Dothraki to lord over. And Dany’s current rhetoric seems to support that as well.