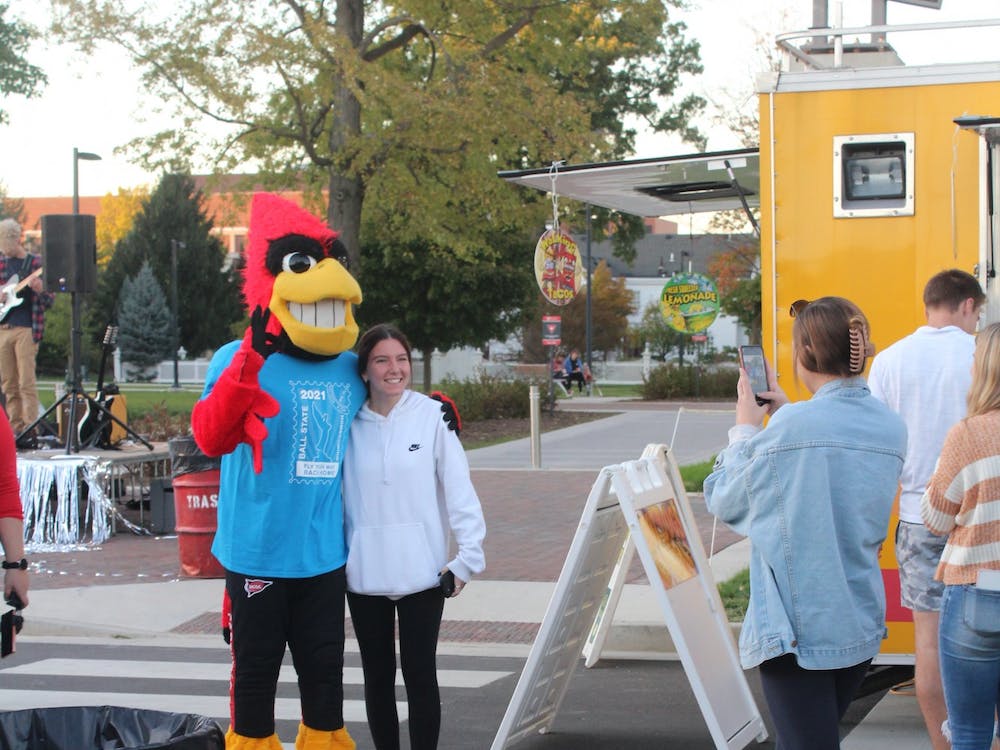 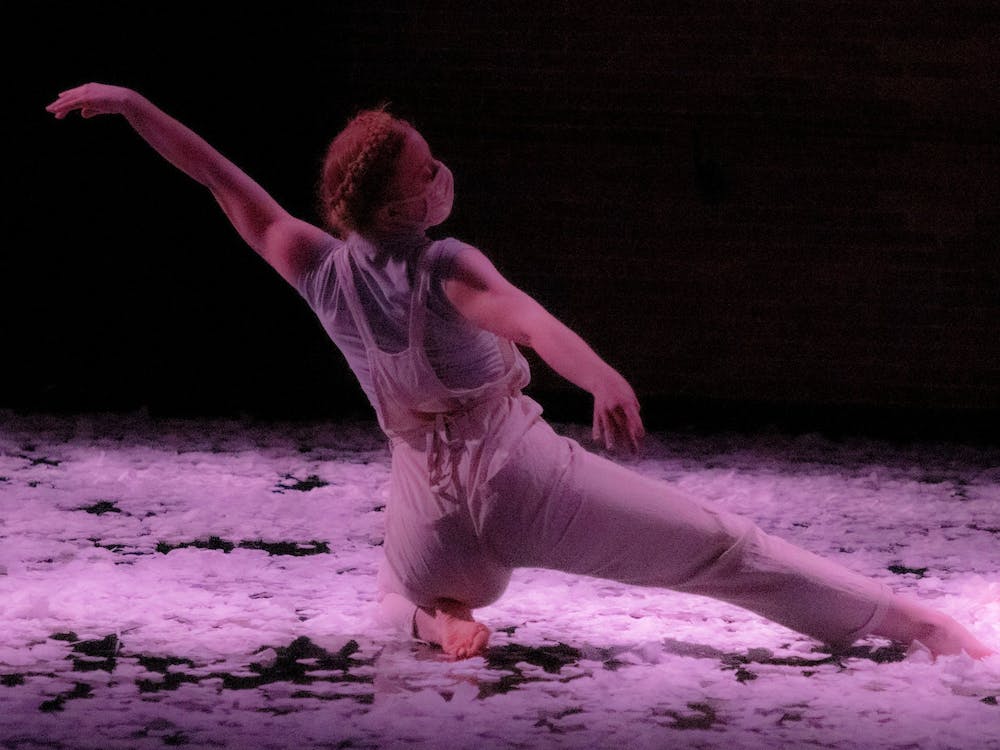 A History of Knowing and Loving and Remembering and Forgetting 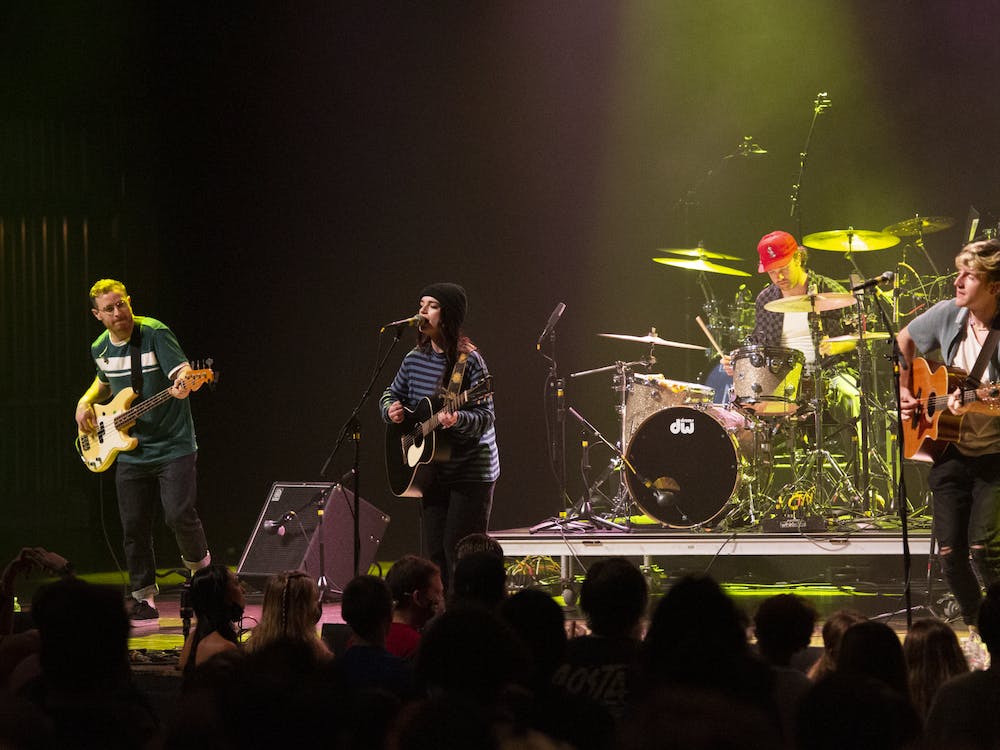 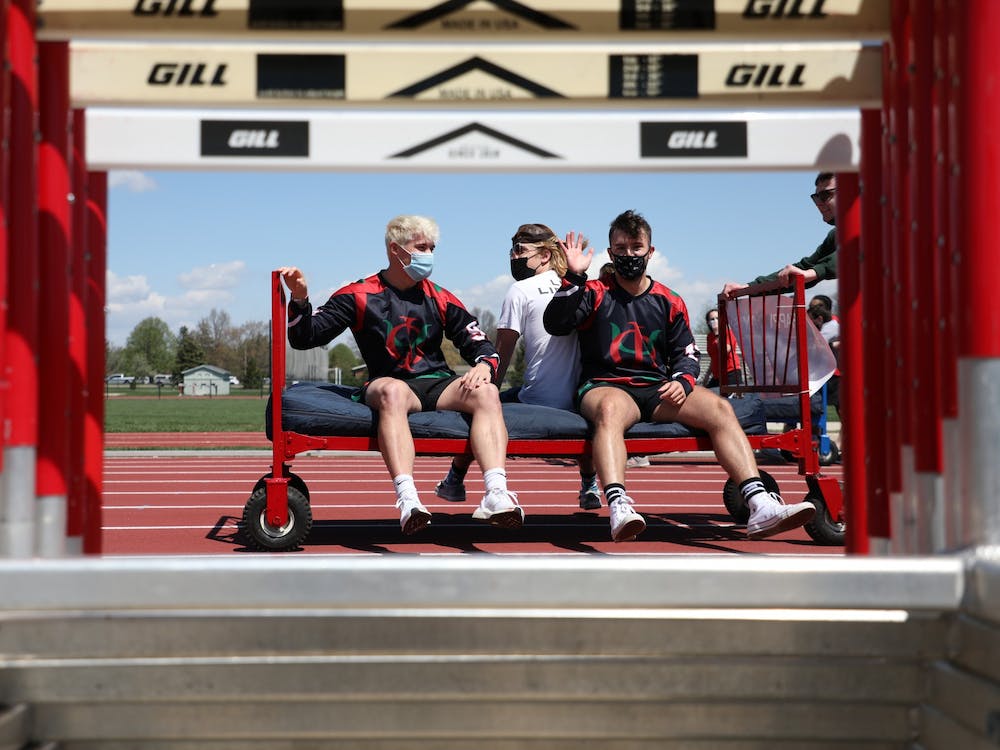 As part of Spring Homecoming, groups from across Ball State competed  against each other in Bed Races at Briner Sports Track on April 30. Bed  Races is the last event of Ball State’s first spring Homecoming, moved  to the spring semester due to the coronavirus outbreak. This event was  streamed virtually with no guests allowed in the stands, a break from  tradition due to COVID-19 concerns. 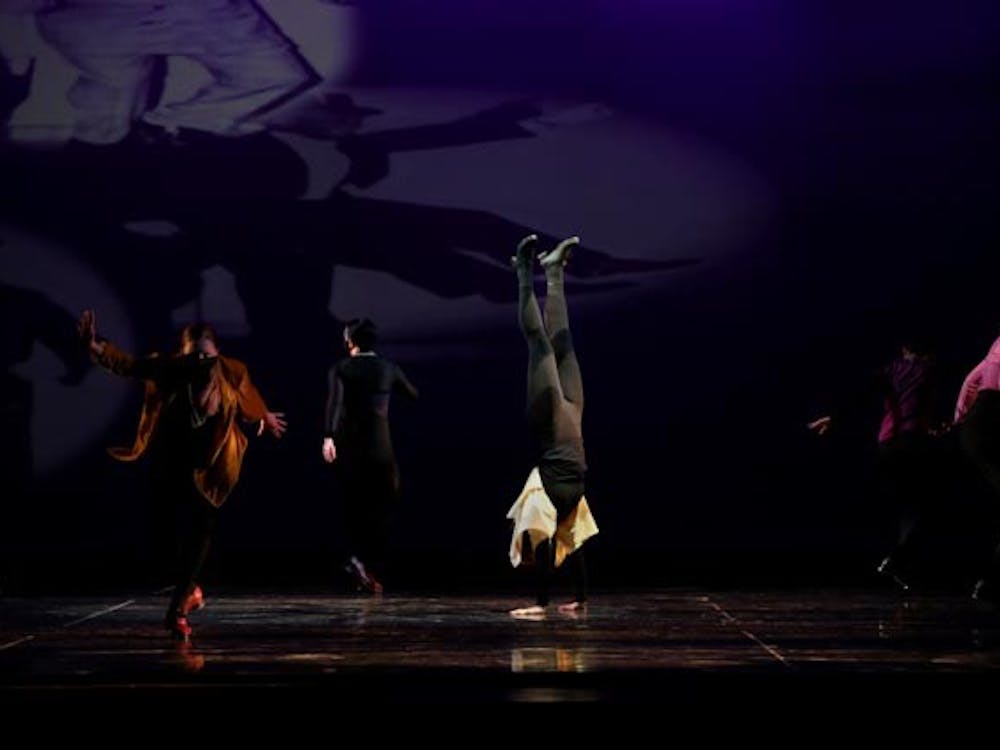 Theatre and dance majors will be performing in the first dance  show of the spring 2021 season in “Tribute.” “Tribute” is a 50 minute  show choreographed by Anne Beck and Michael Humphrey showcasing the  African roots of popular musical stylings such as Jazz and swing, and  how it even affects modern styles of dance and music. The show will be  only shown as a livestream on March 13, at 7:30 p.m. For tickets, please  visit bsu.edu/theatre. 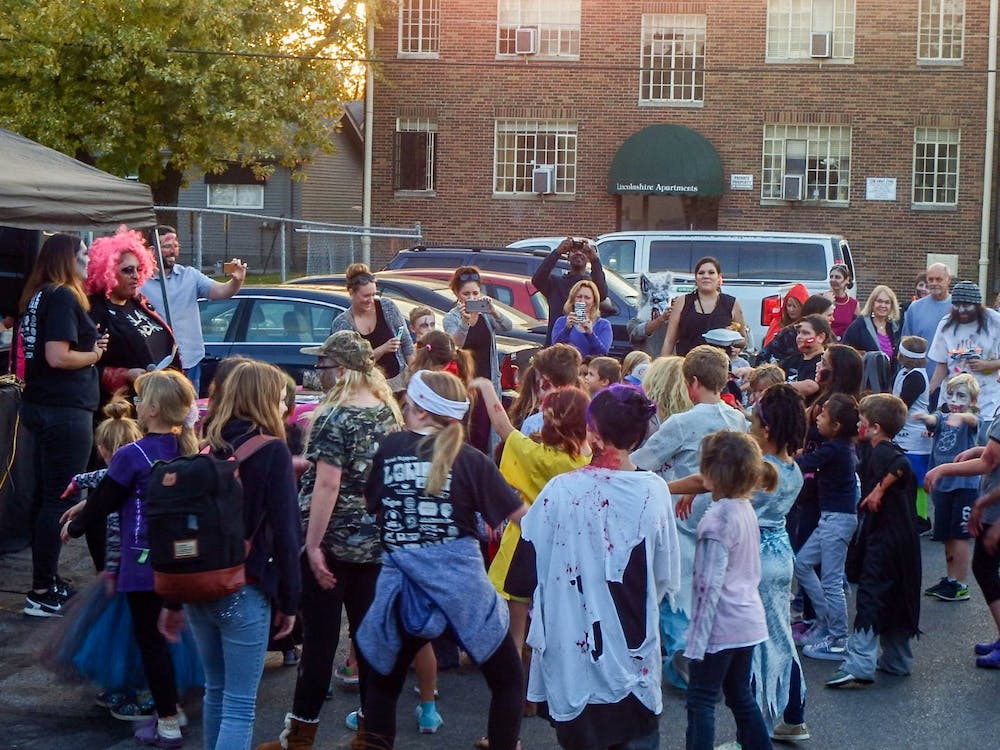 Zombies have been a cultural phenomenon ever since George Romero’s Night of the Living Dead  first frightened audiences in 1968. While by no means the first example  of a “zombie-like” creature in film, Romero is largely responsible for  the modern zombie we all known and love today. These mindless, brain  eating monsters are surely frightening, but who knew they could also  allow for a night of fun and community service? Every October across the world groups of people organize zombie  walks. What exactly is a zombie walk? It is essentially a mob of people  who come together dressed as zombies to lumber across town simulating a  horde. Often, these events resemble pub crawls or organized flashmobs.  According to a CBC interview with Sarah Lauro, a professor who studied zombies at Clemson University and author of The Transatlantic Zombie: Slavery, Rebellion, and Living Death,  the trend started in Toronto in 2003, but later became popular in 2005  as a result of the Iraq war and the subsequent cultural upset. In short,  zombies became a sort of catharsis for the public. Lauro speaks about the cathartic effect zombies have: “And the facts are there that, when we are experiencing economic  crises, the vast population is feeling disempowered. … Either playing  dead themselves … or watching a show like Walking Dead provides a great variety of outlets for people.” So basically zombies can help society through some rough patches.  With this explanation of why zombies are so popular in mind, let’s take a  look at these zombie walks in a bit more detail. With this in mind,  Lauro gives us a glimpse at the magnitude of zombie walk events: “As of [2012]… zombie walks had been documented in 20 countries. The  largest gathering drew more than 4,000 participants at the New Jersey  Zombie Walk in Asbury Park, N.J., in October 2010, according to Guinness  World Records.” Dressing up and walking around as zombies sounds great, but is there  really a point to it other than blowing off some steam? Well yes! Other  than allowing for a great time, many zombie walks serve as fundraisers  for nonprofit organizations. An example of such a zombie walk happens annually in Indianapolis.  Taking place Saturday October 21, the Broad Ripple Zombie Walk returned  for its 12th year. Okay so people walk around dressed as zombies, but what else? While  the undead parade happens later at night, there are other activities for  zombie walkers and spectators to partake in while waiting. Notably, a  large makeup table run by staff from Tricoci University of Beauty  Culture. With plenty of costume accessories such as fake blood, bite  marks, and pieces of “flesh” on hand, attendees were able to become  zombified in a matter of minutes. For an event focused on brain eating monsters, Broad Ripple Zombie Walk offers plenty of family friendly activities. Other than the makeup booth on hand for children to transform themselves into freaky zombies, volunteers host carnival games for children to partake in and even win prizes. While celebrating guts and gore is always a good time, the Broad Ripple Zombie Walk serves a more important purpose as a fundraiser to benefit Gleaners Food Bank. According to the event’s official Facebook page, “The Broad Ripple Zombie Walk had over 1000 zombies and collected 4,500lbs of canned food.” During last year’s event, the Indy Star Reports that “The Broad Ripple Zombie Walk had more than 800 zombies and collected 3,500 pounds of canned food. Organizers have raised the goal to 5,000 pounds this year.” The amount of participants and food collected indicates that a zombie walk is definitely an effective way to host a fundraiser. It may seem a bit strange that zombies, creatures known for violence and destruction can go hand in hand with altruistic ideals. With the popularity of shows like The Walking Dead and movies like World War Z, the zombie trend has infected the mainstream media and boosted zombies into a cultural phenomenon. Capitalizing on the popularity of these creatures is a sure-fire way to help communities in a fun, unique way. The Broad Ripple zombie walk is not an isolated case of this type of unconventional fundraising. These types of events happen often around Halloween and are often largely successful. Who knew zombies could be so helpful? Zombies are staples of Halloween, mainly because they’re freaky, gross monsters. However, instead of coming together to destroy communities, as they do so often in horror media, these zombies are coming together to lift communities up. 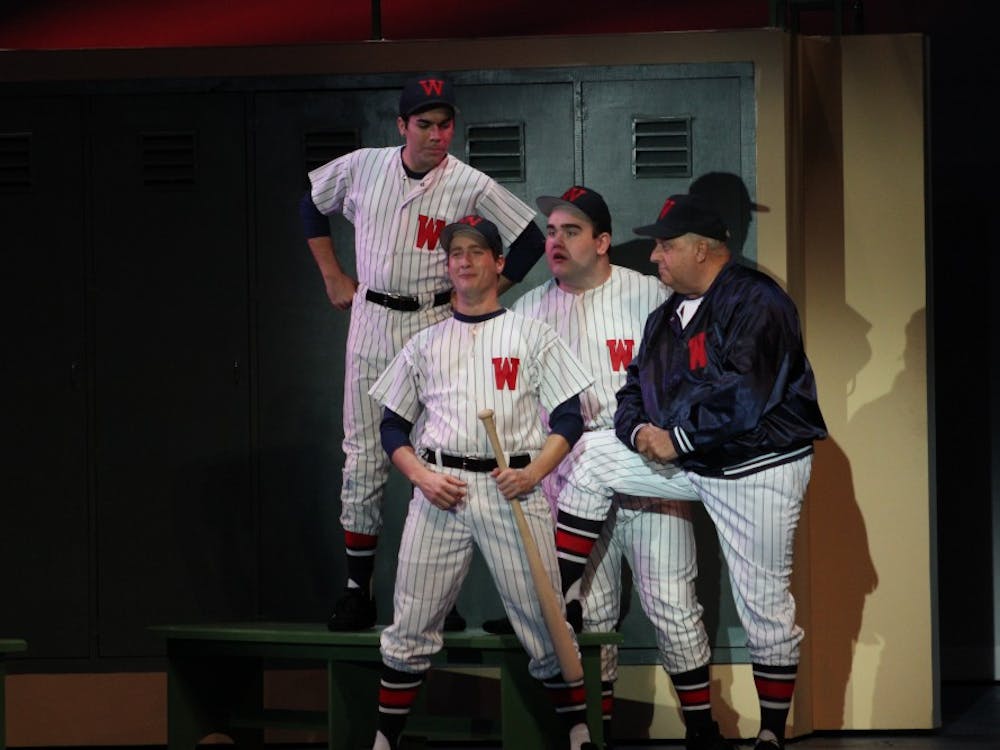