INDIANAPOLIS (AP) — His rivals out of the way, Donald Trump has become the Republican Party's presumptive presidential nominee.

Ohio Gov. John Kasich will announce the end of his underdog White House bid on Wednesday, according to three campaign officials who spoke on the condition of anonymity because they were not authorized to discuss the candidate's plans. The decision comes a day after Trump's only other rival, Ted Cruz, left the 2016 contest.

With no GOP opponents left, Trump has an open path to represent the party in the November general election — presumably against Democratic front-runner Hillary Clinton.

Clinton, in her first remarks since Trump's new status was crystalized, said she was more than prepared to handle the kind of deeply personal attacks that helped defeat Trump's Republican rivals.

"To me, this is the classic case of a blustering, bullying guy," Clinton told CNN.

Trump even went after Kasich's eating style as "disgusting" in recent weeks among other pointed attacks against the second-term governor. Kasich, largely an afterthought for much of the campaign though armed with an extensive political resume, struggled to connect with Republican primary voters in a year dominated by anti-establishment frustration.

Early Wednesday, Trump signaled a new phase of his outsider campaign that includes a search for a running mate with experience governing and outreach to one-time competitors in an effort to heal the fractured Republican Party.

"I am confident I can unite much of" the GOP, Trump said Wednesday on NBC's "Today Show, as several prominent Republicans said they'd prefer Democrat Clinton over the New York billionaire.

On the Democratic side, former secretary of state Clinton suffered a defeat Tuesday in Indiana to her rival, Bernie Sanders, but she still holds a definitive lead among delegates who will decide the Democratic nomination.

The Republican competition changed dramatically with Trump's Indiana victory and Cruz's abrupt decision to quit the race. Trump won the Indiana contest with 53.3 percent of the vote, to Cruz's 36.6 percent and Kasich's 7.6 percent, according to unofficial results.

Some Republican leaders remain acutely wary of Trump and have insisted they could never support him, even in a faceoff against Clinton.

"The answer is simple: No," Tweeted Nebraska Sen. Ben Sasse, who has consistently said he could not support Trump.

"Prayer," responded Republican strategist Tim Miller, a leader of one of the GOP's anti-Trump groups. "Donald Trump is just going to have an impossible time bringing together the Republican coalition."

Some conservative leaders were planning a Wednesday meeting to assess the viability of launching a third party candidacy to compete with him in the fall. Such Republicans worry about Trump's views on immigration and foreign policy, as well as his over-the-top persona.

Hours before clinching victory in Indiana, Trump was floating an unsubstantiated claim that Cruz's father appeared in a 1963 photograph with John F. Kennedy's assassin, Lee Harvey Oswald — citing a report first published by the National Enquirer.

That line of attack was the final straw for some Republican critics.

"The GOP is going to nominate for president a guy who reads the National Enquirer and thinks it's on the level," Mark Salter, a top campaign aide to 2008 Republican nominee John McCain, wrote on Twitter. He added Clinton's slogan: "I'm with her."

On finding a running mate, Trump told MSNBC's "Morning Joe" that he'll "probably go the political route," saying he's inclined to pick someone who can "help me get legislation passed." Trump didn't identify any of the names under consideration.

Trump told CNN that he'd consider Kasich as a possible running mate, predicting the Ohio governor would be helpful this fall in any role given his state's significance in the general election.

"I'm really looking at small contributions, not the big ones. I don't want anyone to have big influence over me," he said.

While Trump signaled he would not seek assistance from any super PACs, an allied super PAC held a conference call on Wednesday led by Ed Rollins, Ronald Reagan's 1984 campaign manager.

Rollins acknowledged he was "a cynic at first" about Trump. But he said he grew to respect him as a master politician who "came in and conquered this game." Trump is going to need help raising money to fight a well-funded Clinton, Rollins said on the call.

A prominent Cruz donor, Mica Mosbacher, quickly signaled support for Trump and urged others to follow.

"I call on fellow conservatives to unite and support our new nominee Trump," said Mosbacher, widow of a member of George H.W. Bush's cabinet. "My heart goes out to Cruz who has a bright future. He did the unselfish thing to drop out."

Vermont Sen. Bernie Sanders eked out a victory over Clinton in Indiana, 52.5 percent to 47.5 percent. But the outcome will not slow the former first lady's march to the Democratic nomination. Heading into Tuesday's voting, Clinton had 92 percent of the delegates she needs.

"I know that the Clinton campaign thinks this campaign is over. They're wrong," Sanders said defiantly in an interview Tuesday night.

As announced by Ball State University Associate Professor of Chemistry Sundeep Rayat, Ball State is encouraging students to apply for a Teacher-Scholar Program. This program is aimed mostly towards transfer students and first and second year students.

By Indiana Capital Chronicle / 2 days ago 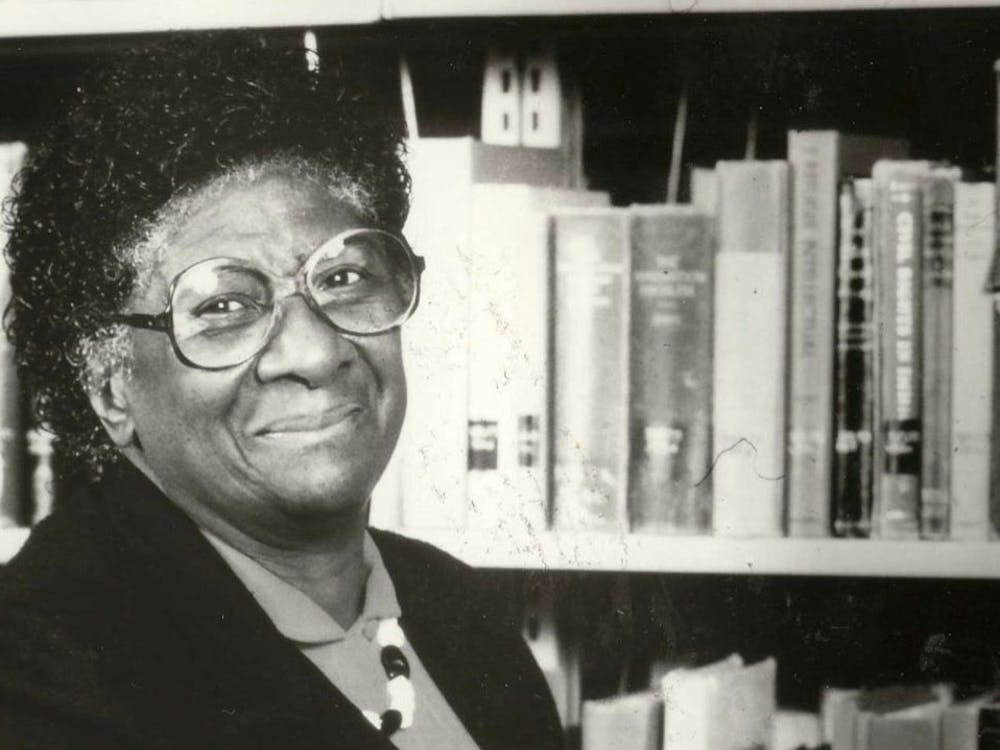