As a child, Lourenzo Giple saw a civil war affect every aspect of his life and community. Giple spent the first nine years of his life in Liberia and fled the country at 11 years old with his younger siblings —  joining his father in Indianapolis while his mother stayed in Liberia for an additional seven years.

Giple had to adjust to a new environment as a result of the move and knew he was different when he was placed in an English-as-a-second-language class at Eastwood Middle School.

“I would sit in class where they’re trying to teach us English and I’m like, ‘I’ve been speaking English all my life,’” Giple said. “I know I was speaking English … you just don’t understand me because my speech pattern is way faster than you can listen.”

Giple said he was taught slower speech patterns in school and watched  “Sesame Street” to figure out an understandable speaking pace.

“I was just an 11-year-old kid going through all of the feelings … just understanding how things are here,” he said. “I was the kid from Africa who talked weird, [and], for the longest time, never really fit into a box. I started getting comfortable and getting in fights because kids would make fun of me for the way I’m talking … but, overall, [in the] larger picture, it worked out well.”

Giple, Ball State 2008 architecture graduate, was hired in August as the first Black deputy director of planning, preservation and design for Indianapolis — a new position within the city’s Department of Metropolitan Development.

One of Giple’s responsibilities is to oversee the five divisions of the Department of Metropolitan Development, including historic preservation, current planning, long-range planning, transportation planning and city architect, also known as the urban design division. Giple said one of his priorities is to help minority communities preserve historic buildings.

Giple also said he wants to bridge the gap between the private sector and the city, specifically with architecture, development and design. In the Department of Metropolitan Development, he said he wants to highlight the history of minority communities for the broader public to understand.

Despite being deputy director for more than a month, Giple said he still thinks every day before he goes to work how “surreal” it is that he has his position. When Giple was in high school, he knew he wanted to go to college but was unsure where and what to study.

Deborah Cummings, Giple’s academic counselor from Warren Central High School, was the one who helped encourage Giple to look into architecture.

“Upon meeting him, it was obvious he was a very bright young man and wanted to go to college, so we made sure he was following a college prep curriculum,” Cummings said.

Cummings worked closely with Giple by helping him develop plans and take classes that would help him understand the purposes of architecture. Once she noticed Giple was interested in architecture, she immediately told him to apply to Ball State.

“Once he determined a career in architecture is what he would pursue, I knew there was no time to procrastinate [in] the process of applying to such a competitive program, such as that at Ball State,” Cummings said. “Here, I had to apply a little extra nudge to get things done.”

Once Giple arrived at Ball State, one thing that stood out to him was there weren't many students who looked like him in the College of Architecture. However, he was encouraged to see representation in Olon Dotson, professor of architecture and interim architecture department chair.

Dotson was able to work closely with Giple on projects, especially when he was involved in the National Organization for Minority Architecture Students. When he heard Giple was hired as a deputy director, Dotson said he wasn’t surprised because he knew Giple had the dedication to succeed, but it reinforced to him the historical lack of diversity shown in Department of Metropolitan Development leadership.

“I was a little disappointed — not disappointed in Lourenzo for any reason whatsoever — but disappointed to learn that he’s the first African American to serve in that capacity for the Department of Metropolitan Development for the city,” Dotson said. “We will need to come to a point where we’re not talking about first all the time, especially considering the population of the city.”

Dotson said he knows there are many students in Ball State’s Department of Architecture like Giple who feel different and unable to fit in. He said he realizes the position he holds as a minority faculty member can serve to inspire many students.

“Serving as a faculty adviser for almost 20 years … for many years, I never felt comfortable sitting up on stage at graduations and commencement ceremonies. I always felt more comfortable sitting with families,” Dotson said. “My wife told me, ‘You need to have your butt up there on stage, because they all need to see you — that you are a faculty member because it sets examples. It tells those younger people in the crowd … ‘I can do it, too.’”

Once he started sitting on stage to greet graduates, Dotson said he understood even more the importance of representation and being responsible for inspiring others.

“We need to be encouraging, supportive and share with them our journey so that they know that it’s not easy, but it can happen, for they know that they’re not alone,” Dotson said.

Giple sometimes felt like the only minority in the room, he said, but he believes all the experiences he went through needed to happen to help him get to the place he is now.

“I’ve been in the case of being the only one in the room, so what I mean is that it has helped my experience with where I am at now to be called the first Black deputy director —  I don’t think that’s a big deal,” Giple said. “It allows me to bring in a different perspective of what has been historically done within the field [and] within the city.”

Cummings said she saw Giple work hard, and, despite the difficult journey he faced, she believes he was purposeful with his career.

“Knowing the story of his family’s difficult journey to the U.S. from Liberia and making that journey without his mom, I felt compelled to provide a little extra guidance and oversight,” Cummings said. “He was determined, worked hard and was intentional about his approach to his career. I am so proud to witness what’s happening with him and couldn’t be more proud if he were my own son.” 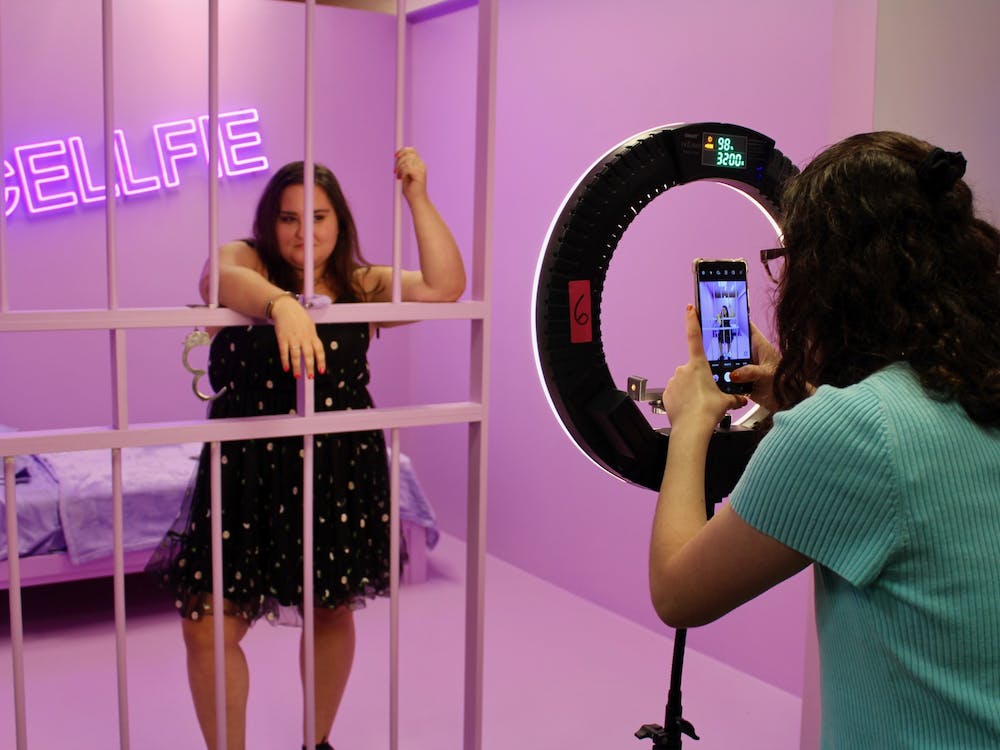 By Savannah Baird / 0 minutes ago

The moment I knew there was a museum dedicated to taking selfies with friends, I wanted to get a group of my own friends together and go to SelfieWRLD Schaumburg and make a day of it. Although I didn’t expect to make a trip to Chicago and back in a day, it was worth every twist in the plan—which included forgetting about the time change and spontaneously stopping at “The Bean” in Millenium Park. 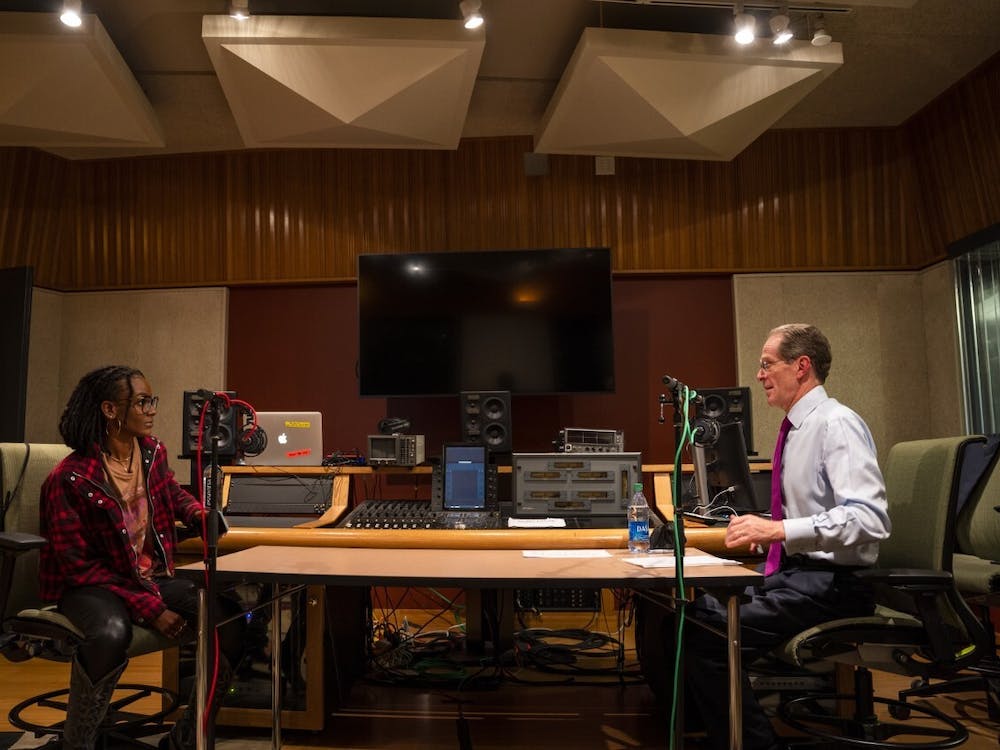 By Maya Wilkins / 5 minutes ago

“What does our call to Beneficence mean to you?” Ball State President Geoffrey Mearns ends each episode of his podcast by asking this question, whether he is speaking with a New York Times bestselling author, a Grammy and Academy award winner or the CEO of Project Lead the Way.

By Taylor Smith / 2 hours ago

Luxury Living at The Village Promenade