With the first part of their season over, there have been a lot more positives than negatives for the Cardinals.

Ball State won 31-27 at Florida Atlantic Sept. 24 to finish the nonconference portion of its schedule with a 3-1 record. Three wins already matches last season's total with still two-thirds of the regular season left to play.

Whether it's a road game against Florida Atlantic or next week's home matchup with Northern Illinois, head coach Mike Neu said it doesn't matter.

"We expect to win every game," Neu said. "When you have one game at the end of the week and seven days to prepare, they're all precious. Every one of them you look at the same way — they're all must-win."

A quick refresher: Ball State beat Georgia State 31-21 in Week 1 and fell behind big in Bloomington the following week, losing 30-20 to Indiana. Ball State dominated Eastern Kentucky in their home opener 41-14 and scored a late touchdown to upend Florida Atlantic.

The Cardinals are 2-1 on the road this season — the first time they have won two of their first three road games since the 2013 season. Ball State went on to finish 10-3 that year.

"You want to win on the road," Neu said. "Obviously, you face some different challenges and obstacles. But we try to go on the road and handle our business. ... The guys approach it as a business trip."

One of the biggest challenges teams face on the road is executing in front of a hostile crowd.

Ball State is averaging 436.2 yards per game, fresh off a 488-yard performance against Florida Atlantic. The running game got off to a hot start this year and has been sophomore quarterback Riley Neal's best friend in getting the passing game going.

But ball security has been an issue. Neal has thrown four interceptions, and the Cardinals have fumbled five times (three lost).

Neal also threw a pick on the opening drive against the Owls, but it was Ball State's only turnover of the game.

"It's something we definitely try to avoid at all costs, but other than that, I feel like we did a really good job on a wet, muggy night," Neal said. "... I think we've progressed really well through nonconference play. I feel like we're close to where we need to be."

In the games prior to Ball State's matchup against Florida Atlantic, it's been the Cardinals' defense keeping them in the game until the offense shakes off a slow start.

It's hard to argue with what the defense has done — third in the MAC in total defense, first in the MAC in rush defense and tied for second in the nation with 17 sacks. With the exception of some big plays here and there, senior Joshua Posley said the defense is still a group on the rise.

"I think we have really good momentum," Posley said. "We have a good mindset going into conference play. We have our toughness almost where we need it to be, but we still have a long way to go."

Expectations weren't always this high, at least not outside the Cardinals' locker room. They were picked to finish second-to-last in the MAC West Division before the season started.

Whether this success will translate over to the MAC schedule remains to be seen. But Ball State is going to find out, starting with rival Northern Illinois at home next week.

"All we cared about was getting to 3-1," Neu said. "Now we come back home and start MAC play against Northern Illinois. I don't care what their record is, it's a good program with a great history. ... We're ready for MAC play."

By Jacob Boissy / 29 minutes ago 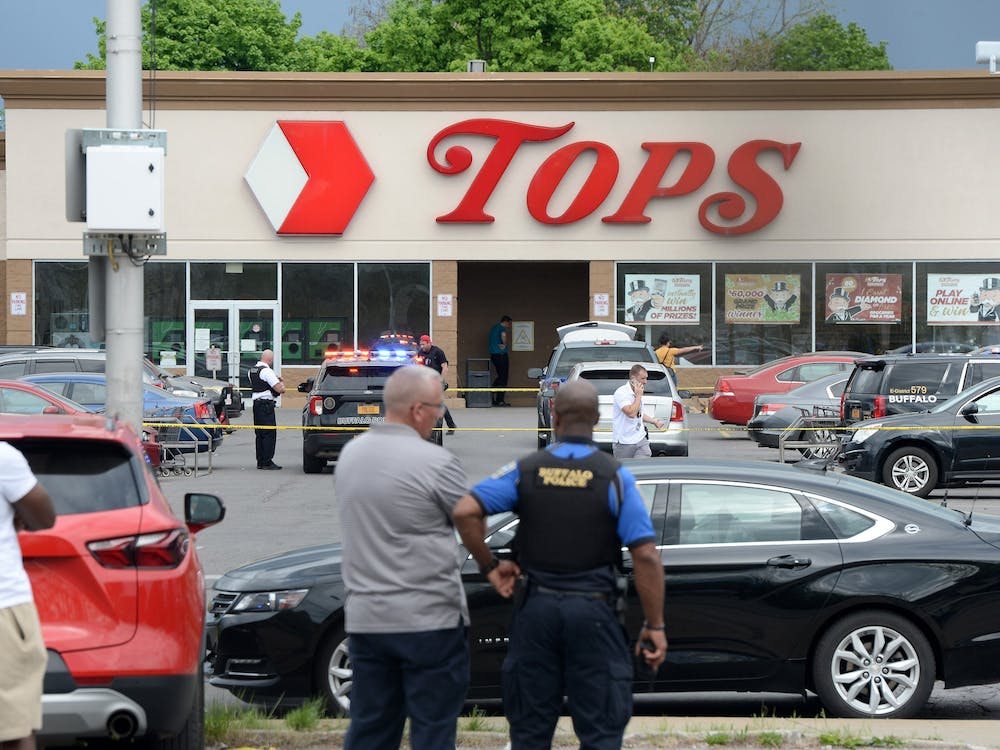 The white gunman who massacred 10 Black shoppers and workers at a Buffalo supermarket pleaded guilty Monday to murder and hate-motivated terrorism charges, guaranteeing he will spend the rest of his life in prison. Payton Gendron, 19, entered the plea Monday in a courthouse roughly two miles from the grocery store where he used a semiautomatic rifle and body armor to carry out a racist assault he hoped would help preserve white power in the U.S.

In the third day of its three day tournament at the Baha Mar Hoops Championship Tournament in Nassau, Bahamas, Ball State Men's Basketball fell to San Jose State in a game that went down to the wire.