Self-balancing boards: 'It's all in the ankles' 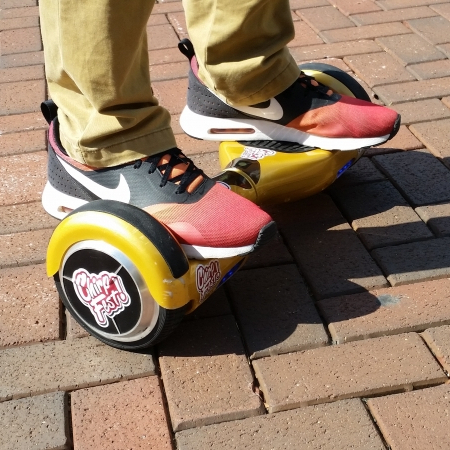 Recently, hoverboards, as they’re commonly referred to, have been showing up around campus and are being sold by the people who organize ChirpFest. The boards operate like a Segway, but lack the pole. DN PHOTO ALEXANDRA SMITH

Bikes are cumbersome, longboards require practice and walking is slow work. Then there is the self-balancing board.

Often called hoverboards, these futuristic-looking contraptions lack the ability to actually lift riders from the ground. Instead, they operate much like a Segway, but without the trademark pole and—it seems—the stigma. Celebrities like Justin Bieber have posted videos of themselves using the hoverboard, but the boards have started showing up on Ball State sidewalks as well.

“It’s weird seeing them around,” says Mikaela McMillen, a senior ceramics major. “The last three years they haven’t been present at all.”

The boards are a fairly recent invention. Chic Robotics, a Chinese company, released one in 2014. However, Dallas Mavericks owner Mark Cuban said he owns the design and Segway, Inc., is claiming ownership of the motor technology.

It’s no wonder that businesses are clamoring to claim responsibility for the scooter. The boards have been appearing on television shows and in YouTube reviews since they were showcased at VidCon in July.

Although self-balancing boards aren't specifically mentioned in Ball State's motor vehicle regulations, skateboards are prohibited according to the document.

Many of the boards seen on campus have been sold by the people who organized ChirpFest, the student-run electronic dance music festival that took place in the Village Sept. 19.

In order to help with promotion of the boards, ChirpFest has a sponsorship with a company called Skywalkers, said Denver McQuaid, a ChirpFest volunteer and hoverboard owner.

ChirpFest has sold 13 boards so far.

The Skywalker scooters can hold up to 300 pounds, and go up to 10 miles per hour. Other brands advertise different, but similar speeds and rider weights.

The scooters must be charged for an average of two to three hours, and once charged can travel for 8-12 miles. This can fluctuate depending on the rider’s weight, as well as how fast the rider is typically going.

Riding one isn’t as hard as it may seem.

“It’s all in the ankles,” McQuaid said. “You can learn the basics in about five minutes.”

To go forward, the rider puts weight on the toes, and to go backwards, the heels. Turning involves putting weight on the directional foot: left goes left, right goes right.

"They look really cool, but the price makes them seem unnecessary,” said Hannah Snider, a freshman travel and tourism major.

Snider’s concerns are not unfounded—normally. The boards sold by the ChirpFest crew and other models typically sell for $1,000-$1,200. There are cheaper models, but those are more likely to break.

Students can buy the boards at half the original price from ChirpFest because of their sponsorship with Skywalkers. An additional discount is given to students as well, McQuaid said.

The boards can have a practical purpose as well.

“I wanted one for fun, but I also wanted it to have a practical purpose that would make the price worth it," McQuaid said. “I use it for filmmaking; it’s very useful on set and very quiet.”

By Corbin Hubert / 10 hours ago

By Bernadette Harding / 16 hours ago

The plot includes a few popular tropes common in young adult romances: clandestine relationships, different backgrounds, second chance romance, etc. These tropes often manage to diminish the importance and validity of relationships that end up shaping how we interact with love in our adult lives. Normal People manages to evade the shallowness of these stereotypes, instead finding depth in an uncommonly truthful perspective on young love and life. 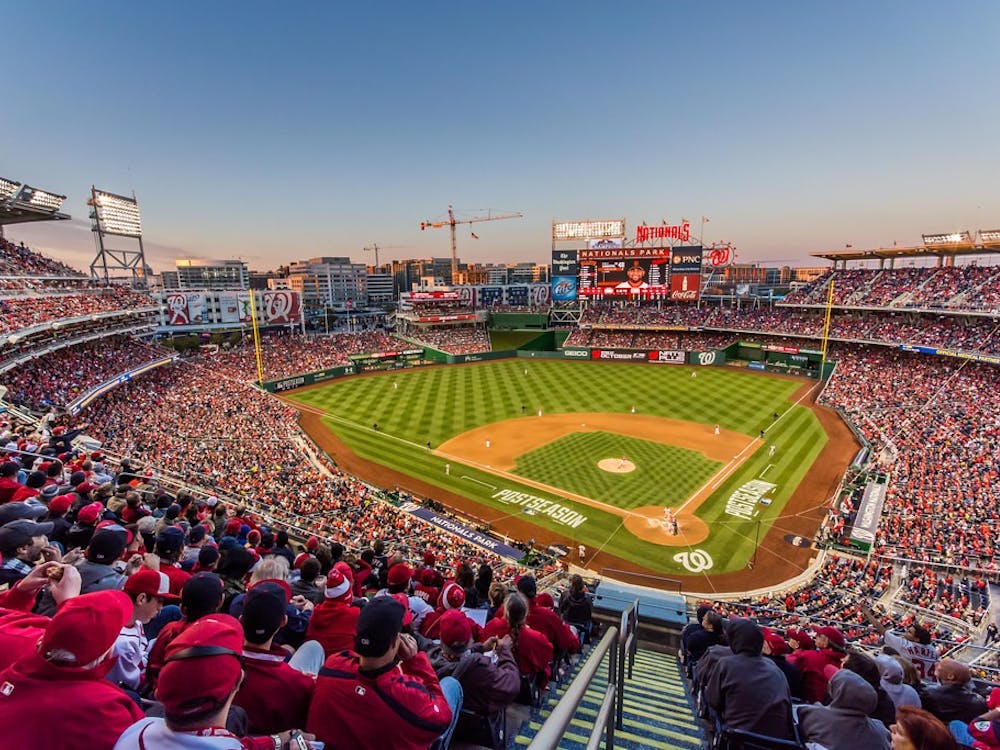