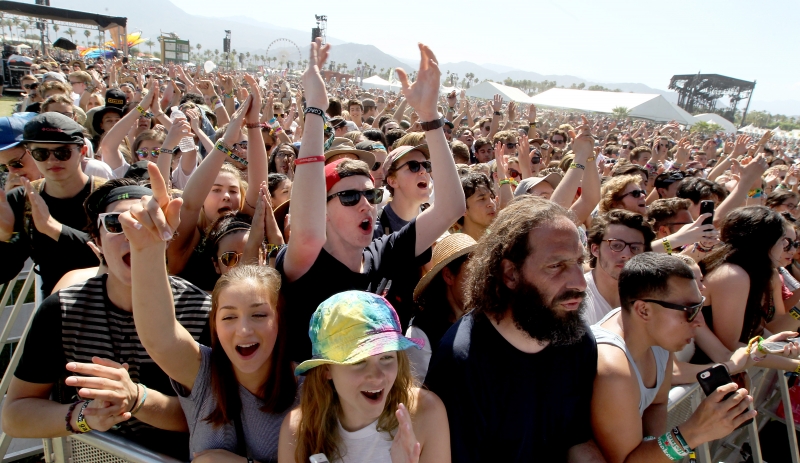 Some notable names showed up to this year’s Coachella Valley Music and Arts Festival, and they weren’t just the famous musicians performing at the annual California music festival.

The Jenner sisters, Kylie and Kendall made an appearance, documenting their style through their Instagram accounts. Both girls showed some skin, but Kendall looked a little more natural than her sister who sported a long, and vibrantly colored hairstyle. Kendall kept her black locks and flung on a bikini and distressed, denim shorts.

Disney Channel star Bella Thorne spent her Coachella flouncing around in a flower crown, if her Instagram is anything to go by. No matter how free-spirited she seemed, some Coachella fashions were apparently too radical for the 17-year-old.

“I’ve witnessed a lot of freaky things at Coachella,” said Thorne to PEOPLE magazine. “I'm not understanding why you're just wearing bikini bottoms, nipple tassels, and thigh-highs. That is a very incomplete outfit."

Other celebrities who enjoyed the music include Kate Boswarth, Victoria Justice, Sarah Hyland and Nikki Reed.

ESPN reporter Britt McHenry let her emotions get the best of her, and now she’s paying the price.

A video posted on the video streaming site LiveLeak showed the 28-year-old tormenting a towing company worker. Even though it was clearly not the garage workers fault, McHenry took it too far when she started insulting the woman’s intelligence and weight.

“In an intense and stressful moment, I allowed my emotions to get the best of me and said some insulting and regrettable things,” said a link posted on McHenry’s Twitter account. "As frustrated as I was, I should always choose to be respectful and take the high road. I am so sorry for my actions and will learn from this mistake."

But the reporter only received a small slap on the wrist for her words --  a one week’s suspension.