Disclaimer: This article contains spoilers for the first season of ‘The End of the F***ing World’ season one. 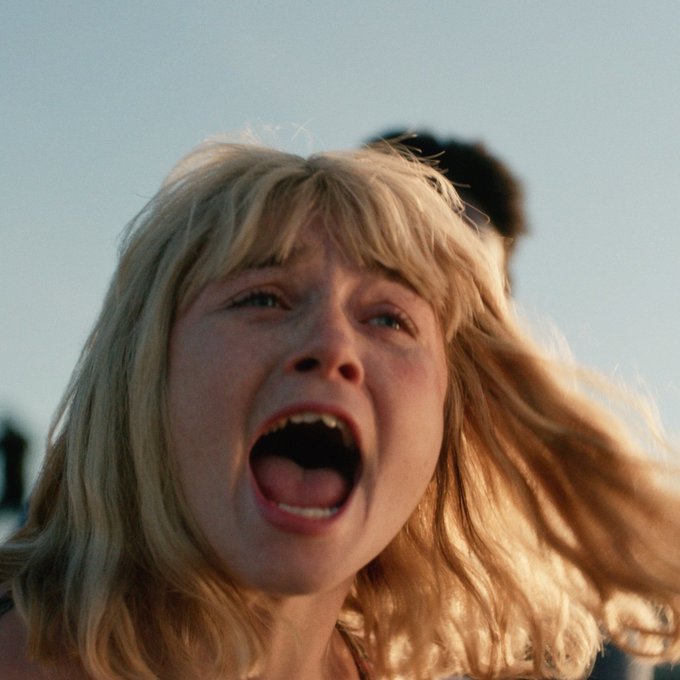 64.1K people are talking about this

Having said this, it may come as a surprise that the recent announcement of a second season of The End of the F***ing World filled me with dread rather than excitement. As much as I loved the first season of The End of the F***ing World, I can honestly say that I 100% did not want a second season, and now that I’ve heard the announcement that it is coming, whether I like it or not, I have some doubts. Before anyone crucifies me as a “fake fan,” let me explain myself.

We already have a perfect ending

The ending of the first season of End of the F***ing World definitely sparked some controversy. Some people were incredibly mad because of the total ambiguity as to what happened next. While many fans viewed this as a “cliffhanger,” making a second season practically inevitable, it seemed to me like the perfect ending to James’ character arc.

James starts out the show as a self-diagnosed psychopath and by the end, he finally “understands what people mean to each other.” What more beautiful way to demonstrate this lesson than him sacrificing his safety (and likely his life) for Alyssa, whom he initially wanted to kill? Ultimately, James’ story, which is what we set out on the journey of this show to learn, has been concluded. Making up more story for James will inevitably feel contrived. We’ve already seen his journey; there’s nothing left to see; the show is over.

On the other hand, some fans will be quick to point out that so far, none of the promotional photos for the second season have contained James. Therefore, there’s a good chance that he will not appear in the second season, and therefore, we won’t need more story or a brand-new character arc from him. But my question is: if one of the characters that drove the entire first season is completely absent in this new season, why would I want to watch it? The show wouldn’t be the same without James. In fact, Jonathon Erstwhile, creator of the show, even said, “For me, it’s about James and Alyssa – and I think that’s what people have connected with. I think a season two would have to involve James and Alyssa somehow.”

However, there is the possibility of still having James in the show but focusing more on Alyssa’s character arc. I will concede that this is a definite possibility. But the original season was all about how both of them changed and became better people through their love for one another, and having one character in that relationship who completed his character arc would ruin that idea of them both being changed by love since James would mostly be lying stagnant while Alyssa grows. It would definitely ruin some of the dynamics of their relationship and the show as a whole. This would also limit the possibility of growth for Alyssa, since she doesn’t have a partner to grow with, so to speak.

Season 1 was based on the comic book

Period. Season one ended where author Charles Forsman, intended it to end. Why are we still even debating this? Trying to add more to this story that is already finished based on the intentions of the original author is frankly disrespectful to his work and his intentions.

However, some may argue that the book and the show were actually quite different. And this is true, but the book established the tone of the show and the events that would happen in the show. Additionally, the book contained, word-for-word, some of the most important lines of the show (ex. “I’m almost 18 and I think I understand what people mean to each other” and “I was not her protector. She was mine.”) Some may still argue that there is enough difference that they have faith in the show’s writers to make a second season good, and I urge those people to look at what happened to 13 Reasons Why when they decided to make a second season based off of no source material whatsoever. Sure, the first season was quite different from the book it was based on, but going on no source material is a completely different beast, as the ratings prove: between the first and second season, the Rotten Tomatoes score dropped 54%, going from 79% to 25%. Why would we want to see that happen to our beloved The End of the F***ing World?

I really do understand wanting more of this show, because it’s truly a fantastic series. But overall, isn’t it better to just have one really great season rather than a great season tied to a mediocre season that ultimately brings down the quality of the show as a whole? Why couldn’t we let this show just be like Over the Garden Wall which took just the amount of time it needed to tell its intended story and was left untouched after that?

Overall, I know myself, and I know that I will certainly still watch the new season, despite my wariness. I am trying to hold on to hope for the second season since the same show writers are returning and Graham Coxon, who beautifully scored the first season, is returning to create the soundtrack for this season as well. However, none of that changes the fact that I feel I was robbed of one of the most perfect, beautifully dramatic and ambiguous endings in any TV show in favor of the “more is always better” mentality.