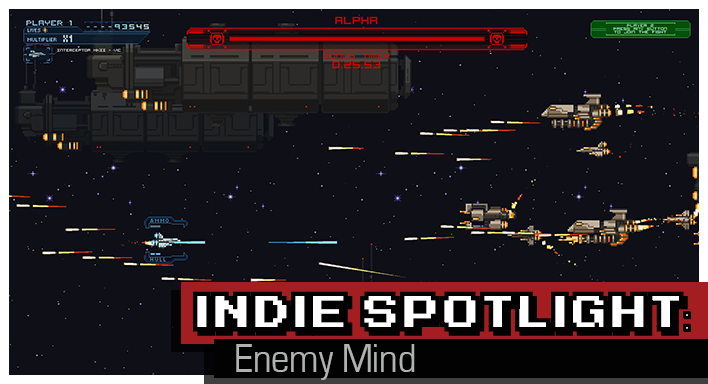 Enemy Mind is a game I wouldn’t have stumbled upon had it not been for the Hum­­ble Bundle. After spending some time with it, though, I’m glad I found it, because it ended up being an extremely unique and surprisingly complex arcade game.

Enemy Mind is a retro, 2D-scrolling space shooter, a la R-Type or Gradius, complete with clean, pixelated visuals and a chiptune soundtrack. The thing that sets Enemy Mind apart from others is that the player has the ability to take control of any ship on the screen.

Each ship has its own unique attack, as well as health and ammo stats. If the ammo drops to zero, the ship becomes little more than a mobile hull, and if the hull energy is depleted, a life is lost and you have to restart the wave.

Enemy Mind is easy to pick up and play, but it also provides decent challenge, especially as the game progresses. Later on, the game could even be considered a bullet-hell shooter, as projectiles fill the screen and you’re left to search for the smallest gaps.

The game is relatively short, being composed of eight levels, each containing about nine waves and a boss battle. Despite its length, both the combat and story have a surprising amount of depth.

Players control a third party caught between a war between humans and a hive-mind alien race. Making no official alliances in the conflict, players have to survive attacks from both sides. Players can jump between either factions’ ships, and this is where the aforementioned depth comes into play.

Gameplay wise, when both armies’ ships are on the screen, they will attack not only the player, but also the opposing members. This can be advantageous by planning jumps accordingly in order keep your enemies focused on each other, rather than you.

At the end of each wave, players are treated to a small bit of dialogue from either the humans or the aliens. Possessing human ships will result in radio messages from the commander, while controlling alien ships will yield a transmission from the hive-mind. 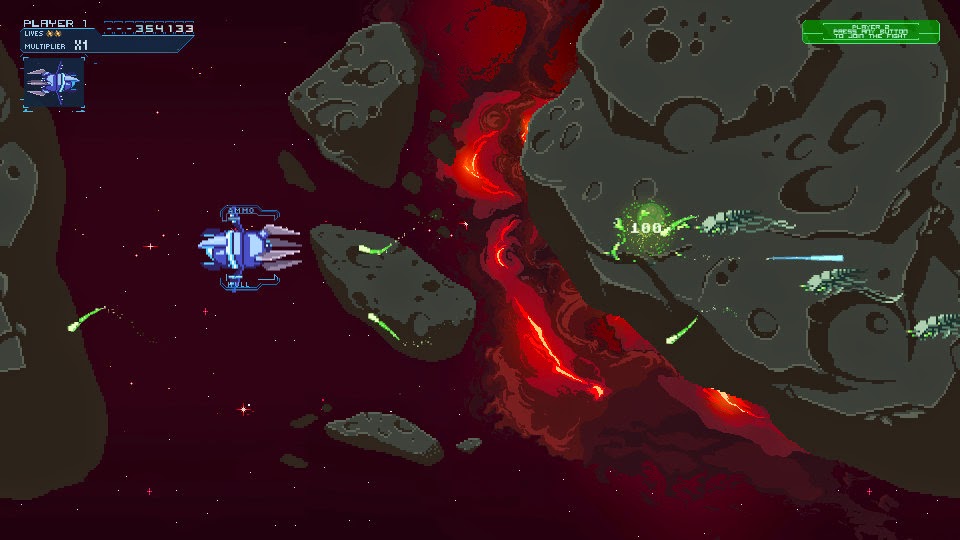 While the main story is short, the game has a lot of elements that will have you coming back for more. There are at least two different endings, with a speculated hidden third ending. Alongside the story mode is Arcade Mode, which challenges players against endless waves of enemies, and Boss Rush mode, which give players three lives and pits them against all of the games bosses back to back. These are unlocked after beating the campaign.

There are also a handful of mini games that are free to play at anytime. Another great feature is that every mode contains its own leaderboards, for the competitive types, and optional co-op for up to four people, for the friendly types.

Between its great style and sound, easy-to-learn, hard-to-master gameplay, surprisingly compelling story, and abundant replayability, Enemy Mind is a game that does not deserve to be overlooked.