Have you ever wanted to be an ex-football player turned military research assistant who fights Russian space robots in a colony orbiting the moon while sliding around on his knees using rocket boosters?

If you happen to have such strangely specific interests then Vanquish is the game for you.

Directed by Shinji Mikami (known for Resident Evil 4, Shadows of the Damned, and the upcoming The Evil Within) and developed by Platinum Games in October 2010, Vanquish is a third person shooter that emphasizes fast mobility to stand out in the cover-based shooter genre.

You take control of Sam Gideon. He is employed by the Defense Advanced Research Projects Agency on a search and rescue mission with a prototype Augmented Reaction Suit.

The plot of the game is rather simple, harkening back to the early 1990’s anime in which a hot-blooded protagonist uses a power suit to fight against a totalitarian superpower by cutting down its robotic armies. Sam Gideon is attached to a task force composed of marines, special forces, and defense forces on a responsive attack against a sect of Russian forces who seized the colony orbiting the moon. From this colony, the Russian forces improvised a microwave emitter to vaporize San Francisco from orbit. But the real motivation for playing isn’t to learn how this story unfolds; it’s in the intense, fast-paced gameplay. Shinji Mikami, being a master of developing third-person shooters, brings players an action-packed, bullet filled-romp with speed that a racing game would envy. 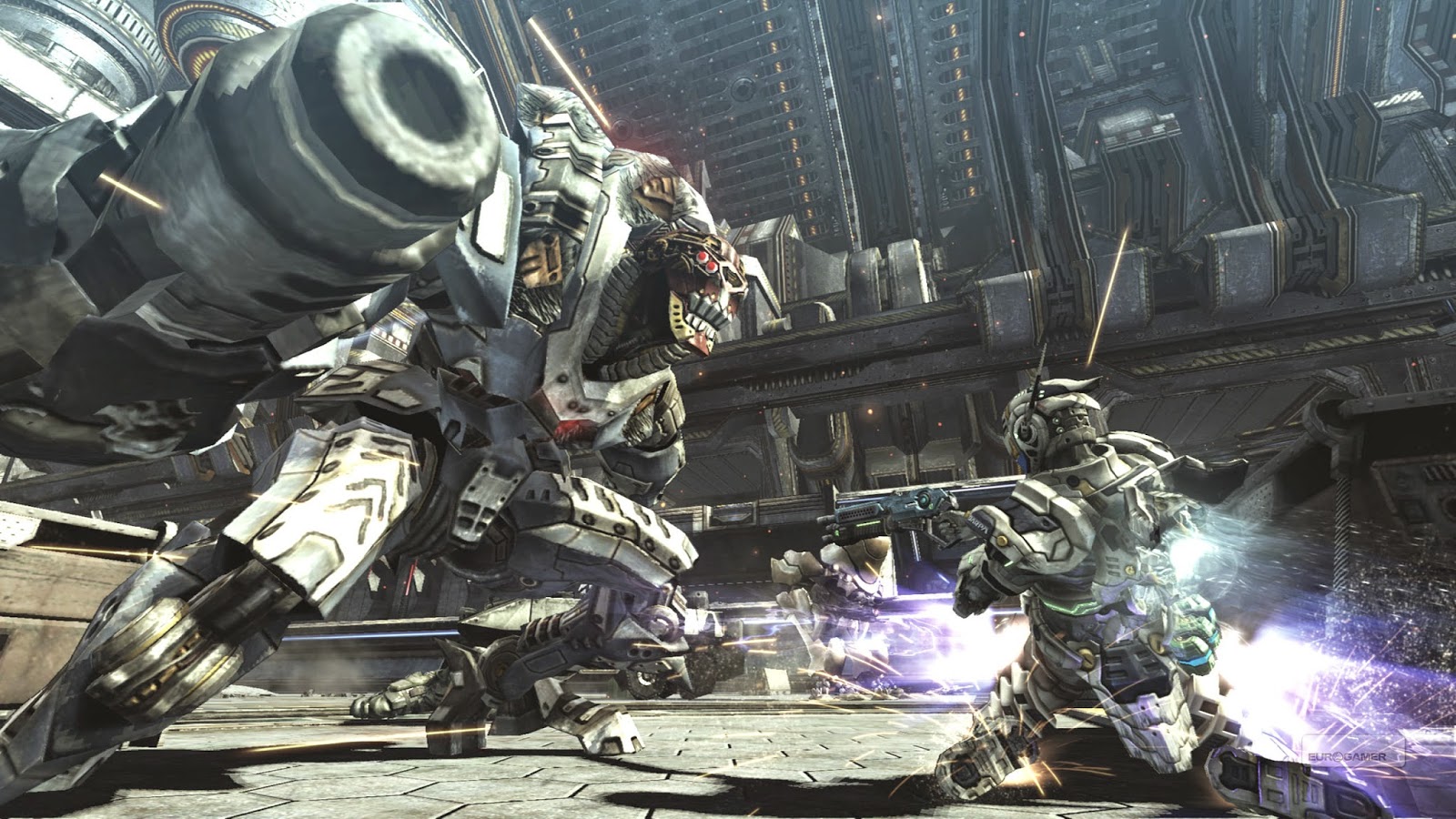 The game’s unique movement system is what really makes it shine today. Although there are cover mechanics, you’re actively encouraged to use a set of rocket thrusters built into Sam’s Augmented Reaction Suit, allowing you to speed around the battlefield and avoid enemy fire. Even in cover, you can still do some incredibly cool things. Leaping out of cover and aiming at the same time allows you to activate the augmented reaction: a mechanic that slows down time to allow for increased accuracy.

Long story short, bullet time can be activated any time the player is falling through the air, allowing for some incredibly stylish skills.

Vanquish’s awesome gameplay earned it multiple awards such as “Best Shooter” award from X360, and my personal favorite: GamesRadar’s “Most Oh S**t Moments Per Minute” award.

Aesthetically, Vanquish can be rather dull, because the game’s palette seems to consist of gray, white, black, and some red here and there.

Despite the rather bleak colors, Vanquish makes up for it by rendering an incredible amount of objects on the screen at once. Particles, enemies, geometry, and smooth animations are all brought on screen in 1044x720p HD. A rather impressive feat considering its 2010 release, and Platinum’s not-so-grandiose budget compared to the average AAA blockbuster produced in the west. 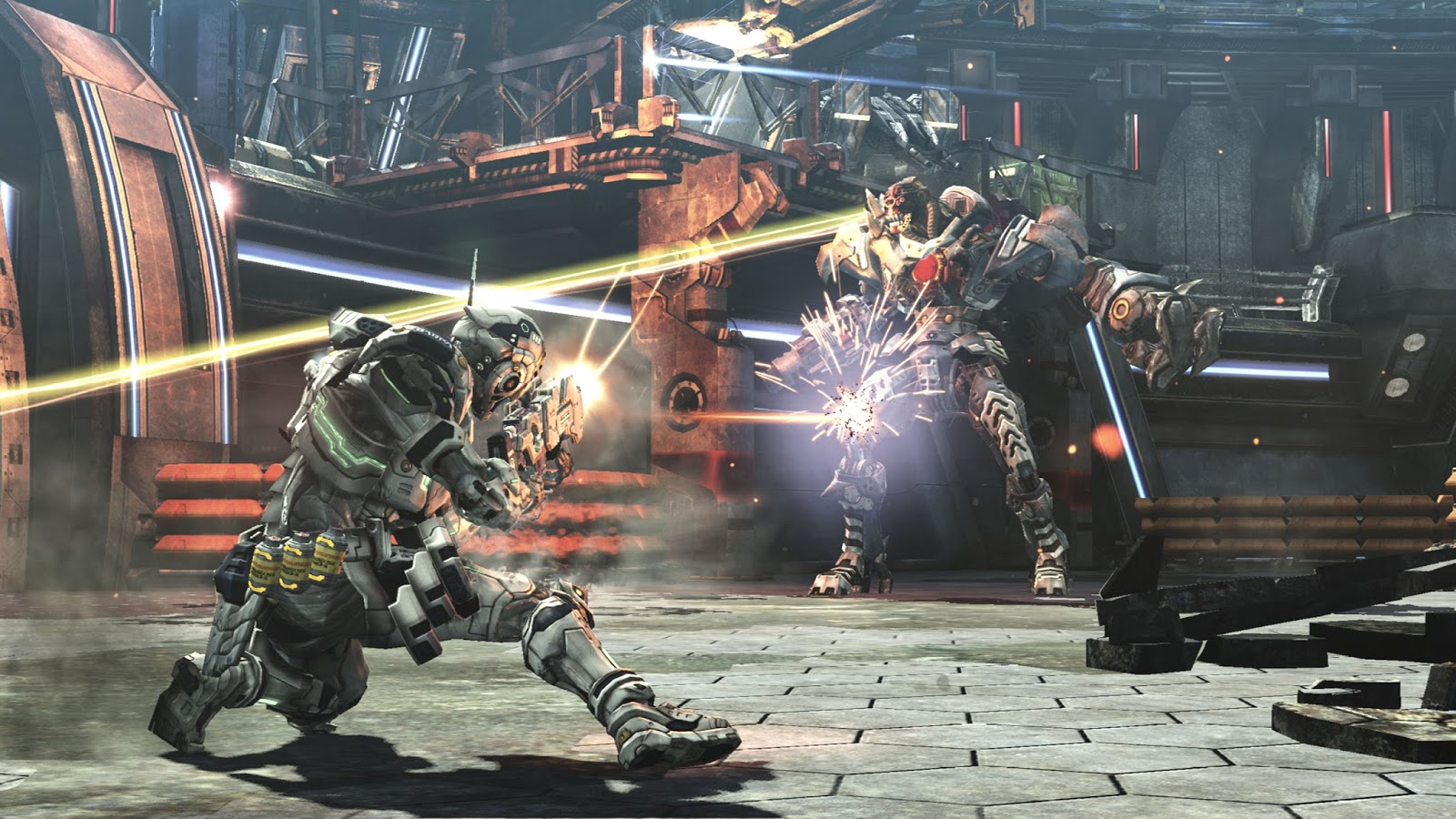 However, thanks to clever development tricks like screen distortion and per-object motion blur, fast movements and large explosions don’t hinder the frame rate, even on the now-aging last-gen consoles.

A common criticism is that the campaign is too short as it can easily be completed in under eight hours. If you play it on an easy difficulty, or if you figure out how to effectively utilize the gameplay mechanics, you can beat the game in less time than that.

Even though the game has a rather short campaign, it still offers lots of replay value, just like Platinum Games’ other titles like Bayonetta and Metal Gear Rising.

Multiple levels of difficulty add for more challenging gameplay, in which an extensive understanding of game mechanics is necessary for survival. There are additional trial missions available aside from the main campaign, with intense challenges where you can test for multiple solutions. Each mission, you’re evaluated by a multiple factors. These factors include: completion time, accuracy, kills, damage taken, time out of cover, allied soldiers protected, and number of kills during augmented reaction.

Despite the short campaign, the trial missions and added difficulties of the campaign provides almost endless replay value. This high-octane shooter will cost you about ten dollars and is available for Playstation 3 and Xbox 360.