The oft-forgotten savior of a beloved franchise: Naoki Yoshida is underappreciated

Following this year’s edition of The Game Awards, there were a lot of questions asked. How did Disco Elysium win the most awards? Well, because Disco Elysium is very good and everyone should play it. Or, why did Sekiro: Shadows Die Twice win Game of the Year over both Death Stranding and Super Smash Bros. Ultimate? Because Sekiro deserved it over the other two for being a real video game and not, say, a walking sim or a cheap party game. Or perhaps you were wondering: Why are there so many Google Stadia ads when, judging by the numbers on certain titles, no one will care about the platform by this time next year? Now, that…that’s a valid question.

But the one question I have is: How did Final Fantasy XIV lose in every single category it was nominated in, despite having one of the best years of any massively-multiplayer online game? Its new expansion, Shadowbringers, is widely considered to be one of the best MMO expansions—if Metacritic scores are anything to judge by—if not the best role-playing games on its own, following its accolades in previous years for best MMO and best expansion. Time and time again, this game receives praise, but on the biggest awards stage, FFXIV is pushed aside so a talking condiment with a bad haircut could talk about Fortnite announcements. Naoki Yoshida, the game’s lead producer and director, was even there in person, but just got to watch as Apex Legends holds their own glorified advertisement mid-show before winning best multiplayer, which FFXIV wasn’t even nominated for.

And so, this leads me to talk about how Naoki Yoshida, referred to by fans as “Yoshi-P,” is an under-appreciated game director, designer, producer, and overall cool guy.

For those who aren’t plugged into the world of Eorzea and the development of FFXIV, Yoshi-P is the director and producer of FFXIV since A Realm Reborn; however, he has been in the industry for some time now. In a delightful interview with RPGSite back in 2011, he shares his development history with the interviewer. The man worked for Hudson Soft on a few titles before bouncing between development studios, eventually ending up at Square Enix and working on Dragon Quest X. He states in the interview that he always wanted to work behind the scenes, since he always tends to get hyped up in interviews.

mackie@lesbianyashado the devs of your favorite game do this 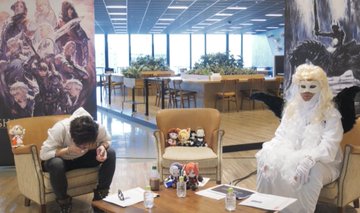 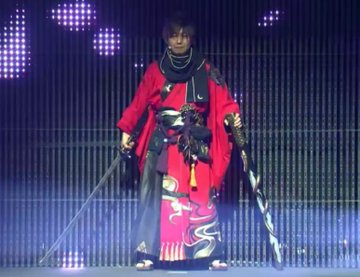 853 people are talking about this

If you’ve seen any of the live letters and appearances from Yoshi-P, you know that this is 100% true. The man is passion incarnate, and even if sometimes he and his design team have some boneheaded ideas, you can tell that he puts a lot of love into the game. He has dressed up in costumes, has asked a cosplayer to “step on me, please,” and generally has a very goofy but professional tone when working with the community. This community also recognizes who he is and how important he is…but the general population certainly has not—even the people who play the game and watch the live presentations he does.

2V (vivi) @ 5.1 spoilers!!@umbralheartsIM WATCHING THE TRANSLATED STREAM AND LOSING IT
tfw yoshi-p is the tony hawk of ffxiv 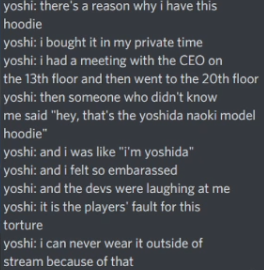 317 people are talking about this

These sorts of community interactions are what makes FFXIV run so well now. Even the smallest of complaints, when fielded enough times, get to Yoshi-P and he does respond to them. He is even apparently in-tune with the Reddit community, as in a recent event where that community complained that their character’s butts weren’t big enough (which is a great injustice, as we know). Now, if he could get onto making Blue Mage a real job and not a gimmick, I’d certainly appreciate it. The guy is exactly who you want in charge of your game: someone driven to do a great job and work for the long-time fans, even if it means gambling on a reboot of a project.

The man who saved Eorzea

So, what makes Yoshi-P such a great director and producer? Well, the obvious answer is to look at the success of Final Fantasy XIV. While an outsider can look at its success and say, “Hey, this game seems to be doing well, I guess he’s good,” there’s more to the story. If you’ve watched the NoClip documentary on the game’s development (which I highly recommend), then you know that there’s a whole lot more that Yoshi-P had to do to save the game from the abyss.

The original version of FFXIV was, to put it lightly, a slow-moving trainwreck. Panned by critics, hated by fans, and lagging behind what people expected in a next-gen MMO, FFXIV was a cycle of apologizing from the producers with slow-moving changes being made. The game’s development, combined with Square’s other projects, ate into Square Enix’s bottom line to the point where Square’s CEO at the time, Yoichi Wada, claimed it was “ruining the brand.” I hadn’t personally played during 1.0, but I do know that it wasn’t pretty. And as a huge Final Fantasy fan, hearing those sorts of comments was…unsettling, to say the least. Yet, the game went from that to being one of the most acclaimed MMOs. Just look at this fun tweet a fan made: 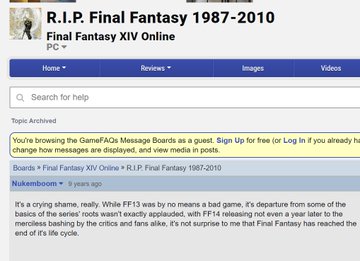 3,215 people are talking about this

The game is crazy successful, almost entirely due to Yoshi-P taking the reins. From the NoClip documentary, we know that there were two options: make the current game stable, but still deeply flawed, or create a whole new game while still continuing development on the old game as if nothing was happening. Yoshi-P decided to take the gamble, and it paid off tremendously. He and the writing team even managed to incorporate the destruction of 1.0 into the lore of the game itself, which is pure genius. Yoshi-P comes from a background of playing games like World of Warcraft or Ultima Online, so it’s no surprise that he understands how to make an MMO work, and work well. And it’s widely suspected that Yoshi-P didn’t only just save FFXIV, but FF as a whole, and perhaps even Square Enix. One man, who loves goofy outfits and definitely needs more sleep, saved a long-standing franchise. An absolute legend he is.

What is he planning?

Even with FFXIV, Yoshida still has other projects he’s working on. For example, it was rumored in April of this year that he was put on the team for a future mainline Final Fantasy game as the lead director and producer, which he’s talked about in the past as something he’d be interested in doing. If the rumors are true, we should be expecting a more high-fantasy focused game, with less mechs and robots, going back to some of the earlier games for inspiration. This is very promising and definitely enticing. A Yoshi-P directed Final Fantasy that sticks to traditional fantasy? That’s a dream come true, for sure. I just hope it doesn’t get in the way of his up-and-coming rap career: 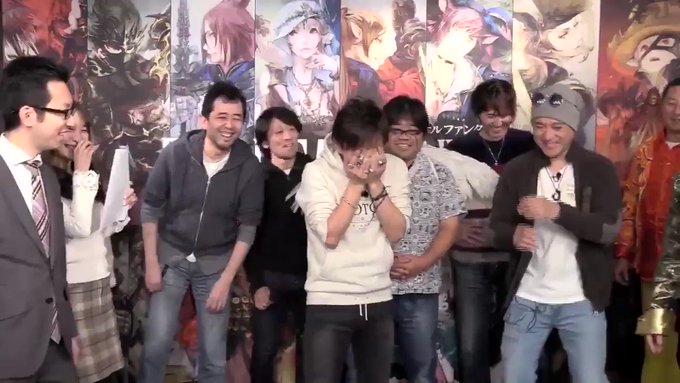 894 people are talking about this

Yoshida has also talked about wanting to work with the Blizzard franchises, particularly Diablo 4. Considering Diablo 4 is very real, I’m actually kind of interested to see if Blizzard won’t at least bring him in for some kind of crossover event. There have certainly been stranger crossovers for FFXIV or FF in general (I will never forget when Lightning moved to Paris and became a Louis Vuitton model and it was in the lore of the game), so I’d love to see it.

Overall, Yoshi-P is one of the great game directors and producers of the modern gaming era, and hasn’t received any recognition for it. Perhaps we simply need to see more of his work, but with four wildly successful MMO expansions under his belt and the credit of saving a dying franchise, he certainly deserves more recognition than he gets. Naoki Yoshida is underappreciated, and I hope that people can start to fix that by really getting to know his work and who he is. He deserves a Game Award; get it done Geoff “Dorito Pope” Keighley!

By Ryan Minter / 1 hours ago

Sonic Frontiers breaks the modern mold of Sonic releases, offering not only a new vision of the familiar title, but also an enjoyable gaming experience. With lofty highs, Sonic Frontiers can't however seem to achieve its full potential.