A Muncie police car blocks traffic at the intersection of McGalliard Road and Oakwood Avenue after a fatal crash occurred on Nov. 15. An elderly woman died after being fatally struck in the car accident. Max Lewis // DN

The woman was in the passenger seat of a car turning left from McGalliard Road to Oakwood Avenue when another car — going eastbound on McGalliard — T-boned the car, said Muncie Police Sgt. Chris Kirby

The car spun more than 360 degrees, which is something they don't see often, Kirby said. 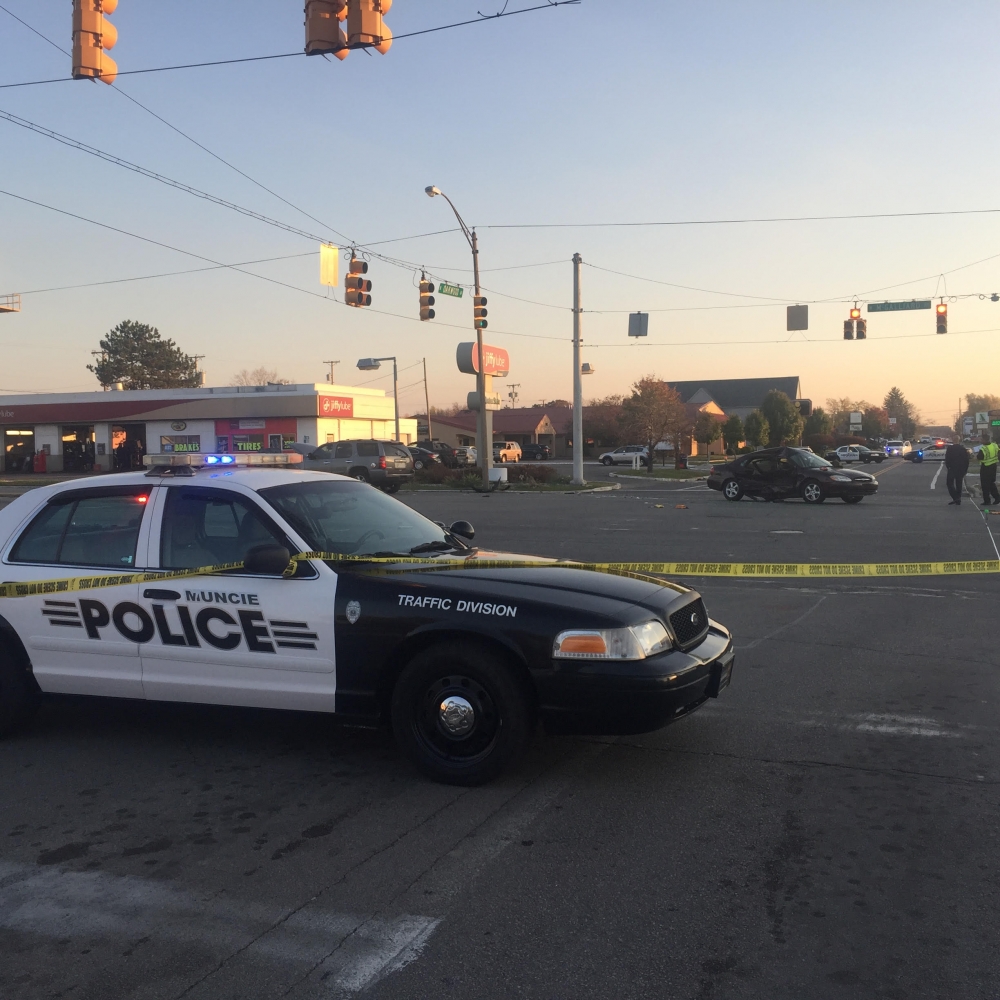 A Muncie police car blocks traffic at the intersection of McGalliard Road and Oakwood Avenue after a fatal crash occurred on Nov. 15. An elderly woman died after being fatally struck in the car accident. Max Lewis // DN

The entire passenger side of the car that was struck was caved in and contorted. Shattered glass was all over the road. The other car appeared to be in better shape, with the hood popped open and both headlights out.

The drivers of both cars were taken to IU Health Ball Memorial Hospital. Kirby said, at this time, there's no reason to believe that alcohol or drugs were involved in the crash. The cause of the accident seems to be a failure to yield case.

No one involved with the crash appeared to be a student, Kirby said.

The crash occurred around 3:31 p.m., and even past 5 p.m., investigators were still at the scene gathering evidence. The intersection was still closed past 5 p.m., and drivers were advised try to avoid the area.

by Staff Reports / 45 minutes ago