Last season, the Cardinals’ secondary ranked in the bottom 10 in the nation in passing yards allowed per game, yards per attempt and opponent completion percentage. Former Georgia State quarterback Nick Arbuckle also torched Ball State for 412 yards in a 31-19 win.

Panthers coach Trent Miles has not revealed the starter for the season opener yet, but whoever it is will have plenty of weapons. Ball State is optimistic that the secondary will be better this season, but Georgia State has too many playmakers at receiver and tight end.

Last year, Ball State held Georgia State to 33 net rushing yards on 32 carries. The Panthers averaged less than 100 yards per game on the ground for the season, but return their top three rushers from 2015 and add junior college transfer Kendrick Dorn.

But Ball State’s linebacker corps is one of the most proven position groups on the roster with seniors Sean Wiggins, Zack Ryan and Aaron Taylor. If those guys can fill the gaps, it could be another long game for the Georgia State ball carriers.

Georgia State struggled getting to the quarterback a year ago, with only 18 sacks on the season. But the Panthers have a lot of depth and experience on their defensive front and look to be better at getting into the backfield this season.

Ball State lost three starters from an offensive line that was among the best in the nation last season, and injuries have forced first-year offensive line coach Kyle DeVan to shuffle the line. The new look offensive line is confident, but Georgia State’s experience gives them the advantage in this matchup.

Neal was shaky in last year’s matchup, finishing 28-48 for 218 yards, two touchdowns and an interception — but his stats would’ve been better had a 49-yard touchdown to Chris Schillings not been called back due to offensive pass interference.

The Panthers lost their top safety but have a lot of talent returning at corner. Neal’s ability to make plays with his arm and legs gives him the versatility he’ll need in this matchup. Also, there’s no game tape of first-year head coach Mike Neu's playbook. 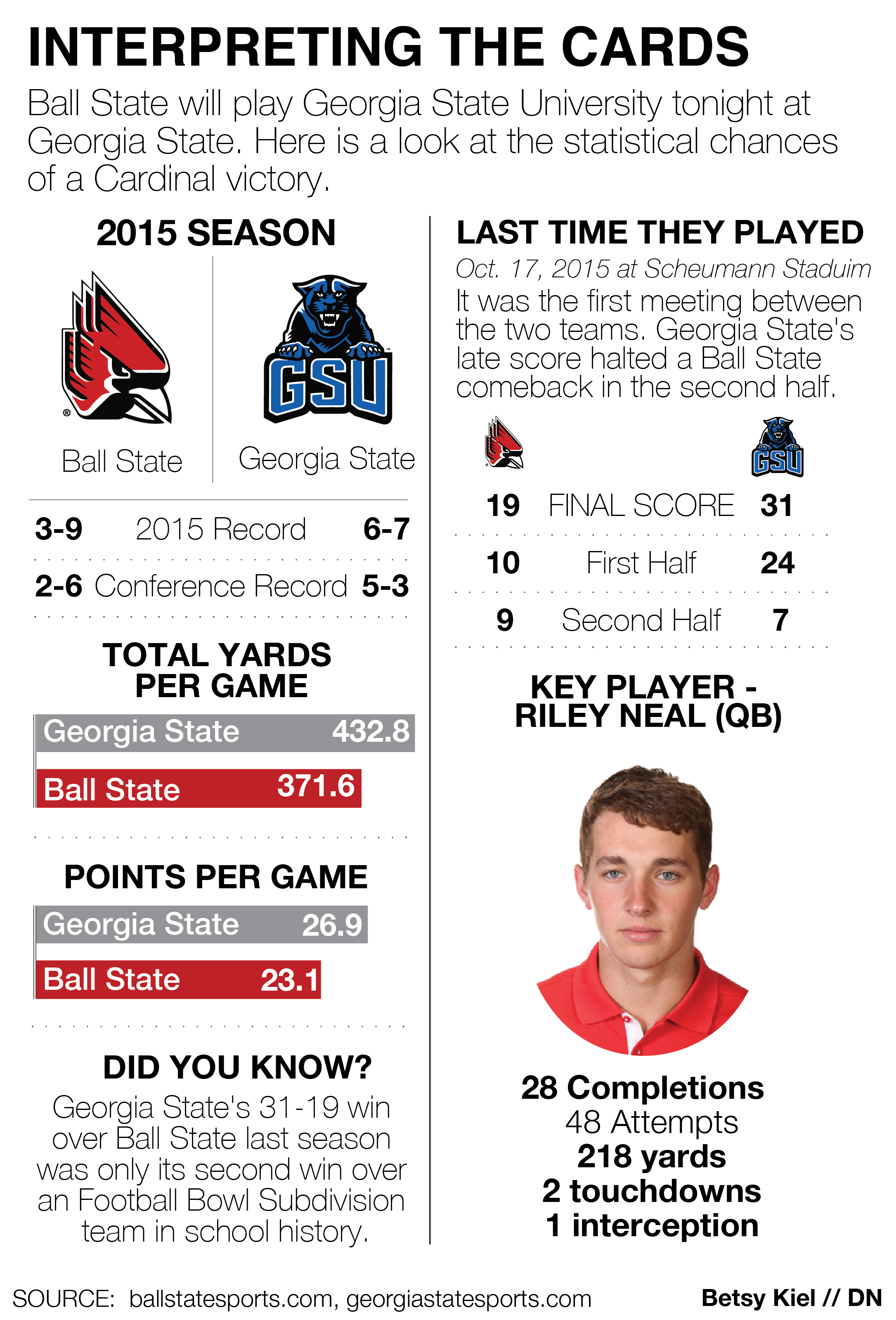 By Zach Gonzalez / 21 hours ago