Arrest made in Marathon station robbery

A 25-year-old man robbed a Marathon station on the westside of Muncie early Thursday morning because he was facing eviction and needed rent money, police said.

Cameron Fouche-Holmes was charged with robbing the Marathon station located at the intersection of Bethel and Tillotson Sept. 22. 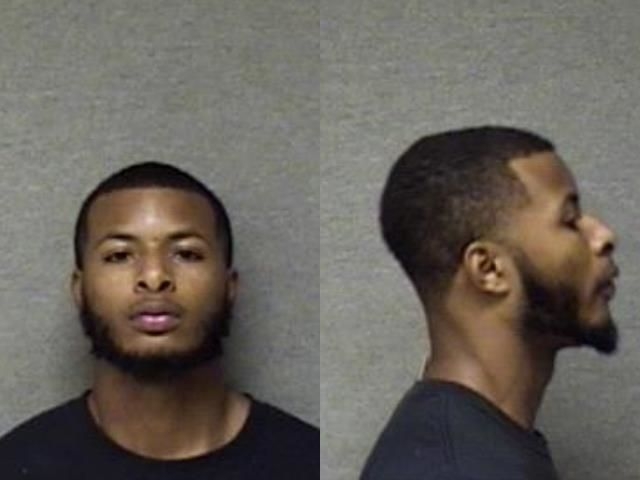 At 12:10 a.m., Fouche-Holmes entered the Marathon wearing a black hoodie and a black Guy Fawkes mask, according to the probable cause affidavit.

The clerk on duty told Muncie Police that the “suspect came around the counter, threatened him with a black handgun and demanded money from the register.”

After filling a bag with money, Fouche-Holmes took the clerk’s cell phone and slid it under a counter, according to the affidavit.

Shortly after leaving the store, Fouche-Holmes was identified as the suspect and apprehended by patrolman Larry Robbins. He was in possession of a black hoodie, Guy Fawkes mask, and a bag containing bills, loose change, and several coin rolls, according to the affidavit.

The affidavit also reports he had “a black airsoft gun that is made to look like a real Beretta handgun.”

Fouche-Holmes was arrested at 2:56 a.m. and is charged with robbery, a Level 5 felony.

MPD officer Kyle Monroe interviewed Fouche-Holmes after the arrest. Fouche-Holmes “admitted to robbing the store and said he felt bad about it because he is a regular customer. [He] explained that he was to be evicted from his apartment on Sept. 22 if he could not pay his leasing officer all of September and October’s rent,” according to the affidavit.

A different game: Danny Pinter compares his Ball State Football experience to his time with the Colts

By Ian Hansen / 3 minutes ago

While the NFL and college ball both fall into the category of the sport of football, there is a world of difference between the two. Former Ball State offensive lineman Danny Pinter found that out soon after he became the 29th Cardinal drafted into the NFL when the Indianapolis Colts selected him in the fifth round of the 2020 NFL Draft last April.

By Philip Choroser / 16 hours ago