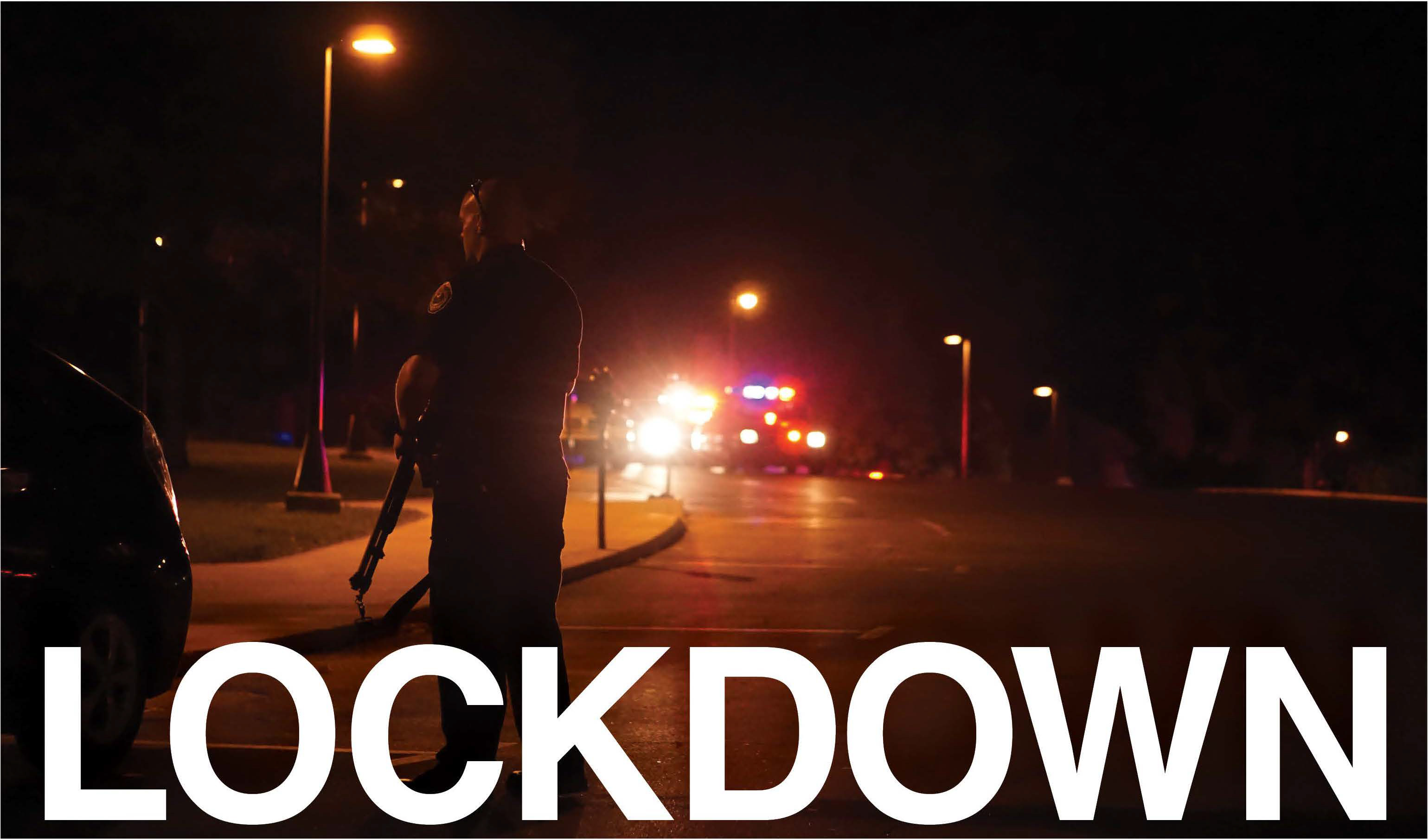 Neither suspect is a Ball State student.

The 20-year-old suspect spotted near Woodworth and DeHority who was carrying the gun had a carry permit. The other suspect in the case – a juvenile – did not have a weapon, Todd said.

Both individuals have been informed of the campus’ no-weapon policy and both have been barred from campus. No charges have been filed.

It was a long hour and a half.

A single report of a man with a gun turned campus upside down Thursday night as Ball State police, Muncie officers and Indiana State Police searched buildings and ordered students to find shelter while they raced to track down two men said to be carrying a gun.

“I was really terrified,” said freshman nursing major Deona Webster. “The police didn’t come into my room, but I heard them all around us. I was really scared because I felt like they didn’t check on us. I cried twice, peed myself twice and had two panic attacks.”

In the end, police scanner traffic said security video showed the two men leaving Woodworth Complex without incident, but police would not confirm that. An otherwise normal Thursday night was ruined by all the uproar; however, no shots were fired, and no one was injured. 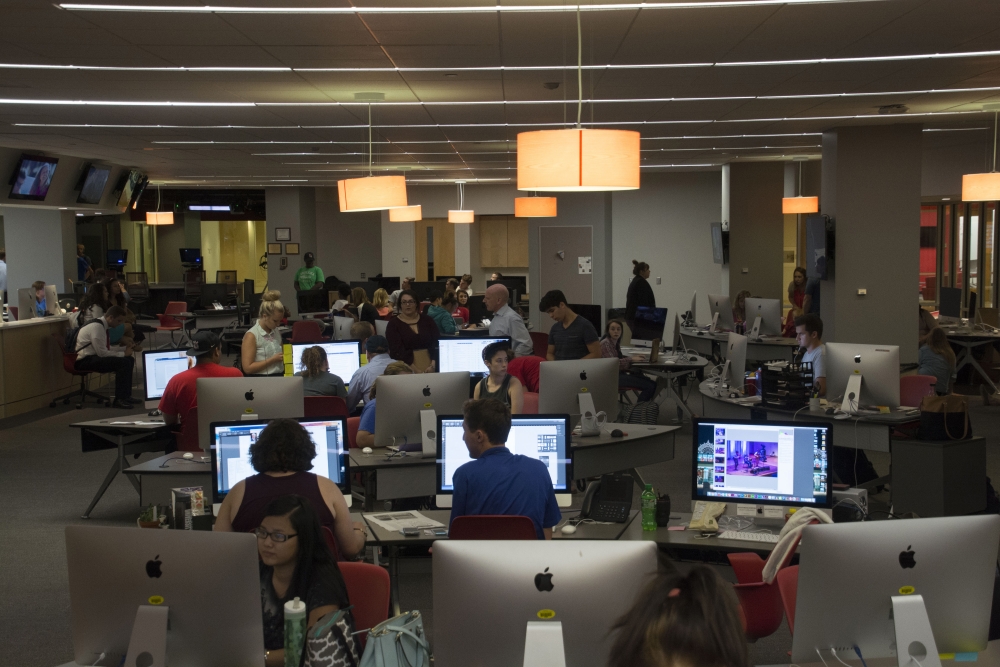 In a second-floor room in the Art and Journalism Building where several dozen students were sheltering in place, one female student said she was leaving but would be back: “I’m headed to the bathroom if anyone wants to go and you’re nervous.” 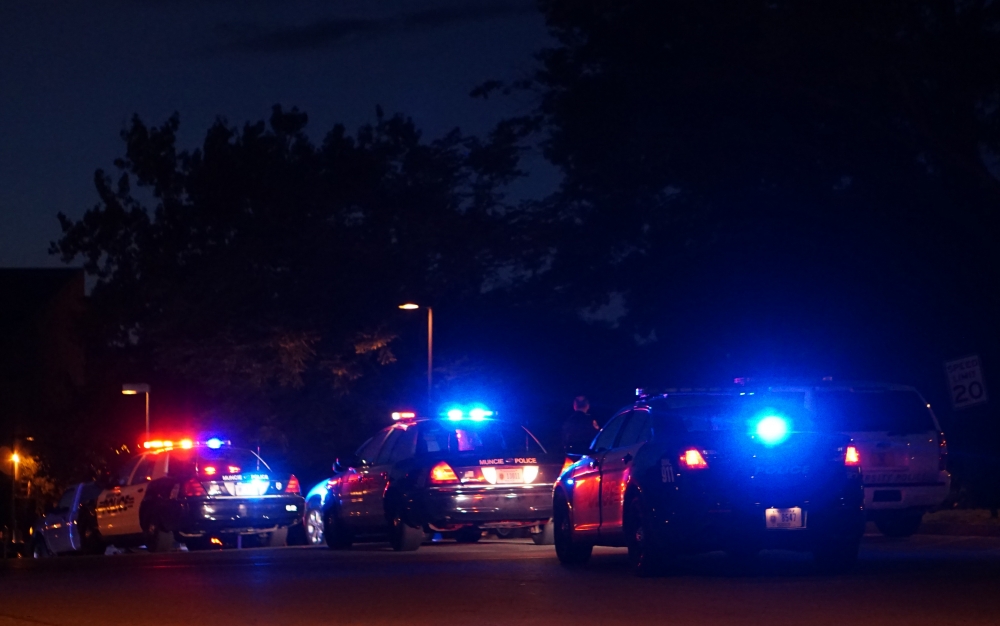 Report of two men with a gun

The incident began with a report at 8:27 p.m. of a gunman spotted near DeHority and Woodworth complexes. A second announcement over the university’s emergency alert system about half an hour later said two suspects were being pursued.

Authorities said the suspect thought to be carrying a gun was “a white male with dark, short hair, age 18-22, wearing a black long-sleeved shirt with the sleeves partly rolled up, brown cargo shorts, black socks and black shoes.” The second man was said to be around the same age wearing a pink-and-gray striped shirt.

Police radio traffic said a review of video from Woodworth Complex showed the two men left the building around 8:15 p.m.

Emergency notifications from the university offered few details: “Gun in small of back. Last seen in area of Woodworth. Shelter in place until all clear given,” a text alert said shortly after 9 p.m. 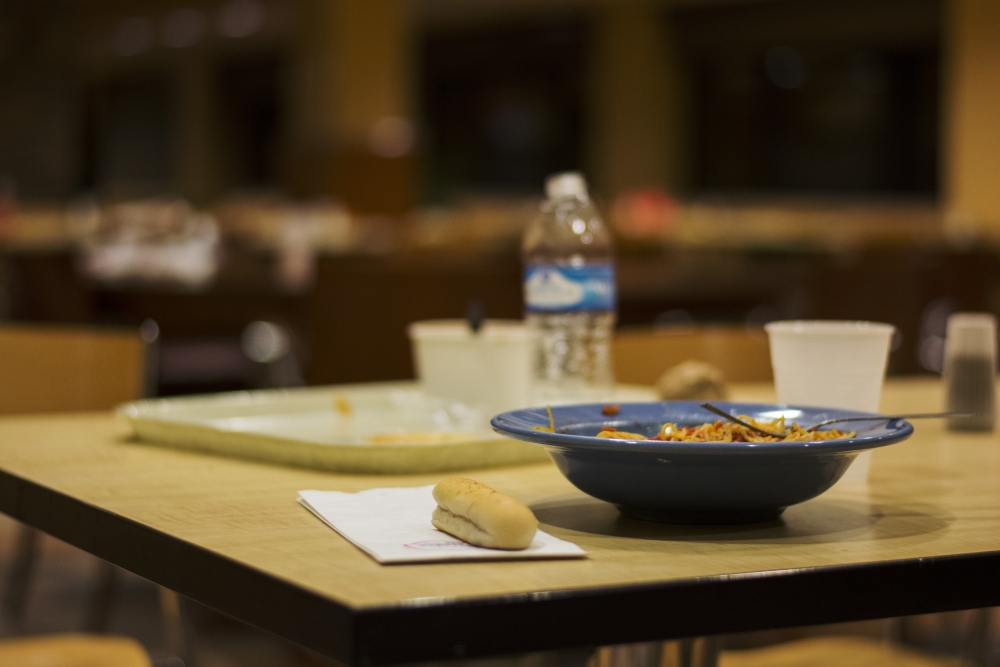 RAs order students to their rooms

Resident assistants had talked about emergencies like this in training but had not practiced for them, said RA Levi McCarter of DeHority.

The emergency triggered sirens in both DeHority and Woodworth, blaring a warning about an “armed assailant in or near the building.” RAs were told to have students get into their rooms and lock their doors.

“My adrenaline is pumping,” McCarter said as he led students into DeHority. “This isn’t really something you can prepare for … It’s not like a fire alarm where you can practice it.”

At Woodworth, residence hall staff worked with their own students, along with others who were not from the hall but needed shelter. They told Woodworth residents to go to their rooms, and everyone else was led to a room near the dining hall. Police later moved those students to DeHority, checking IDs and making a list of students’ names.

Leah Heim, a sophomore English and French major, was one of the students waiting in line to be let into DeHority.

“I’d be lying if I said I wasn’t scared,” Heim said. “We were all in a position to keep a level head. We’ve grown up [hearing about situations like this], we know how it goes.”

Hiding under her bed

Webster, the freshman nursing major, said she was terrified throughout the entire lockdown. She and the three others in her room hid under their beds the whole time, even though they had to pee.

“We were freaking out and had no idea what to do,” Webster said. “It was like a high school lockdown, but 10 times worse because we didn’t have a teacher telling us what to do.”

Her mom told her she should transfer because of the threat, but Webster said she didn’t want to. She knew her mom was just worried for her safety.

Even after the all-clear was issued Thursday night, Webster said she was still scared.

“I can’t sleep in Woodworth tonight,” Webster said, “I probably won’t sleep at all tonight.”

By Indiana Capital Chronicle / 22 hours ago