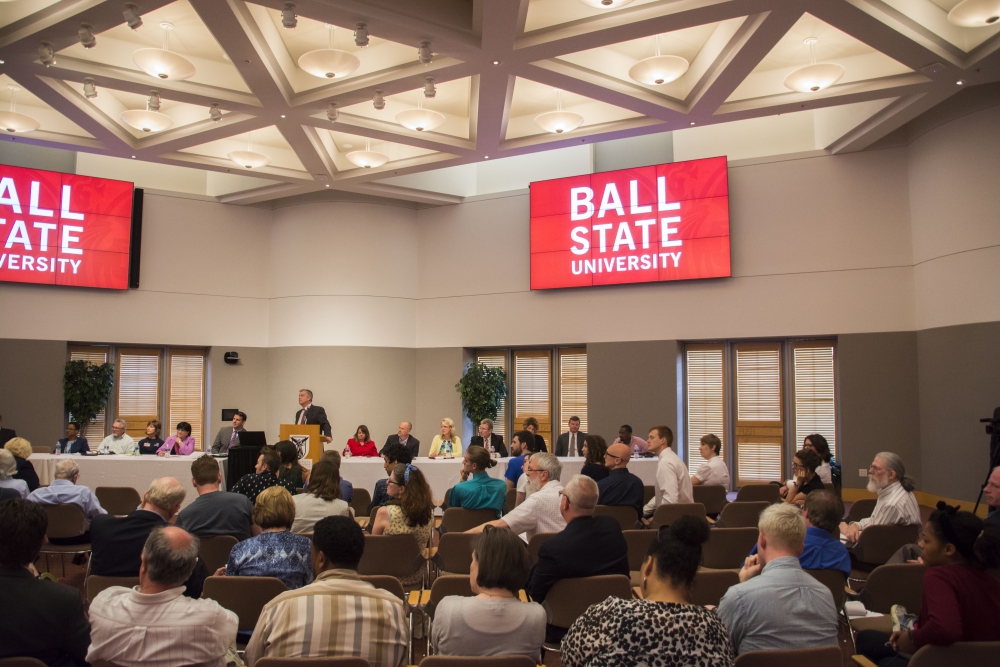 The Board of Trustees hosted a seventh open forum on May 23 at the Ball State University Alumni Center. The purpose of the presidential search forum was for Ball State students, faculty, staff and members of the Muncie community to voice what they would like to see in the next university president. DN PHOTO SAMANTHA BRAMMER

While the presidential search committee hosted its final forum meeting to gather input from the Ball State and Muncie communities about hopes for the next university president, some attendees spoke out about other concerns.

The majority of around 10 student attendees, as well as some faculty and community members, addressed concerns with the $3.25 million donation from both alumnus John Schnatter and the Charles Koch Foundation.

Ralph Wilson, a speaker from UnKoch My Campus, addressed the search committee and the crowd with his research, stating that he believed Ball State's contact with the foundation could result in a loss of academic freedom.

"As a result of this recent agreement with the Charles Koch Foundation, that establishes a campus-wide program for entrepreneurship and free enterprise — essentially, Ball State's entrepreneurial objectives are now contractually aligned with the objectives of the Charles Koch Foundation," Wilson said. "These agreements have been found to violate academic freedom and violate faculty governance."

Matt Momper, chair of the search committee, quickly said these claims were not true.

Those speaking out in favor of Wilson's research and against the Koch brothers used their arguments to also give feedback to the committee on qualities they believe the next president should have.

Carli Hendershot, a recent Ball State graduate, said she wants a president who will be available for students, faculty and staff — "visible, observable and open to the community."

"[A president] who upholds the values of the true liberal arts education," Aprill said. "It is extremely important, I think, for our university to show its commitment to academic integrity and critical thinking by selecting a president who's a true academic and not a business man. … The point of education is just that: education."

Both Hendershot and Aprill expressed their desire for an open presidential search. But Momper and Trustee Chair Rick Hall both said it would remain closed.

Cathy Day, the assistant chair of the English department, said her first experience with the university was allowing a group of students to rework a novel of hers into a musical. She said she chose to teach at Ball State because she was impressed with the students' work and the school's immersive learning mission, but now her views are changing.

"If that had happened right now — if the mission of the university was entrepreneurial learning and if I had found out that the Koch brothers had given a lot of money to the university — I would not have signed that agreement," Day said. "I would have kept the book to myself."

She argued for keeping immersive learning alive at Ball State through the next presidency.

James Wells, the student representative on the search committee and president of the Student Government Association, called for those making arguments regarding the Charles Koch Foundation's donation to stop and to focus in on the initial point of the forum — to identify desired qualities for the next president.

Others in the crowd spoke about different qualities they would want in the president. Many requested candidates with strong backgrounds in teaching and academics, some requested a commitment to diversity, and others a commitment to the Muncie community.

Travis Harvey, an alumnus and owner of Village Green Records, said the president should be invested in the community and should want students, faculty and staff to be invested too.

Many people spoke about their desire for the future president to continue Ball State's commitment to sustainable energy and said the Koch brothers' views aren't in alignment. Momper said the university is still in control of the agreement.

"I think the UnKoch group, I think they really need to look at the Schnatter entrepreneurial program that's being rolled out," Momper said. "There are checks and balances in place on our end [and] on the donors' end. After one year, if we want to separate, we can. The university is the one doing the hiring, not Koch or Schnatter. We wouldn't allow that."

The committee will take the comments from the forum and use them to create a position profile with their Witt/Kieffer representative, John Thornburgh. Once it is complete, it will be made public, and Thornburgh will use it to locate potential presidential candidates. 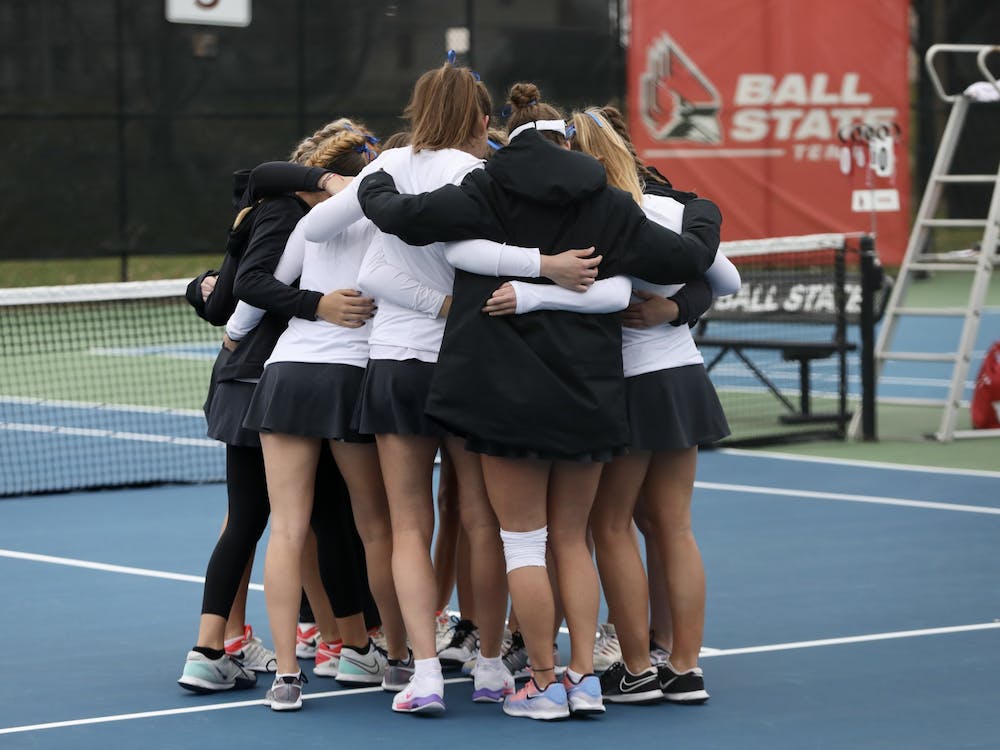 By Caleb Zuver / 1 hours ago

By Corbin Hubert / 3 hours ago