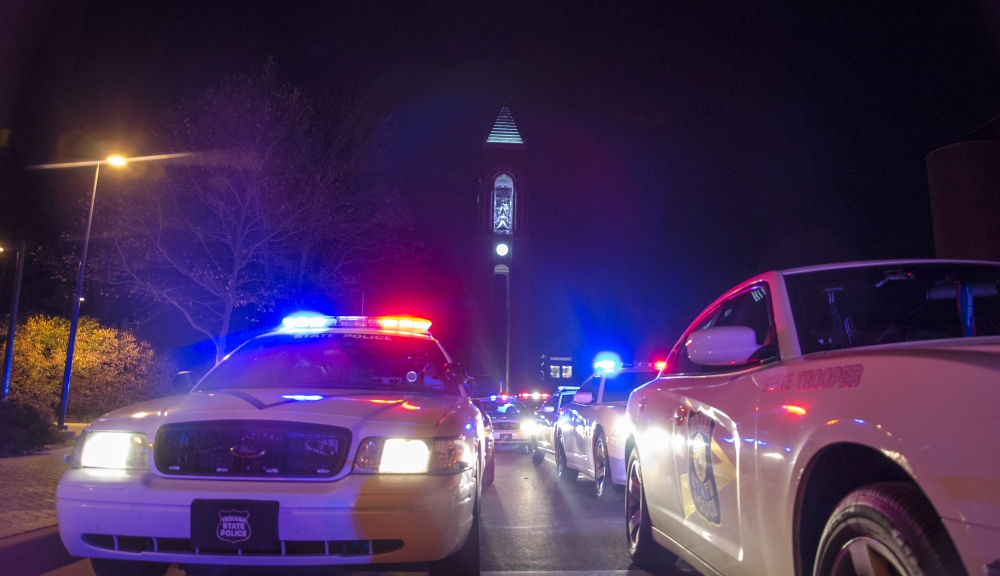 The Safe Campus Act would require a student to report their sexual assault to the police before the university could take any disciplinary action. DN FILE PHOTO COREY OHLENKAMP

Over the first warm weekend of April, the University Police Department made five arrests in the early morning hours on April 17, four of which involved intoxication.

According to police records, no Ball State students were arrested by UPD or Muncie police over the weekend. However, the combined police logs list at least three calls in which students were sent to IU Health Ball Memorial Hospital for minor alcohol-related incidents.

Logan McCord-Williamson, 22, of Muncie was arrested by police during a traffic stop at McKinley Avenue and W. Jackson Street. McCord-Williamson was wanted for an outstanding warrant and later taken into custody at just before 1 a.m.

Shortly after, Destiny Shafer, 20, also of Muncie, was arrested during a traffic stop after she was seen driving suspiciously, according police reports. Shafer was charged with Operating While Intoxicated (OWI) with a blood alcohol content above .08 and endangering a person.

Twenty-eight-year-old Carey Grimes was taken into custody during a traffic stop at N. Dill Street and W. Gilbert Street just before 2 a.m. Police administered Grimes a blood draw kit to test for intoxicants, and Grimes was then charged with OWI: Endangering a Person.

At 3 a.m., UPD arrested Justin Gadbury, 27, also for OWI: Endangering a Person, at W. Centennial Avenue and N. Reserve Street. Gadbury was also taken into custody for driving with a suspended license.

A final arrest was made just after 4 a.m. at McKinley Avenue and Bowman Street as Jason Green, 28, was arrested by UPD for public intoxication.

By Connor Smith / 4 hours ago

Whenever the Cardinals tried to catch up with the Bobcats, they couldn’t.

The wait is finally over: Cardinals split season-opening, two-match weekend at George Mason

By Evan Weaver / 4 hours ago

It had been exactly 321 days since Ball State last stepped on the court against an opponent that was not its own players.

Ball State Women’s basketball (6-5, 4-3 MAC) returned to the court after its string of cancellations and captured a 68-64 road victory against Eastern Michigan (8-6, 5-4 MAC).