Finding a job in a "jobless" society

Evan Andreae sat in his three-and-a-half-hour lab for organic chemistry last spring knowing how unhappy he was. While the other chemistry majors around him worked diligently on their latest lab, the realization dawned on him that he couldn’t go through his life doing something that he wasn’t passionate about.

Evan, a fifth year senior, has changed his major twice, entering his freshman year as a music technology major, switching to chemistry right before his junior year.

He remembers the countless meetings he sat through when deciding to switch his major for a third time. His plan was to try to go for an English degree, to steer far away from anything related to math. However, with the credits he had accumulated in four years, an English degree wasn’t going to work.

Evan and his advisors finally came to a conclusion: a general studies major with a double minor in professional writing and philosophy.

By the end of last spring, Evan had changed his major and applied for a public relations internship with the English department at Ball State. By the time he was ready to pack up his things and head out for summer vacation, the internship was secured, which would be the stepping stones of Evan figuring out exactly what type of career he wanted.

Seventy-two percent of 2015 graduates said in a recent study by Accenture Strategy that they completed an internship, apprenticeship or co-op.

Jim McAtee, Ball State Career Center Director, said graduates need to understand that transferrable skills have a large impact, something that Evan has learned greatly. Since Evan has started his internship with the English department, he has gained many skills that don’t associate with his major and minors. His knowledge of graphic design has grown along with his marketing skills, both being areas of interest to him. To Evan, it is all about the skills you have rather than what you major in.

I wish I had started out in this, Evan continuously thought as he spent last semester doing something he finally enjoyed.

A large majority of companies say they are more likely to hire someone who has had experience, according to a study done by Hart Research. First semester senior and criminal justice major Ramona Simmons is realizing this as she is finding it hard to secure a job with no experience on her resume`.

Last year, Ramona joined one of Ball State’s immersive learning projects. The project was centered on field research for criminal justice majors, a trip to Ferguson, Missouri for a week tacked onto the itinerary.

The group went door to door asking random strangers in Ferguson to speak to them about the events that happened with the Michael Brown case. It was the moment their professor met an older black woman in a convenience store and asked her to speak to his students that was a turning point for Ramona.

It was the group’s last interview of the day, the sun was setting off in the distance. Each of the four students sat on the woman’s porch steps, speaking about the Michael Brown case. The woman became so engrossed in what she was telling the group, leaning forward in her seat and wiping her palms on her legs. Tears began to fall from the woman’s eyes. The power of what she was saying caused Ramona to cry as well.

This was the moment that Ramona knew she wanted to help people; what she didn’t know was that it would be so difficult to find a job in the field she had chosen.

Only 64 percent of college graduates are working in their field of study, according to a survey taken by Accenture Strategy. Ramona and Evan have both come to the sudden horror that they may not find a career right away in the field they have chosen.

Jim disagrees with Accenture Strategy’s report that fewer students are finding a career in their major. Jim said that according to Ball State’s First Destination Survey, 81 percent of Ball State graduates are employed in their study. 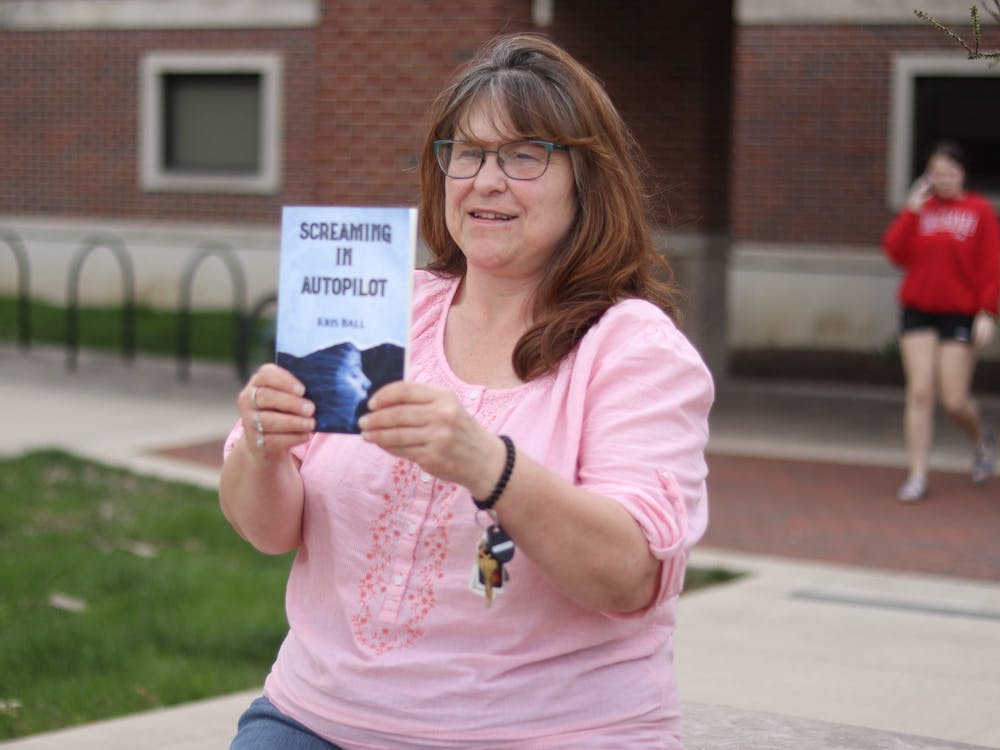 Ball State graduate, dining worker and author discusses her books and the experience that helped create them.

Kris Ball started writing when she was 6 years old — poetry, song lyrics, short stories. Ball said in the opening of one of her books that, sitting at the foot of her bed, her Aunt Janice — a woman 10 years younger than Ball’s “hands-off” mother — encouraged her to write and “would listen to [her] stupid poems.”

The Star Wars sequel trilogy is a major point of contention for many people myself included. I can go on and on about the many problems littered throughout: abysmal world building, clumsy storylines, the imaginary tug-of-war between J.J. Abrams and Rian Johnson, etc. Thankfully, this article will not dwell on those things. Instead I am going to center my attention on the focal point of this trilogy—Rey Skywalker. While I have great issues with how Rey’s family was handled, I find her overall arc to be fascinating, especially when I consider the elements of it that actually work.