If you were to tell me four years ago that the Fire Emblem series would be making a comeback I wouldn’t have believed you. The series was on a downslope in 2012 after poor sales from its last few games and a general lack of interest in another game. A final game, Fire Emblem: Awakening was planned for the 3DS for the following year and was set to finish the series proper.

Thankfully though, Awakening managed to sell well enough to bring us to now and the newest game in the series, Fire Emblem: Fates. And in a way one could look at Fates as the series victory lap, where at one point it seemed to be all but doomed it now boasts its biggest sales yet. But even beyond sales Fates feels like the culmination of decades of work and care, taking all the best elements of the series thus far and creating a game that works as another entry as well as a love letter to fans.

Taking a cue from Pokémon, the newest Fire Emblem game comes in two different versions, Conquest and Birthright. For newer players, or ones looking for a more relaxed experience, Birthright should be the first of the two they play. Offering more opportunities to grind for experience and earn gold, Birthright is more focused on letting players enjoy the story instead of challenging them through gameplay. Luckily for players, Birthright offers up one of the more enjoyable stories in the series so far. If you were put off by Awakening’s multiple timelines and branching story like I was, you might enjoy Birthrights more straightforward approach. If nothing else, this type of simple narrative, two warring families vying for control of the land, opens up more time to spend with the well-rounded roster of characters.

From a bread-obsessed samurai to a humorously lazy archer, the cast of characters in Birthright are all wonderful and the writing helps give even the most out-there characters moments of humanity. Even more so than the main story, which is fine in it’s own right, the individual character stories make the game. Learning more about a friend’s backstory or helping solve family disputes connects you to them on a deeper level compared to most RPGs. The best thing that can be said about these characters is that they offer up the same feeling I got from my named XCOM characters when I send them into battle in that I really cared for their safety.

It helps too that battles are filled with opportunities for success and failure which makes every skirmish tense. The game finds the right balance of terror and cheer every time you plan an attack as you know you're only a step away from complete destruction or a triumphant victory. The maps in Fates offer up a greater sense of life compared to Awakening. Where that games levels felt mostly static, Fates feel alive with moveable terrain and obstacles.

Outside of battle, Fates struggles to keep that level of investment. The overworld castle offers up some minor activities, a daily lottery and the occasional coliseum battle, but little more to hold your attention. This is odd because the game really wants you to spend time there, offering a ton of buildings to build and shops to peruse, but they don’t really add up to anything significant. The buildings are nothing more than 2D landmarks and the shops are useless unless you’re really into putting odd bows and hair pins on characters. It’s a shame then that Fates couldn’t take what they learn from the engaging combat and relationships onto the castles.

Birthright is Fire Emblem at its best, offering a fun and emotionally investing experience.

For fans looking for more of a challenge, or similar experience to previous entries in the Fire Emblem series, Conquest is the way to go. With a more streamlined campaign consisting of only story, paralogue, and the occasional invasion mission, gold and experience are harder to come by, greatly increasing the difficulty.

While the setting of two warring kingdoms isn’t exactly new for the series, it works for Fates, especially in that you can eventually experience both sides of the struggle. Despite Nohr being painted as villains from pretty much the start of the game, the story is deeper than just good guys versus bad guys, and the Conquest path offers some insight into that. The drama is interesting enough to keep players engaged, and as a whole the plot is one of the stronger, more distinct in the series.

The cast this time around is also very enjoyable, if a bit quirky. Like Awakening, unit supports are a large portion of building a strong team. Aside from stat boosts, building support can eventually lead to characters marrying and having children, who can then become usable units. 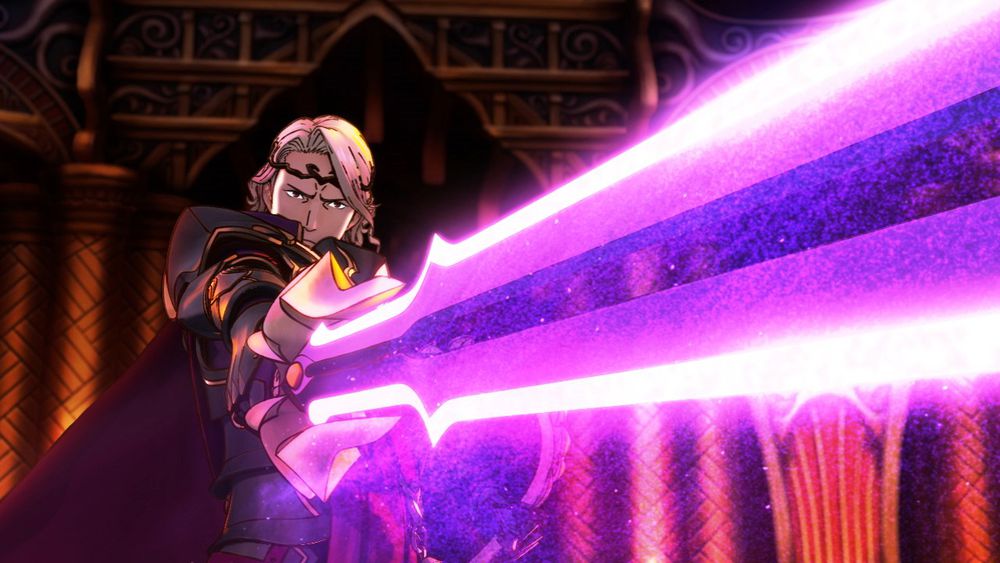 On top of that, some of the best moments in the game are just watching two characters’ friendship unfold, which leads to some of the strongest and sometimes most personal writing in the game. While not all the characters are well-written, the ones who stand out shine brightly, and the others in no way bring them down.

The castle, which replaces the barracks from Awakening, appear between every level. Here, players can customize their own unique fort, constructing and upgrading shops, resource farms, and other such buildings. They can also manage inventories, boost stats, build support, and interact with their units in a number of different ways. Overall it’s not too deep, the variety of things to do make the castle an enjoyable way to cool off after a long battle.

Battle is where Conquest really shines, though. With gold and experience being finite resources, every decision on the battlefield matters. One attack could lead to a unit leveling up, but it could leave them exposed. On the other hand, you could charge in with your most powerful character, but your other units would miss out on the growth. These choices persist throughout every level, keeping the action tense and focused.

A wide variety of mission goals also keeps the game from going stale. Unlike Awakening, which consisted mostly of routing enemies and defeating bosses, Conquest switches things up constantly.

Defending certain areas, escaping the map, or defeating disguised enemies are just some of the many objectives players will have to complete. Dynamic maps also help keep things fresh. Players can manipulate certain aspects of maps, such as flooding or draining rivers, or destroying obstacles to create new paths. This adds another dimension of strategy to the game.

Fates has also overhauled the pair up mechanic from for the better. Units can support each other by either standing adjacent to each other, or stacking one on top of the other, effectively becoming one unit in a “guard stance.” When in guard stance, the controllable unit will gain a stat boost, while the other unit will be completely safe from harm, sometimes blocking attacks.

Adjacent units allow the player to be more offensive, and will both attack when one unit attacks. However, neither will be completely safe and the stat bonus isn’t as great. The fact that enemy units also take advantage of these stances make encounters all the more challenging. 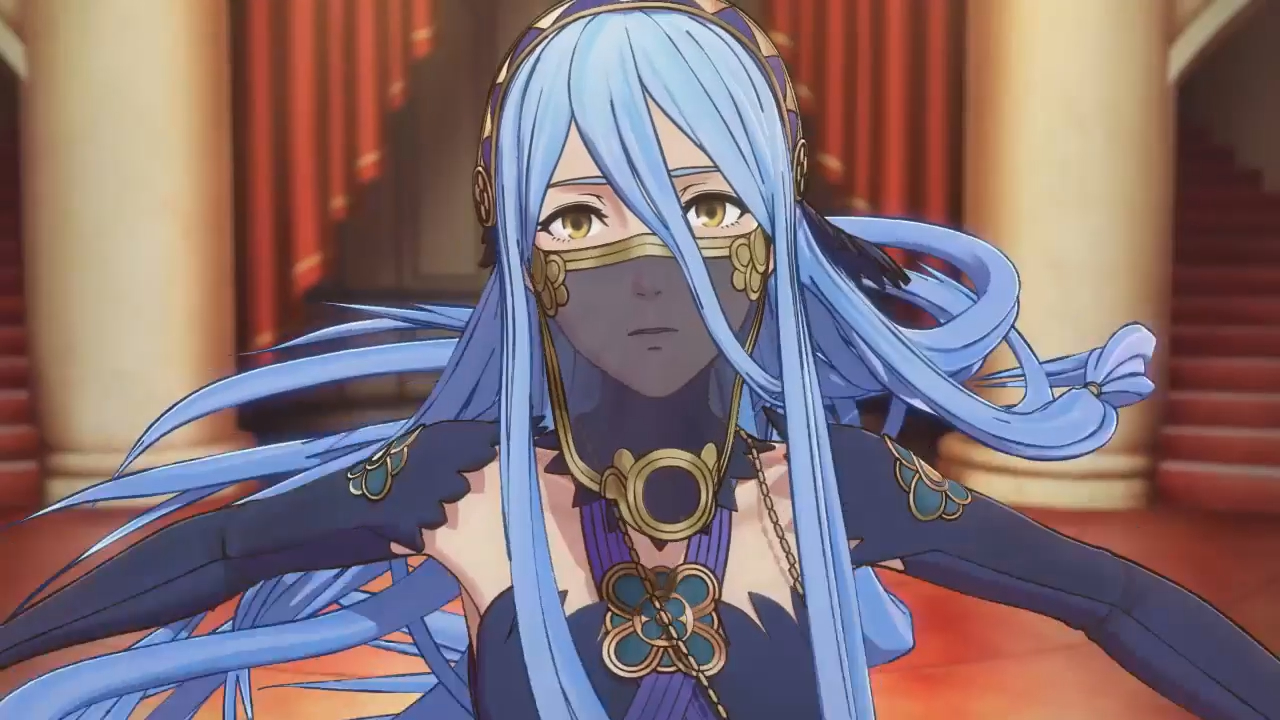 Overall, Conquest is a great addition to the series, and is something both old fans and new can enjoy, even if it is a bit trying at times.

Conquest and Birthright offer up the best examples of why this series matters so much and will continue to matter down the road. The excellent gameplay mixed with a robust relationship system makes for a game with tons of replay value.

With the series place in gaming secured for now, fans can enjoy this newest Fire Emblem not as finale but as the start of something grand.

+ Gameplay some of the series best