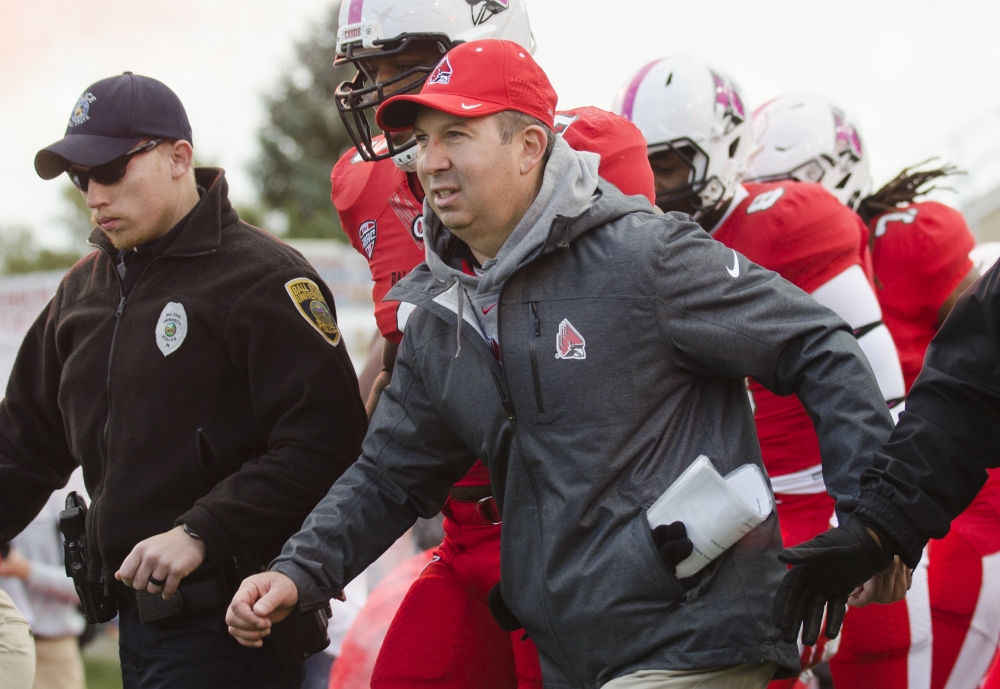 Head coach Pete Lembo leads the team onto the field before the game against Georgia State on Oct. 17at Scheumann Stadium. DN PHOTO BREANNA DAUGHERTY

Former Ball State football coach Pete Lembo will earn a base salary of $350,000 per year in his new position at the University of Maryland, a pay cut of more than $150,000 from his salary last season.

Last season, Lembo’s salary was $514,250 – fourth-highest in the Mid-American Conference.

Lembo's resignation breached his contract, but the $200,000 buyout was covered by Maryland, according to the details in his contract obtained from testudotimes.com.

At the time of his resignation, Lembo was in the second season of his five-year contract extension at Ball State, which he signed in 2014. His new contract will run through Dec. 31, 2017.

New Ball State head coach Mike Neu signed his head coaching contract on Jan. 6. He will earn a base salary of $425,000 per year while continuing through Feb. 28, 2021.