Rick Hall, chairman of the Board of Trustees, said President Paul W. Ferguson resigned his job as a "mutual decision" with the university.

"The timing might be surprising, but it was in the best interest of the university to move forward in this way," Hall said. "The university is moving forward and we're committed to the future."

Hall declined to give any further information as to why Ferguson is leaving. University spokesperson Joan Todd said she did not know what the hiring process would look like for the next president.

Ferguson was nowhere to be seen on campus today, and he disappeared from the Ball State website as well.

The university took down Ferguson's biography page and the link to the office of the president, which now both link to a biography for Provost Terry King, who will serve as interim president until a successor is named.

Dom Caristi, a professor in the Ball State department of telecommunications, said Ferguson's resignation was "very much a surprise."

"The speculation begins: 'Why?' 'What happened?' This is very sudden, and nobody expected it. Nobody knows anything at this point," Caristi said.

Caristi also said the university needs to explain what is happening.

"I think that whatever the Board of Trustees knows they really need to release it right away," he said, "because the rumors are going to start, and the best way to eliminate rumors is to put the facts out there."

Earlier: No public explanation for leaving

President Paul W. Ferguson resigned today with no public explanation, and the Board of Trustees appointed Provost Terry King as interim president.

The trustees, meeting in Indianapolis, approved Ferguson's request for a two-month sabbatical leave, after which his term will end, according to an email from the university.

Rick Hall, chairman of the board, announced Ferguson's departure following the meeting.

"While the Board and Dr. Ferguson are disappointed that this relationship has ended, we wish Dr. Ferguson and his wife, Grace, well in their future endeavors," Hall said.

"It has been an honor and privilege for Grace and me to work with and to serve the faculty, staff and especially our students at Ball State University," Ferguson said. "We have, together, worked diligently to refresh our vision and legacy of beneficence and entrepreneurship, refocused on being student-centered and community-engaged, and improved many of our policies and procedures to be best practices."

Joan Todd, a university spokesperson, said all media inquiries are being directed to Myra Borshoff, a Ball State alumna who founded a successful Indianapolis public relations agency, known for its work in crisis communication.

Jack Hesser, the Student Government Association president, met with Kay Bales, vice president of Student Affairs, and Dustin Meeks, the student representative of the Board of Trustees, this afternoon about Ferguson's resignation.

“I’m very confident, and the entire Student Government Association is, we’re very confident that the university will continue to move forward and remain committed to the 18 by 18 plan [The Centennial Commitment]," Hesser said. "Most importantly, we won’t let anything that Dr. Ferguson contributed to the university go by the wayside. We want to make sure that everything he brought to this institution, that we continue bringing it to campus.”

Click here for a gallery of President Ferguson's time in office. 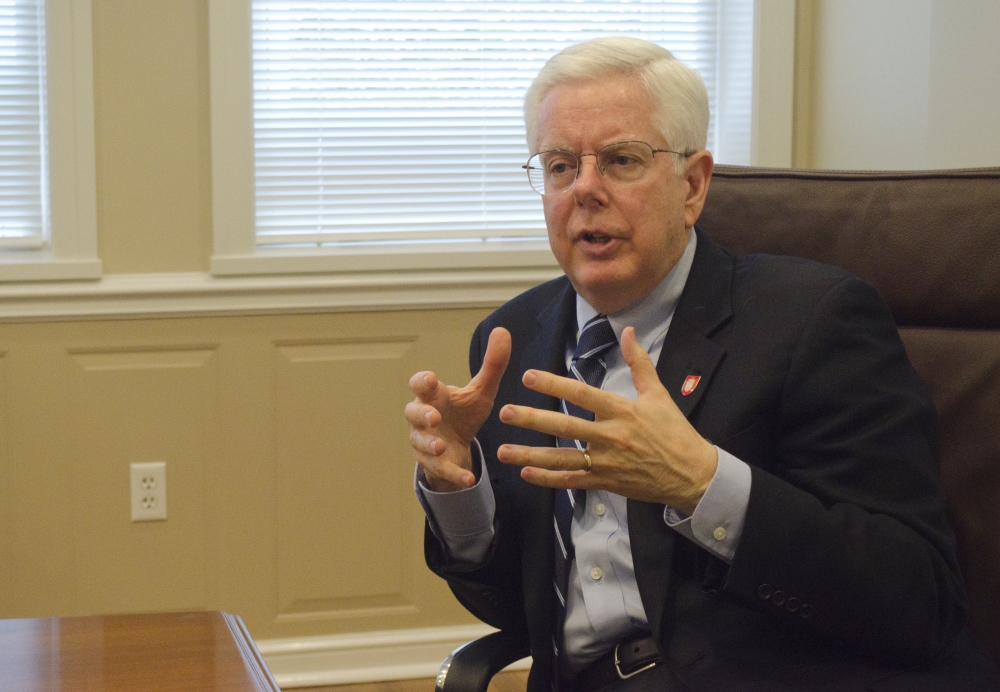 By Staff Reports / 49 minutes ago