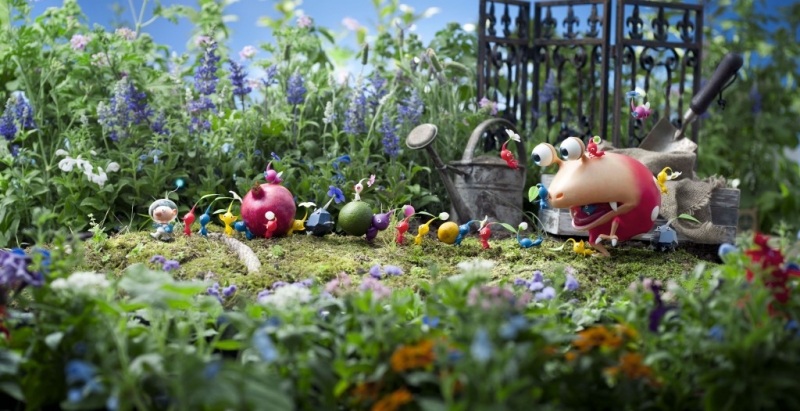 Pikmin 4, according to Nintendo's Shigeru Miyamoto, is not only currently in development, but it is also close to being complete.

Pikmin 4, according to Nintendo's Shigeru Miyamoto, is not only currently in development, but it is also close to being complete. In an interview with Eurogamer back in July, which wasn't published until this week, Miyamoto discussed that the game was being worked on and was "very close to completion."

The Pikmin series mixes both real-time strategy and and survival in a unique style of game. Since the first game released on the GameCube, up to the most recent Pikmin 3 on the Wii U, players have been taking control of interplanetary explorers, who command large amounts of pikmin to complete tasks. The titular creatures, pikmin are tiny plant-like beings that can be used to explore the world, navigate harsh terrain, find treasure, and fight hostile animals, which each color of pikmin having their own abilities.

It is unknown at the moment when Pikmin 4 will launch, or for what system, but with so close to being done, it will probably launch for the Wii U sometime in the near future.