'Hollywood' speaker gives frank advice on how to 'make it' 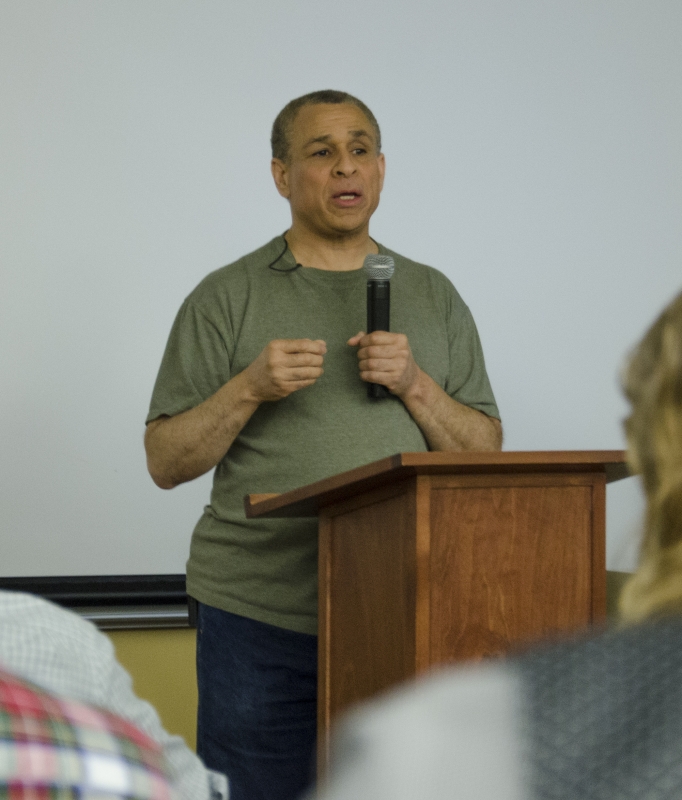 John Semper Jr. presented a lecture “How to Become Rich, Famous, and Successful in Hollywood Guaranteed!” on Sept. 17. the David Letterman Communication Building Room 125. Students received a lecture that was filled with blunt and real-world advice and warnings about Hollywood. DN PHOTO AMANDA BELCHER

The lecture’s title “How to Become Rich, Famous, and Successful in Hollywood Guaranteed!” drew its fair share of listeners to the David Letterman Communication Building on Sept.17.

“The title is a big fat lie,” said speaker John Semper Jr. “I’m not going to make you any guarantees because there are no guarantees.”

Semper’s Hollywood credits include writing for “Scooby Doo,” “The Jetsons” and “The Amazing Spider-Man” as well as helping to bring other popular television programs to screen.

The body of the presentation covered Semper’s “Ten Commandments” of the entertainment industry.

The list included lessons such as “bad things are not always bad,” which led Semper into the story of how he became a writer in the entertainment industry.

His girlfriend Cynthia, an executive assistant at Hanna-Barbara, where Semper also worked, was in danger of being laid off. The person in charge of layoffs felt bad and made her a writer instead. She didn’t want to be a writer, but Semper did, so i they became creative partners.

After writing a few episodes of “Scooby Doo,” Semper and Cynthia landed their own writing contract.

This was just one of Semper’s industry stories of the evening. He also took this opportunity to warn students to not lose themselves in the workforce.

“The business will do nothing to nurture you or your art,” he said.

Semper urges students to “keep your head straight, know who you are and don’t take them seriously. Hollywood is full of sociopaths.”

Though the lecture was filled with blunt, real-world advice and warnings, students still reacted positively to the speech.

Emily Eastham, a freshman telecommunications major, said that she attended the lecture after seeing an email about it.

“I grew with a lot of his shows…”The Jetsons” was big one for me,” she said, “I really liked [the lecture], I wrote down all his little tips.”

“It’s kind of formulated ideas that I have when I’m writing the scripts for radio dramas that I want to do,” said Jemiolo.