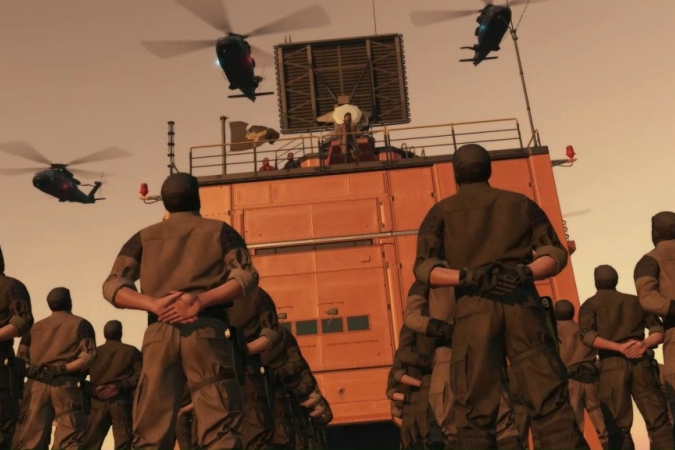 One of the multiplayer modes for Metal Gear Solid V will have microtransactions. The PvP Forward Operating Base (FOB) mode utilizes an in-game currency called MB coins, which can be purchased with real money.

FOB is an optional mode that will see players building up their own unique Mother Bases. These bases can be used for multiple purposes. When participating online in FOB mode, players can invade others bases or be invaded themselves. Enemy players can steal items and resources or just cause trouble, while the owner of the base has to defend it and drive out the invading forces.

However, players will have to purchase resources with the MP in order to build up their bases. Konami officials tweeted that MB coins can be earned in the single player portion by advancing the story and completing missions. Buying them is an optional way to kickstart FOB mode.

It is still unknown how much of an impact MB coins will have on the overall FOB experience, as FOB mode does not launch until September 1, alongside the game. Also, it has not been confirmed whether Metal Gear Solid Online, a separate multiplayer mode launching on October 6, will also have microtransactions.