Charnice Milton: 'She was a champion and she died a champion'

The first time Charnice Milton earned a B in high school, her father Kenneth McClenton remembers her telling him, "Sometimes stuff happens."

"I said, 'Stuff happens? Well, now I'm about to take your stuff away,'" McClenton said laughing.

Francine Milton and McClenton pushed their daughter to her fullest potential, never letting her get down on herself despite a speech impediment and form of Asperger's syndrome. And their efforts proved to be successful as she graduated from Bishop McNamara High School with honors, and she accepted a Presidential Scholarship offer to Ball State.

After deciding to commit to Ball State, she boarded an airplane on her 18th birthday with her mother to attend her freshman orientation.

"She truly loved being there," her mother said. "She wasn't afraid of trying new things."

In addition to pushing herself in school, Milton was courageous, as any 18-year-old must be to travel the 557 miles from her high school in the Washington, D.C., area to Muncie.

"She didn't want to go to other colleges that everyone else was going to," McClenton said. "She was always a trailblazer."

After graduating from Ball State with a degree in communication studies, Milton earned her master's degree in magazine, newspaper and online journalism from Syracuse University. As a reporter for Capital Community News, she covered news in Wards 7 and 8 in Washington, D.C.

The community that knew her best at Ball State was not surprised at all to discover what the 27-year-old had been doing with her career.

Peggy Fisher, an assistant professor of communication studies at Ball State, taught Milton in several classes. Fisher said she was not surprised to learn of Milton's career as a journalist.

"Heart-wise, no, I'm not [surprised]," Fisher said. "She was brave with the things she had to overcome."

Tiffany Hecklinski, who taught in the communication department at Ball State from 2004 to 2009, also said Milton’s postgraduate success as a journalist was not surprising.

"Nothing about that surprised me," Hecklinski said. "Because nothing could stop her."

Sarah Aldridge was Milton's peer, and now teaches in the communication department and is an instructional design and technology consultant at Ball State.

"I remember being like, 'Yes, this is what was supposed to happen,'" Aldridge said recalling when Milton began her career in journalism.

Her parents, while proud of their daughter's accomplishments, had a different reaction.

"My daughter defied me," McClenton said.

He explained that because of her academic achievements, he envisioned her working for the Library of Congress. He "thought she would be safe there."

But once Milton began her career reporting for Wards 7 and 8, communities that are high in crime and poverty, her parents were amazed by how she developed as a journalist and a writer. She quickly earned a reputation for herself as a fair and credible reporter in the community.

"Local leaders would call her to attend events and cover stories because they knew she would be fair," McClenton said.

Milton's instructors and Aldridge described her as a class leader.

"She was also really, really smart," Aldridge said of her classmate. "She always spoke in class, and for me it was inspiring. It gave me confidence, as well as other students."

Her instructors also said she always took on group projects with a good attitude saying, "What can I do to help?"

"She just plowed through," Fisher said. "She never asked for special consideration."

Hecklinski said Milton stands out to her in her mind because of who she was as a person.

"I can remember her vividly walking down the hall, books in her hand, with a kind word for everyone," Hecklinski said. "She never had a mean word for anyone."

Milton was changing buses after covering a meeting when she was shot and killed on May 27. She was not the intended target; she was used as a human shield, McClenton said.

There are 14 suspects at large, he said. The shooter, the intended victim and at least 12 accessories. No one has been taken into custody at this time.

"No one wants to be a part of the alumni who bury their child," McClenton said. "My wife [Francine Milton] and I, we were shocked but we weren't perplexed. Everyone has an appointed time."

After police confirmed to them that their daughter had died, they immediately began to pray.

"She wants you to know that she is sitting at the right hand of the Father," he said. "She was a champion and she died a champion."

Her parents rely on their faith in God, something they said had always been a constant part of Milton's life.

"You would think she was afraid, but she wasn't," her mother said. "She walked in faith not fear."

As part of Muncie’s Riverfront District project, The Clubhouse @ Accutech is introduced to the Muncie community

By Cierra West / 2 days ago

The Clubhouse @ Accutech opened in July 2022 in downtown Muncie, as a part of Mayor Dan Ridenour's Riverfront District project. This digital golf facility and eatery offers something new to the community. 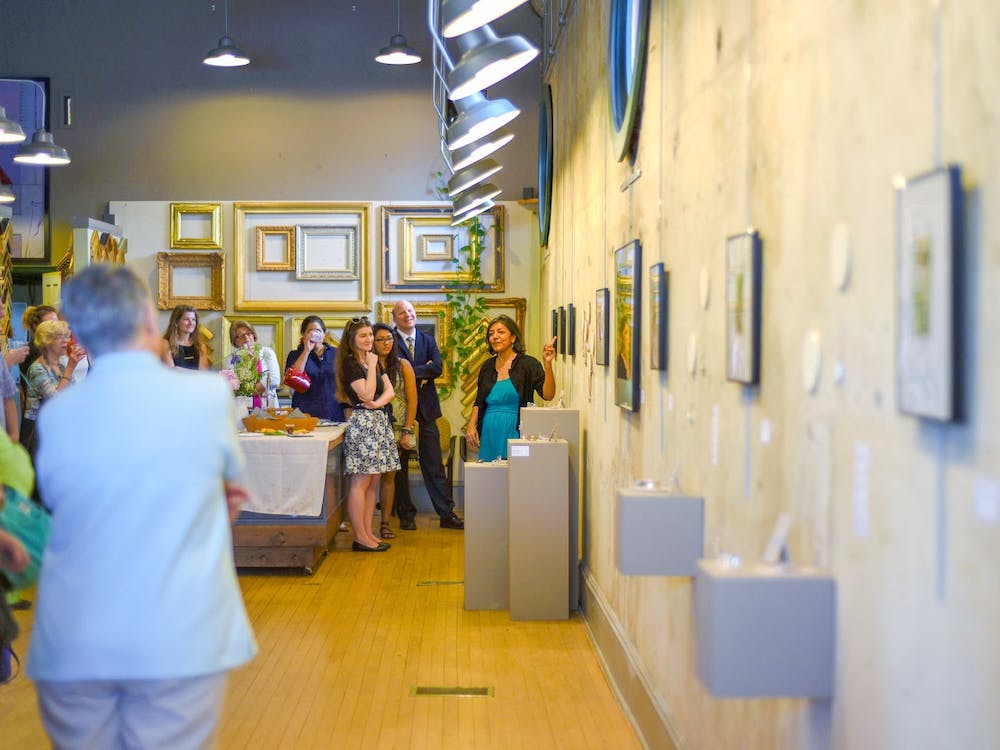 By Zach Carter / 4 days ago

First Thursday started in 2001 and will have its 21st anniversary with its upcoming December event. The December 2022 event will have a variety to showcase, including musical acts, such as the Muncie Community Schools elementary choir.

“Let’s have a parade!” are the iconic words spoken as the ribbon is cut, indicating the beginning of Macy’s Thanksgiving Day Parade in New York City. Big helium balloons, floats, celebrity performances, Broadway stars, clowns, and the New York Rockettes. The parade is a New York tradition not only for the city but for family and friends all across America.