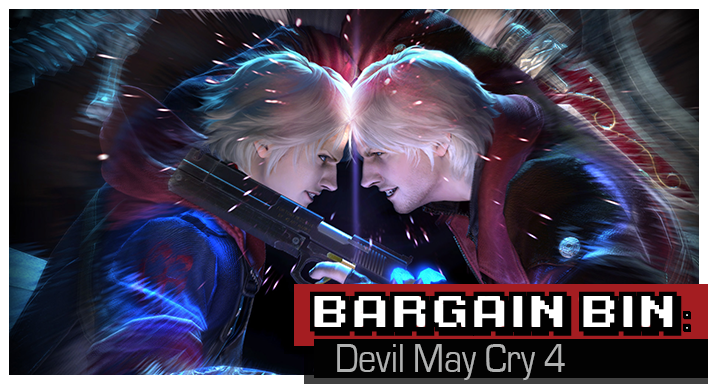 There’s a very clear satisfaction in just beating things up. Be it punching bags or hordes of demons. Devil May Cry 4 is available with plenty of demons to beat up, slice, dice, and shoot in style.

This engine allows for a stylish motion blur which compliments Devil May Cry 4’s slick gameplay, steady 60 FPS, and gorgeous environments, animations, and character models that still hold up after six years.

This is only secondary to the reason why everyone loves Devil May Cry: the gameplay.DMC loves to throw lots of unique weapons, aggressive enemies, and incredibly challenging bosses at you, forcing you to master the combat system for a better score. The core focus surrounding the gameplay lies in style and showing off. Combos, creativity and riskiness, evading and guarding enemy attacks, and even taunting (which has a dedicated button) all increase Devil May Cry’s Style meter, which is used to gauge your score at the end of each level, which can range from a D rank to S rank. 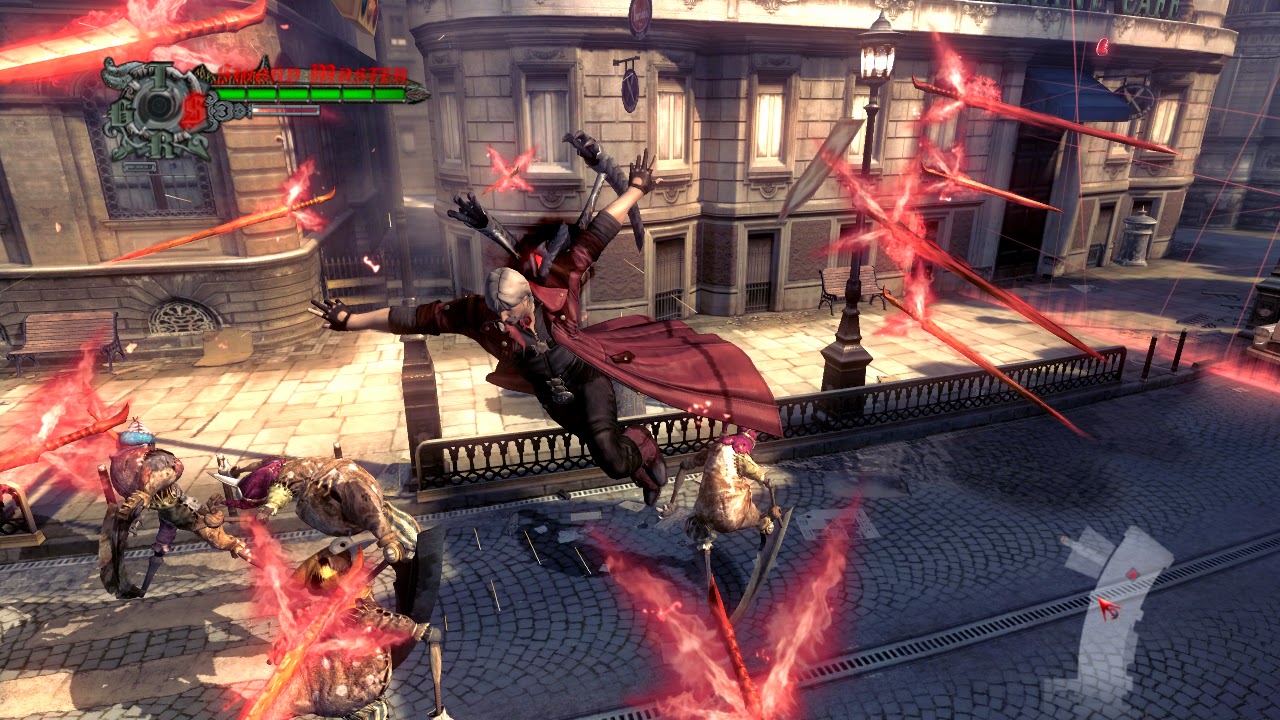 The depth in DMC4 comes from the ability to switch combat styles, with each style having a different move-set that have different functionalities, allowing you to have your own individual method of combat.

Devil May Cry 4 allows for you to turn combat into an art form by having each style bound to a directional arrow on the D-pad, enabling style switching on the fly, even mid-combo. With some fancy button-play, you can increase the amount of attacks possible on an enemy in a short amount of time.

The combo possibilities can get even more ridiculous thanks to the PC port available on Steam, which has an extensive modding community. Mods are available for increased enemy counts, different models,Dante’s Doppleganger, and Quicksilver (time control) styles. Such a lively modding community means that you get more than the original game at less than the original price.

Devil May Cry’s newest playable character to the series, Nero, has tricks of his own. Unlike Dante, Nero is armed with only one sword and gun, but Nero’s sword is customized with a motorcycle gear shift. This gear shift, when revved, coats Nero’s sword in a flammable propellant, enhancing Nero’s regular attacks and giving them more power and new animations as well. Nero is also armed with the Devil Bringer: his demonic right hand that can be used to counter enemy attacks and bring them closer to him and vice versa.

Devil May Cry 4’s issues lie in a few things: the economy, difficulty spikes and backtracking. In the previous entries, skills and items were both purchased with red orbs.

A new type of currency, Proud Souls, are used to purchase skills while red orbs remain for items. Every time you purchase a skill, the cost of Proud Souls needed to upgrade exponentially increases, adding unnecessary length to acquiring all skills. 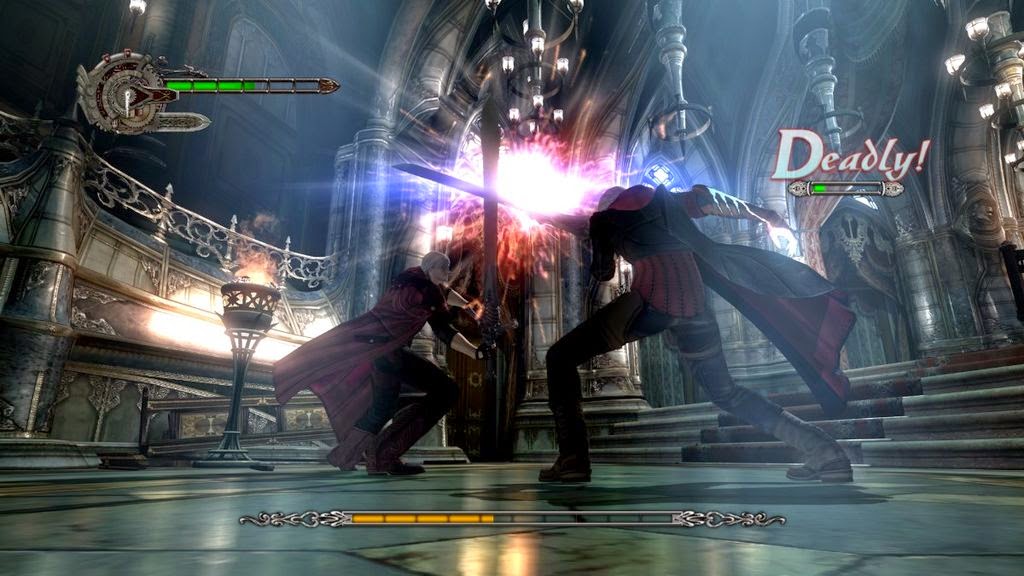 While seeming to be completely finished, Capcom actually rushed Devil May Cry 4’sdevelopment, resulting in an absurd amount of cut content. In the game’s campaign, Dante’s missions are just Nero’s missions, but in reverse. Originally, Dante was going to have his own unique areas, boss fights, and Nero was supposed to have even more gameplay content. This is rather disappointing because a lot of the detail that comes from the MT Framework engine gets wasted when you just run through the same levels for a second time.

Some of these areas add unnecessary difficulty spikes due to level geometry and placement of enemies. For one example, certain enemies can knock you off of a platform multiple times, resulting in taking the same trek upwards over and over again.

Is the game perfect? No. There’s a lot of squandered potential from the development, which is evident by an overly abundant amount of work in the game’s artbook being absent in the game itself. But if you’re looking for a fun, skillful action game with a deep combat system, Devil May Cry 4 is an excellent addition to anyone’s library that wants challenging, but rewarding gameplay.