Fifty-five times this season, Graham McIlvaine sent an attack over the net.

As the Ball State men’s volleyball team’s starting setter, it’s not his job to attack. The senior sets passes to allow his teammates the chance to rack up kills.

But catching his opponents off-guard is something he takes pride in.

“I’d say I’m better at it than most setters,” McIlvaine said. “I think it’s a great thing to do when you want to take advantage of the defense.”

Attacks from McIlvaine are unlike ones from his teammates. Most of them occur after a ball is passed to him that’s too high to properly set.

While the opponent is watching to see where the set will go, McIlvaine quickly raises his left arm and dumps the ball on the other side of the net. He is usually so quick that defenses don’t realize what’s going on until it’s too late.

He’s also left-handed, which provides a physical advantage. Most passes are placed to McIlvaine with the right side of his body facing the net, meaning he doesn’t have to reach his right arm across his body to control the ball and send it down.

This season, the surprise attack has helped his team to a 7-5 start.

“Because of his physical abilities, it comes naturally,” Ball State head coach Joel Walton said. “It’s a part of how he plays.”

McIlvaine stands at 6-foot-6, taller than most setters. His size allows him to get attacks over the net faster and have less problems getting rejected.

One memory that stands out for him took place against Penn State last season. He dumped the ball over the net where it was quickly dug and returned. Before the defense could adjust, he sent it back a second time, this one hitting the ground for a point.

Junior outside attacker Shane Witmer said although players outside of the setting position will occasionally dump the ball, it’s almost exclusively a move for setters because opponents rarely expect it. Also, outside attackers have better ways of earning points.

McIlvaine uses the move more than most players. Only Tim Schmidt from Lindenwood has more attacks than McIlvaine, with 62, in the Midwestern Intercollegiate Volleyball Association.

“If the pass is high and tight, it’s easier for me to go up and dump it straight down toward the court,” he said. “I try to do it when I have a good matchup.”

Sometimes, middle attackers will be shifted out of position, putting a smaller man or nobody on McIlvaine. Without the worry of being blocked, he can rise and send the ball back.

Walton didn’t teach him the move and doesn’t budget practice time to teaching other setters.

McIlvaine attributes his aggressiveness to his play as an attacker during in high school.

The dual threat currently has 25 kills on the season.

By Daniel Kehn / 27 minutes ago

When she first stepped foot on Ball State’s campus during her recruiting visit, Wielonski said she didn’t feel like an outsider. She immediately felt like she belonged as a Cardinal. 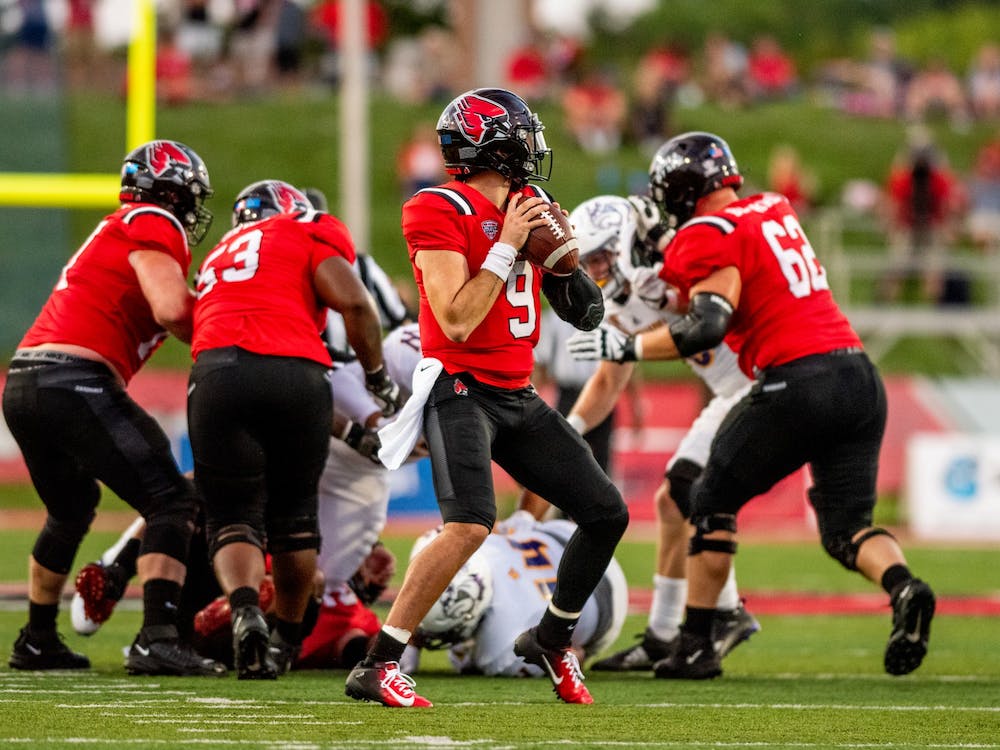 Ball State Football has a losing record for the first time since 2019, as they fell to Wyoming 45-12. The Cardinals could never find a rhythm, as they fell into a 31-0 halftime deficit. The second half was closer, but Wyoming still had the edge and ultimately won the game.