What: “Joy of Christmas” tour

Can’t make the show because of finals?

McBride will have a few more shows after her stop in Muncie. She’ll be in St. Louis, Green Bay, Bloomington, Ill. and Chicago. For more information on these shows, visit martinamcbride.com.

Country singer Martina McBride has been a recognized country artist for 21 years. She was once called the “Celine Dion of country music” with her soprano voice and hit singles, and she will soon be on campus.

McBride will take her “Joy of Christmas” tour to John R. Emens Auditorium at 7:30 p.m. Thursday.

She will be accompanied on stage by a 12-piece band during the performance.

McBride’s hits, “This One’s For The Girls,” “Independence Day” and “Concrete Angel” have been heard on the radio across the nation. McBride has sold more than 15 million albums and has received numerous awards.

The country artist spent much of 2013 on tour with fellow country music legend George Strait on his “Cowboy Rides Away” tour. She said it has been an amazing experience and an honor to tour with one of the “biggest entertainers in music.”

This is the second year that McBride has celebrated the holiday season with fans on the “Joy of Christmas” tour.

“A few years ago, I made a Christmas album called ‘White Christmas.’ I just loved the music and the songs, and I decided that I would love to go out and sing those songs live,” McBride said. “This show is very theatrical, very fun and very Christmas-y. It’s such a joy to do it.”

Kristi Chambers, Marketing Assistant at Emens Auditorium, said that they have been pursuing this show for several years. This year, everything fell in place to have McBride perform, Chambers said.

“We always strive to bring a wonderful Christmas event to Emens in December and since Muncie has such a love for country music, Martina McBride was a perfect fit,” Chambers said. “The event will be a beautiful Christmas celebration for the Emens staff just as much as it will be for the audience.”

While the tour’s title sounds strictly festive, the Muncie audience will hear some of McBride’s non-festive hits. In addition to holiday classics such as “I’ll Be Home for Christmas” and “Run, Run Rudolph,” McBride is expected to perform “This One’s For The Girls,” “In My Daughter’s Eyes” and “Blessed.”

McBride is taking the tour to venues across the Midwest and with each stop, she is incorporating members of the community and the audience in her show.

A “distinguished member of the community,” not yet announced, will join McBride on stage to read the “How the Grinch Stole Christmas” while she sings “You’re a Mean One, Mr. Grinch.”

The tour also invites students from dance schools and local studios to perform at each concert.

McBride will also get the audience involved with the show during a spontaneous question and answer session. She called this her “favorite part of the show” because she is the one asking the questions about what people are doing for the holidays, their favorite gifts and special traditions.

“I just want people to have a really good time at the show,” McBride said. “It’s about forgetting everything for a couple hours and really getting into the Christmas spirit. It’s a family show, and it’s just a lot of fun.”

Fans can expect a new album from McBride in March 2014 with a tour to follow. She said that the new year will be a busy year for her because “album release years are always busy years.”

For more information or to purchase tickets for the upcoming performance, visit the Emens box office. 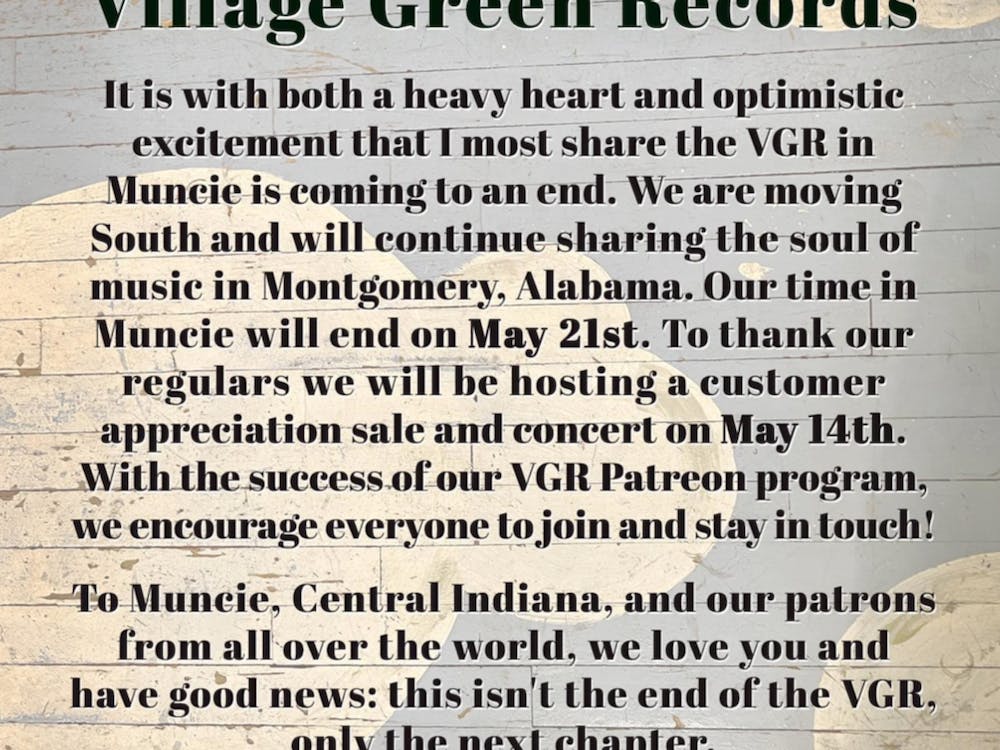