by Conner Tighe The opinions and views expressed in this article are those of the author and do not reflect the opinion of Byte or Byte’s editorial board. Lasting six seasons and winning over 30 awards from its inception in 2009 to 2015, Fox’s groundbreaking show Glee celebrated inclusivity, equality, and what it means to be in high school in a way no other show had before or afterward. Although it took place in fictional Lima, Ohio, despite being filmed in Los Angeles, the show captured small-town Midwestern madness that many of us can relate to. Creator Ryan Murphy made the comedy musical expand upon High School Musical, going beyond the stage and deeper into the lives of what made singing so special when nobody else thought it was. Years afterward, the aesthetic was replicated to the best of its ability with NBC's Rise, which lasted only one season. Zoey’s Extraordinary Playlist explores the life of Zoey Clarke (Jane Levy) who has the ability to hear people’s thoughts and desires through performances from the people in question. The show is in its second season which began in early January. In my opinion, the show merely mirrors Glee’s aesthetic while not capturing its true essence. Rise, on the other hand, is on the more musical side of things. Although Rise was decent in its plot and carried through with its musical ensembles, Glee still reigns supreme and most likely will forever. Glee left no genre untouched with over 700 performances on the show. During the pilot, the last performance of Journey’s “Don’t Stop Believin’” was influential in many ways. First, with its underlying message of resistance and not giving up on your dreams, the song propelled the glee club to continue singing amidst backlash from the school and principal. The song became something more meaningful after the death of Cory Monteith’s character, Finn Hudson. [caption id="" align="alignright" width="459"]

Image from Medium[/caption] The song was the first performance in the show, with Rachel Berry (Lea Michele) and Hudson collaborating their vocal skills. Berry had a dream of landing a role on Broadway and a career in New York, and she performed the song in front of judges during season four. Later on in season five, the song was sung again with the remaining members of the glee club. “Don’t Stop Believin’” was the glee club's glue and base and a celebration of the beginning of a club that started small. Each character had their unique abilities like Brittany Pierce’s (Heather Morris) dancing, Hudson’s leadership role, and Berry’s vocal range. The characters came from their own backgrounds, with each character explored throughout all six seasons with the introduction of an additional cast in season four. Some characters fought and struggled with one another while others faced struggles within themselves. Some of the more relatable storylines were Kurt Hummel’s (Chris Colfer) struggles with being gay in high school and Hudson’s struggles with being a straight male in the glee club and quarterback of the football team. Toxic masculinity, teen pregnancy, homosexuality, fear of criticism, alcoholism, and many other real-life struggles were tackled in the show. Although the show came with its heartfelt moments and success, over the recent years, the cast has been affiliated with tragedy with three members gone; most recently, Naya Rivera sadly drowned in early July. It’s unlikely that any cast members will forget about a show that brought people together through music and struggles that many of us face. The characters felt real to the point where I felt like the school and the oppressive environment acted incredibly well by Jane Lynch’s Sue Sylvester were real. [caption id="" align="alignright" width="468"] 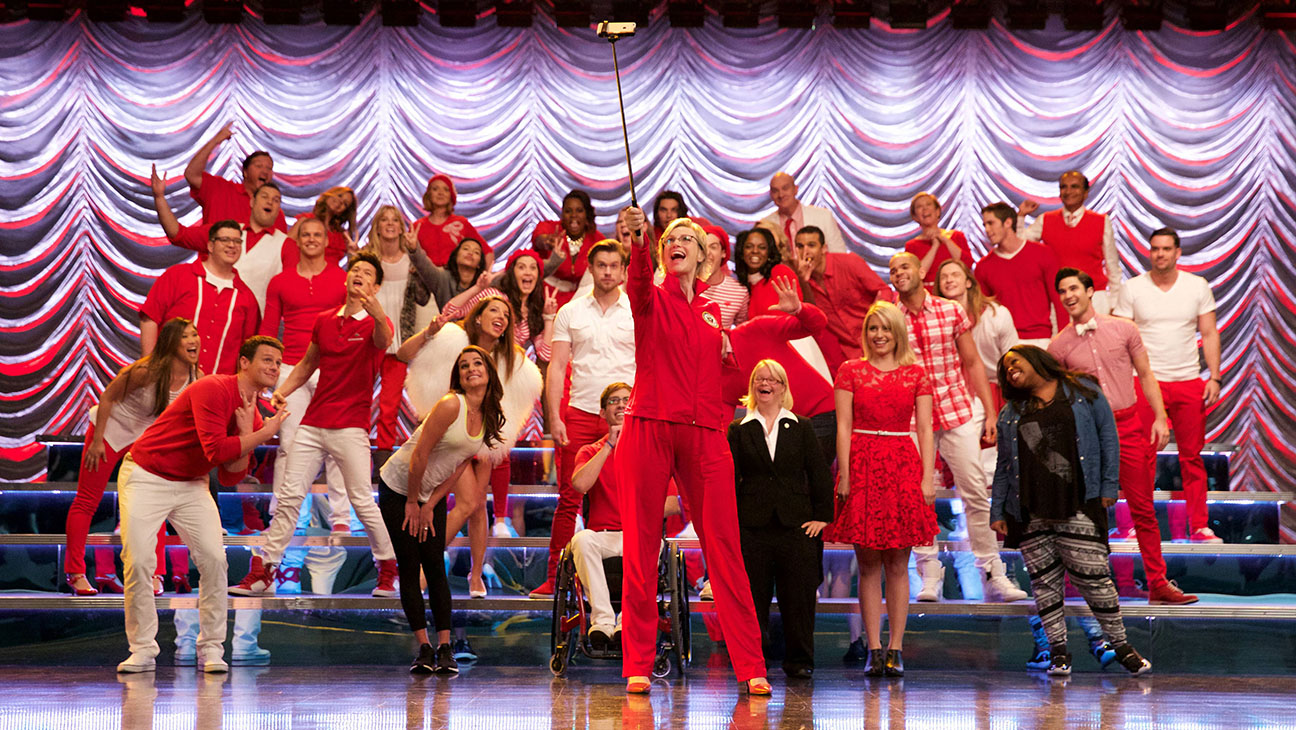 Image from Hollywood Reporter[/caption] Glee ended with Berry making it big on Broadway, even winning a Tony award for her efforts in the fictional musical Jane Austen Sings. Each character went in their own directions, some staying in Lima while others moved to Los Angeles, Kentucky, and New York. The final episode, “Dreams Come True,” featured all the remaining cast members singing “I Lived.” Although the ending was decent, Murphy revealed in a 2013 interview that the show was meant to end differently. Berry would’ve returned to Lima after Hudson started his own glee club with him asking her, “What are you doing here?” And Berry would reply, “I’m home.” There’s perhaps no other show out there in recent years that took something laughable—a musical—and turned it into something so relatable and heartfelt in every way possible. There’s little to hate about Glee with its character development, emotional roller coaster of a storyline, and musical numbers that celebrate a wide range of artists. The cast truly felt like one big family with their issues and celebrations together.