More than a month

Jacqueline Hanoman, sociologist and director of the Ross Community Center, grew up in Venezuela and Guyana and said she has always wanted to make a difference and help people. After obtaining a master’s degree at Purdue University, she started research in South Africa, but, when the budget was cut down, she and her husband moved to Muncie, where she got involved with the Habitat For Humanity neighborhood revitalization program.

Growing up constantly moving and living in various places around the world, Hanoman has seen many different communities, but Muncie was familiar to her — a neighborhood that had a strong sense of community. Through her work at the Ross Community Center, Hanoman has been able to get to know the people in the Muncie community and create a place for community members to gather. To her, Women’s History Month isn’t a fad or one month out of the year, but something that should be celebrated every day.

“I think celebrating International Women’s History Month is important because, in many societies around the world,” Hanoman said, “the work of women and influence of women is undervalued, unfortunately.”

A lifelong Muncie resident, WaTasha Barnes Griffin grew up in the Five Points neighborhood on the south side of Muncie. Whether it was helping out at the local food pantry or passing out flyers for political candidates, Barnes Griffin learned from her mother and grandmother that helping people was important and should always be a part of her life. After fifth-grade career day, Barnes Griffin said, she finally found a name for what she wanted to do: social work.

After college, Barnes Griffin moved back to Muncie and started working in different social work areas around the city. From working as a prevention coordinator at A Better Way to being the director of Open Door Health Services to where she is now as the chief executive officer of the YWCA of Central Indiana, Barnes Griffin has had an impact on the Muncie community. At the YWCA, Barnes Griffin helps Muncie women in need and gives back to the community.

“A lot of the things we can do now is because there were brave women before us that blazed the trail,” Barnes Griffin said. “From Harriet Tubman — who helped move people out of slavery — to women fighting for civil rights and making sure we have space to speak and vote, you can’t not celebrate women.”

Growing up the oldest of four in a suburb of St. Louis, Beth Goetz, Ball State athletic director, was surrounded by sports. Up until her senior year of high school, Goetz played softball, basketball and soccer. Most of the colleges Goetz visited for soccer had first-year programs because, at the time, collegiate women’s soccer programs were still being established. After graduating high school, she was recruited to play soccer at Brevard College and later transferred to Clemson.

After graduating in 1996, Goetz began coaching at Missouri-St. Louis, her hometown school. She went on to become an associate athletic director at Butler before becoming the deputy athletic director at the University of Minnesota. Her last stop before Ball State was the University of Connecticut, where she was the chief operating officer. Everywhere she’s worked, Goetz said, she has tried to be a mentor to the women around her.

“When young girls and young boys see women or people of color in positions they aspire to be, it becomes more real as an opportunity because they’ve seen someone that looks like them or has the background they share can do it,” Goetz said. “When you recognize there aren’t as many, it comes with a responsibility to make sure you engage with others that may want to follow the same path.”

When she was 12 years old, Susana Rivera-Mills, Ball State provost and executive vice president for academic affairs, and her family fled her home country of El Salvador to avoid the violence of its civil war. After immigrating to the United States, her family settled in California with hopes of returning home when things improved, but Rivera-Mills and her family had to stay in the U.S.

She went on to become a first-generation college student and attend Humboldt State University before transferring to the University of Iowa for her bachelor’s and master’s degrees and finishing her doctorate at the University of New Mexico. After her schooling, Rivera-Mills worked as a Spanish professor at Northern Arizona University for 12 years before being recruited to Oregon State University as a Spanish professor and becoming the vice provost for academic programs and learning innovation. In 2018, Rivera-Mills began working at Ball State. Surrounded by academia at multiple universities, Rivera-Mills said, she has noticed there are not many women leaders in higher education. She said she sees her role as somebody who can guide members of her team.

“I feel there is a real need for women to mentor one another,” Rivera-Mills said. “I think it’s amazing that our society is recognizing women that have been invisible and have still not been celebrated.”

By Maya Wilkins / 9 hours ago

Brandon Smith, 21, stood just below the steps at Monument Circle in Indianapolis on April 18, with a megaphone in his hand, his voice shaking and his eyes filled with tears. Surrounded by his family, friends and strangers, Smith told the story of his younger sister Karli.

By Nicole Thomas / 12 hours ago

When Stacy Steggs was about 8 years old, her grandmother was her first student she taught sign language to. 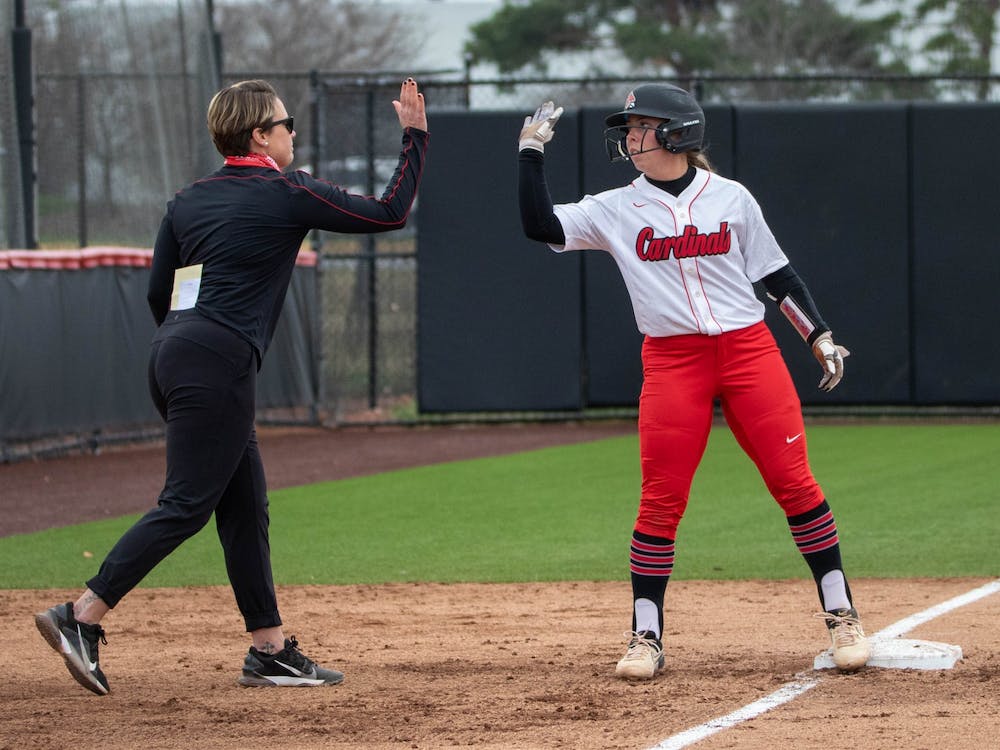 Choose University Dermatology Center for all Your Skincare Needs!