Remote has Wallows closer than ever

Written and recorded in its entirety throughout the period of quarantine, indie/rock band Wallows released their newest EP, fittingly, titled Remote. The whole writing and recording process of this 6-song EP was done remotely, as you could’ve guessed, with the band exchanging voice memos they recorded off their phones. In 2017, Wallows released their first single “Pleaser.” They accumulated a steady fan base after that and have only grown in popularity. It’s safe to say that their once straightforward, heavy instrument, influenced rock sound has matured into their now-signature soft-indie rock sound. Remote is the second EP from Wallows and it follows suit of the success of their debut album, Nothing Happens, and their debut EP, Spring.

From hitting their marks to singing out their hearts

Wallows is a dynamic trio that consists of: Braedan Lemasters on lead vocals/guitar; Dylan Minnette on vocals/guitar; and Cole Preston on background vocals/drums. Wallows released their debut single in 2017 titled “Pleaser”, and it received massive success, reaching number two on the Spotify Global Viral 50 chart. The band only skyrocketed from there, collecting millions of streams on all of their songs while building a sufficiently large fan base along the way.

Before all of this success came barreling in, two-thirds of Wallows were actors. Minnette rose to fame from starring in the smash hit, drama TV series 13 Reasons Why, along with a string of eclectic films. In 13 Reasons Why he played Clay Jensen, an awkward and quiet high school student who gets blindly propelled into solving the mystery of his classmate and crush, Hannah Baker’s suicide. This Netflix original ran for four seasons, before ending earlier this year in June. Lemasters is most well-known for starring as a series regular on Men of a Certain Age, in which he played Albert Tranelli, the son of party supply store owner Joe Tranelli and in R.L. Stine’s Monsterville: The Cabinet of Souls, where he played Kellen, one of four high school students who are targeted by an evil carnival.

Remote kicks off with “Virtual Aerobics.” This song starts with a funky and offbeat piano riff that flows well with the guitar and drum beats and Minnette’s easily distinguishable voice that forms a quirky, catchy, and innovative song. The bridge of the song being,

and continuing with Minnette repetitively singing “like that” which makes the song even more catchy and lively.

“Dig What You Dug” is the second song of the EP, both Minnette and Lemasters voices’ are the stars of this song. Their voices blend in harmony.  In the last 20 seconds of the song, just the upbeat instrumental lightly plays, but there is a spoken outro. The spoken outro says,

Having this fresh element really works in favor of the song and adds another layer of depth and individuality to the song. It gives the song more personality.

“Nobody Gets Me (Like You)” is about finding that special someone who you connect with on not just a surface level basis but on a deep, meaningful, level that people crave to find. The guitar riff in the beginning, along with Lemasters’ low-pitched vocals, sets the tone of a 90s coming-of-age high school movie. It has the same feeling as when the “perfect” girl walks into the cafeteria in slow-motion and takes away the main character’s breath, leaving him speechless and gawking at her. This song is charming and will surely appeal to your hopeless romantic side.

Next up is, “Coastlines.” This song discusses the struggles and hardships that come along with maintaining a long-distance relationship. Minnette sings the chorus,

This is something that many people, especially those in long-distance relationships, will relate to. He sings about being on different coastlines, which is already hard enough to be physically away from your significant other, but he also touches on feeling uncertain and overthinking details about his relationship. These thoughts creep up when you are separated. This song uses synth beats, electronic guitar riffs, and reverb to generate a staggering listening experience that is worth another listen and another and maybe another one after that.

“Talk Like That,” is about being told something that you really don’t want to hear by your significant other. Presumably, in this case, a breakup. In this chorus, Minnette sings

“Cut my heart in half, give it back when you talk like that/ Probably all in all, if they call, get a heart attack/ Feels more like your death, lost my breath, can you give me more?/ Do it all again, by the end, tell me I'll be yours.”

These are my favorite lyrics on the EP. Minnette sings so passionately and his voice works wonders on this song. There’s a spoken outro at the end of this song as well, with the voice saying,

“Hey John that last one was pretty good but, uh/ How do you change the station on this thing?”

followed by a static noise that smoothly begins

The transitions are crisp and clean throughout the whole EP. Specifically the transition from this song into “Wish Me Luck.” It forges a cohesion and fluency that is unmatched.

Remote closes with “Wish Me Luck,” which is my personal favorite. It’s the most candid, open, and honest song on the EP. Minnette sings in the first verse,

“I don't wanna lose myself to all my insecurities/ If I told you all of them, who would it hurt more, you or me?”

Being insecure and being worried about sharing those insecurities with someone else is something listeners everywhere can surely relate to. It’s hard to open up to someone about your insecurities; especially someone you care so deeply about. You don’t want to scare them away and have it blow up in your face if you open up, but it’s also scary to be vulnerable enough to let someone in. The lyricism is exceptional, but it's admirable that the song implements an intentional rhythmic vocal pattern and synth beats. The rhythmic vocal patterns and synth beats balance the heavy subject matter of the lyrics, which discusses personal insecurities and trust issues. This EP stands out from previous music they’ve released because it’s showing their growth as not only lyricists but artists as a whole. The lyrics, production, and transitions on Remote are better than any of the other music they’ve released.

Dig What You Dug 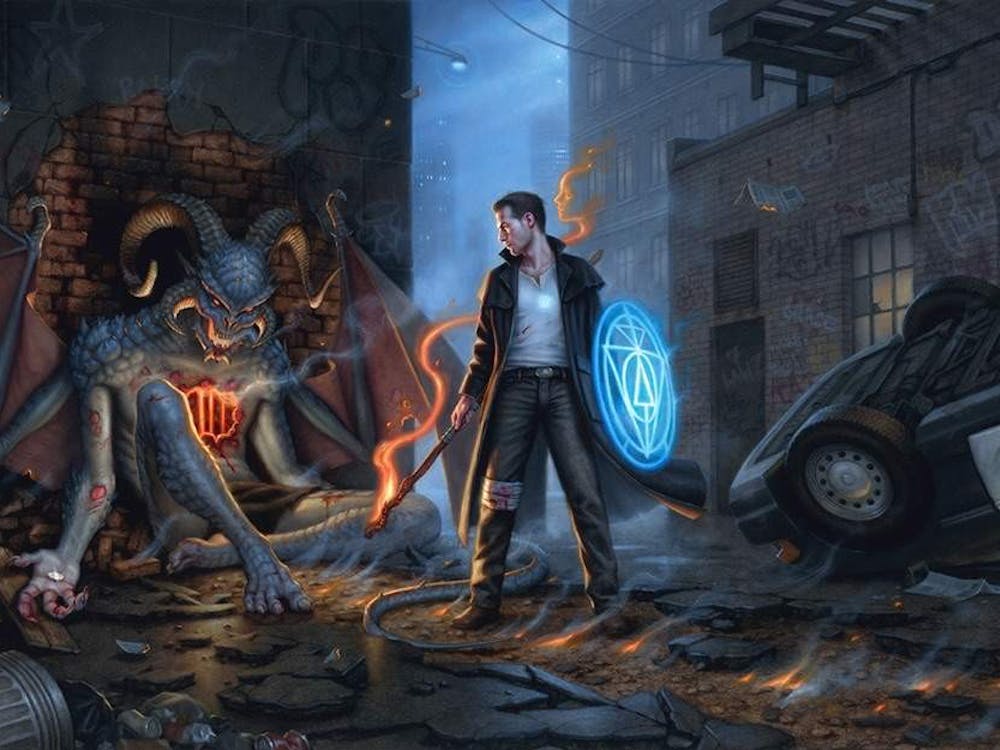 By Mason Kupiainen / 3 days ago

With the popularity of big-budget, high profile fantasy shows popping up everywhere recently, streaming services seem to be looking for the next Lord of the Rings or Game of Thrones to fill in that empty void. Shows like The Witcher and the upcoming Wheel of Time, Lord of the Rings, and the Game of Thrones prequel will hopefully continue to provide great, epic fantasy entertainment. There are many other fantasy book series that often get overlooked by bigger series however, they deserve the same, if not more, recognition as the bigger show stoppers. These series could also make for great book-to-screen adaptations, like some of the others. Considering the state of the world right now, we all could use a break and jump into a fantastical world where our problems don’t seem quite as bad. 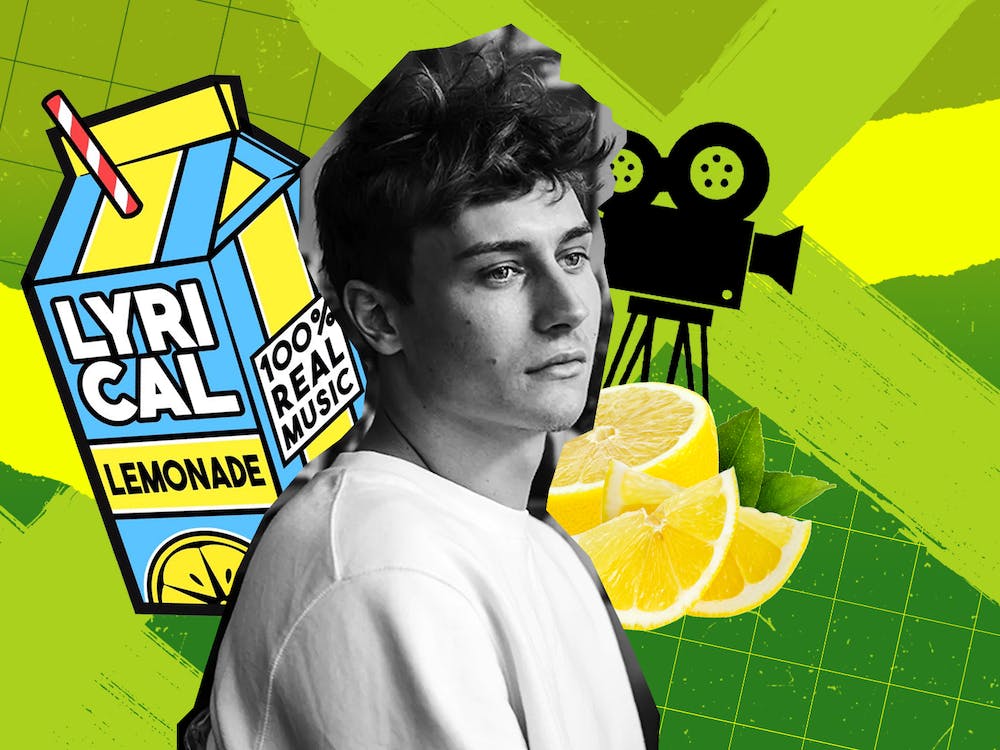 Cole Bennett is an Underappreciated Symbol for Visionaries

Whether it is the unique animation-style music videos, canned lemonade, organic environment flourishing within a warehouse in Chicago, or Summer Smash music festival; Cole Bennett, 24, has quickly become a prominent figure in the music industry and he is nowhere near slowing down. What originally formed as an idea for a blog, quickly became more after Bennett swiftly established himself as a prominent figure amongst the hip-hop/rap community. Bennett released his first music video in high school, at the age of 17. Thus, his brand, Lyrical Lemonade, has spearheaded itself to be a symbol of attaining any dream, no matter the depth. 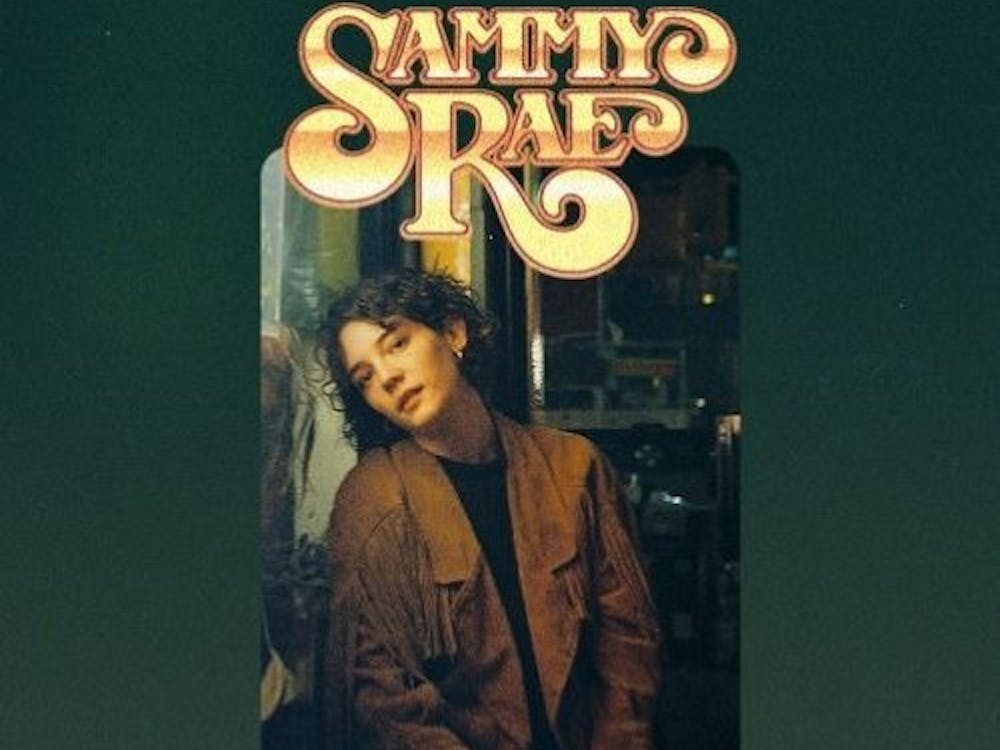 Artist of the Month: Sammy Rae

For anyone looking for new music, I highly recommend checking out Sammy Rae. Last year when I was getting prepared for a long car ride, I reached out to people asking for new music recommendations and a friend of mine told me about Sammy Rae’s EP, The Good Life. Unlike some groups where if you’ve heard one song you have heard them all, Sammy Rae keeps the listener interested by reflecting many genres such as jazz, pop, blues, and rock in her music. With a diverse array of genres in her music, every song has a distinctive sound.