The Sleepover is a family action-comedy, the sort that moms use to wrestle all their children into a row of theater seats, either as a treat or—in the case of a summer blockbuster like this one—because it’s too hot to play outside. Nowadays, due to the pandemic and the rise of streaming, you can find it released directly to Netflix.

In The Sleepover, siblings Clancy and Kevin haven’t been getting along with their parents lately. Their mother, Margot, never wants them to do anything fun, and their father backs her up by making them stay home on a Friday for the world’s lamest sleepover. As it turns out, Margot has good reasons for wanting to keep the kids safe: she used to be a high profile thief before she settled down, and is now in witness protection. Margot’s old boss has tracked her down and requested that she complete one final heist, and he’s made it clear that he won't be taking no for an answer. Margot goes along with the plan but leaves clues behind for the kids to figure out where she’s gone. Clancy, Kevin, and their friends are determined to rescue Margot, the trail of clues leading them all over her old hideouts and into various wacky predicaments as they attempt to track her down. The story splits its time between both sides of the family as they try to make it out in one piece and, hopefully, reunite with each other by morning.

Now, that sounds like a movie concept designed to be fun for the whole family if I’ve ever heard one. But despite its surface-level appeal, The Sleepover could hardly be called fun for the whole family, because it isn’t really fun at all. It would be very easy to label this movie as simply "meh" and move on, but looking closer, there is some nuance to how underwhelming it is.

Taking the "high" out of "hijinks"

The Sleepover is, more than anything, just an incredibly predictable story. Clancy and Kevin are trying to piece together their mom’s location by finding out what happened in her past, and they end up encountering nothing that hasn’t been seen in dozens of movies before this one; nearly every plot twist can be seen coming from a mile away.

But, could the action and comedy aspects of The Sleepover add a little spice to its flavorless plot? Well, not really. As a comedy, it lands more misses than hits. There is a decent one-liner every twenty minutes or so, but overall, the humor is fairly lackluster, even by children’s movie standards. A lack of comedy might have been supplanted with some spectacular action scenes or cinematography, but those are pretty subpar as well. Even the cool gadgets that children’s spy films often feature are limited to an obligatory high-speed car that shows up for a single scene and one laser-shooting pen that makes two brief appearances and isn’t actually used to get past any obstacles or escape any bad guys. Hey, technology may have been less advanced back in Mom's heyday, but creativity knows no age, and The Sleepover could really use some.

The action, for the most part, is very slow and unconvincing. A lot of it is done in slow motion and, lacking in any fast pace or energy, fails to feel impactful. The one fight scene that’s choreographed a little better than the others is inexplicably set to “I Want Candy” by Melanie C. This may be because it’s required that about 80% of lazy kids' films to contain some version of the song, but it did not jive well at all in this scene.

All this slow-motion “action” (if it can be called that) is very reminiscent of The Sleepover’s actual pacing, which somehow feels too fast and yet not fast enough. The movie doesn’t take long enough to let us really get to know the characters before the inciting incident, but it does take a lot of time working in overly-long toilet humor jokes. Not that these are totally invalid, but that time could have been better spent in moving the plot along, or at least doing something to make the movie feel like it isn’t much, much longer than an hour and 40 minutes.

At one point during my viewing, Netflix froze up, and when the progress bar appeared onscreen I was shocked and mildly dismayed to see that there were 40 minutes left in the movie. The time factor might seem ideal for keeping the audience of kids occupied for as long as possible, but with an uninspired movie like this, it’s doubtful that they’d sit still and stay interested all the way through.

Some effort was made

Now, I feel I should make it clear that all these critiques are not to say that this movie is completely worthless.

There are a few touching family moments, particularly those involving the dad, Ron, who is the softer counterpart to Margot’s businesslike approach to parenting. Played by Ken Marino, Ron is made the standout role of The Sleepover, since Marino seems to be the one giving it the most effort and not just killing time until the movie is over. Other than him, however, none of the family members have very believable chemistry, and their relationships don’t feel well-established by the time the action kicks off and leaves them separated. It’s hard to stay invested in the possibility of their reunion when they don’t seem to like each other much in the first place.

The scenes with Dad may be nice, but they’re not nearly enough to save the movie. Once again, it comes back to the lackluster pacing and plot. Had there been more of those softer moments and more time and attention given to the family’s dynamic before everything went sideways, The Sleepover might have been a more engaging movie. I just hope the child actors can all go on to better projects because this one is sure to leave you snoring. 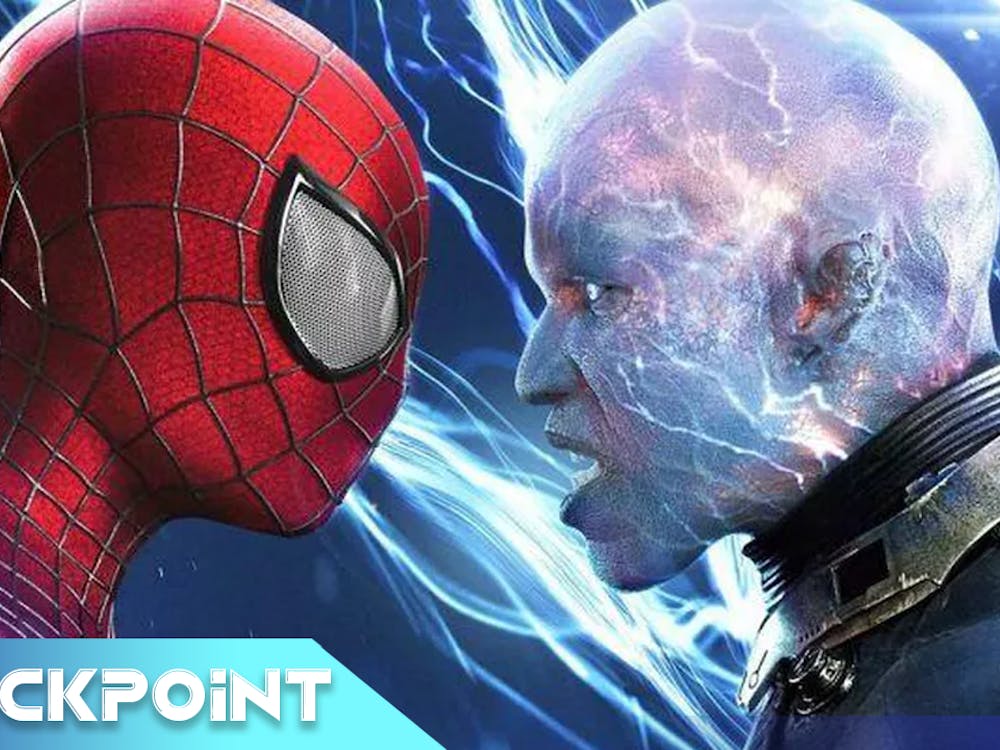 Blake and Aaron break down the recent news of Jamie Foxx's return to Spiderman and the implications he brings with him. 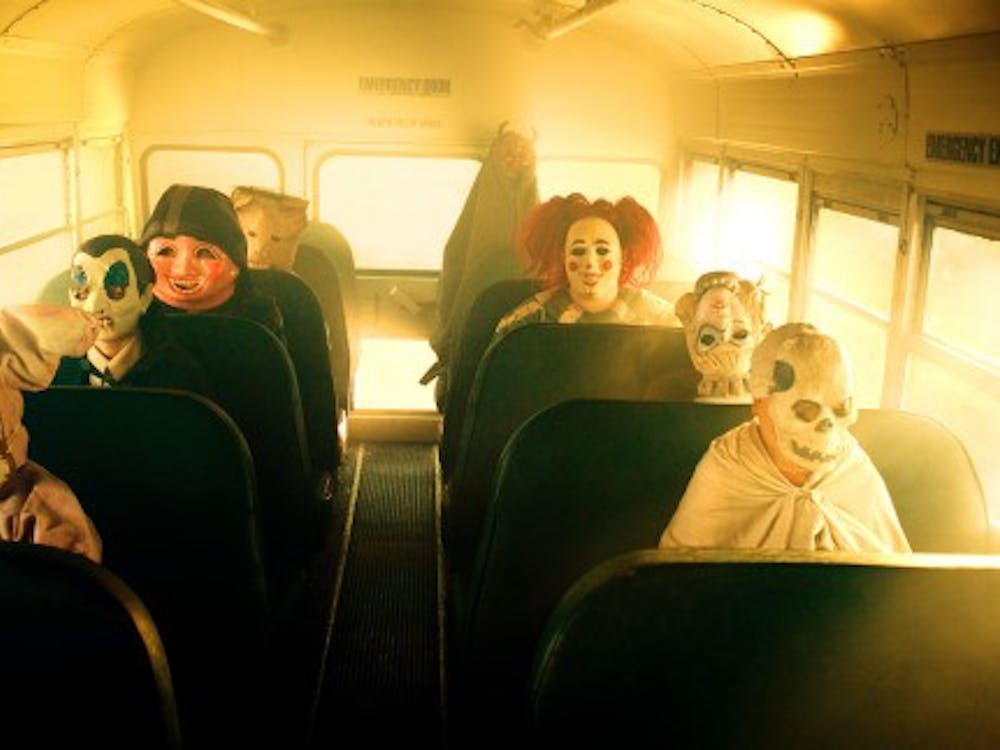 By Mason Kupiainen / 5 days ago

There are certain horror movies that are must-watch, staples for the Halloween season. Classics like A Nightmare on Elm Street, The Shining, Scream, and of course, Halloween are essential October watches. However, there are plenty of other spook-worthy films that should be watched during the month of October that don’t receive the credit they should. 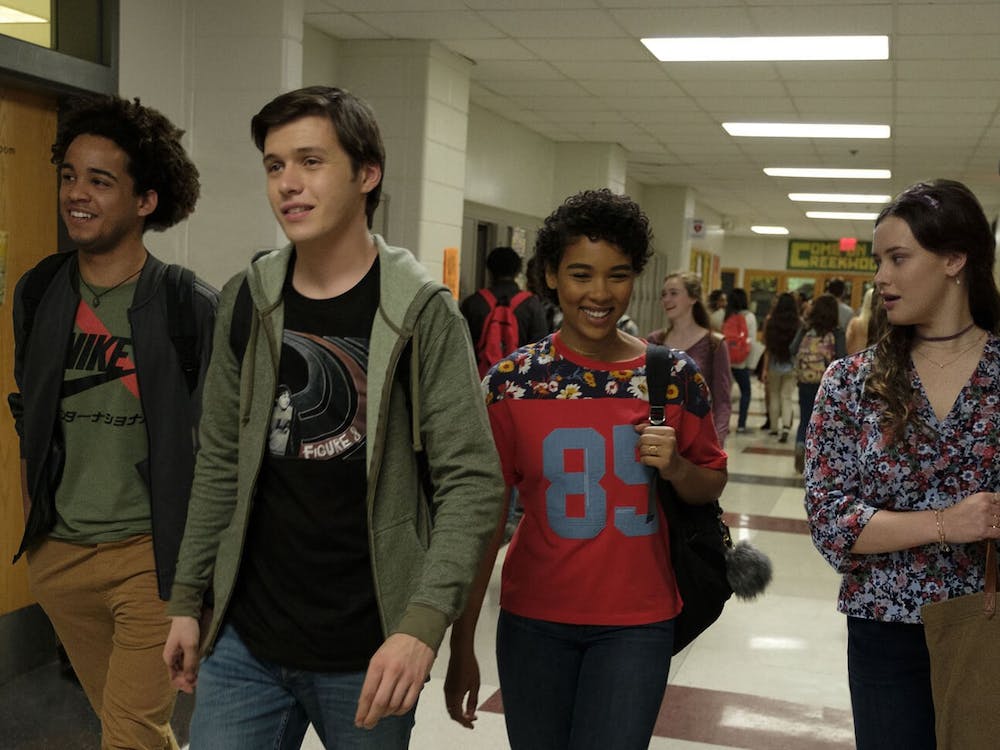 By Conner Tighe / 5 days ago

Sunday, we celebrated the hardship, failures, and suffering that LGBTQ+ youth and community endure and have endured since the beginning of time. We also celebrated the successes, stories of hope, and love and connection that make this community one of the unique and essential aspects of human history. National Coming Out Day was first observed in 1988 after a massive march for LGBTQ+ rights outside of Washington, D.C., took place a year prior. Thirty-two years later, the month of October has turned into a month that is bigger than getting free candy in a costume. It’s a celebration of love and the lives of the LGBTQ+ community that continues to fight for the right of all humanity — which is equal treatment for all of humanity everywhere. To commemorate this historic event, we look at the top five LGBTQ+ films.