With all this extra time — due to everything that is happening in the world right now — you more than likely have found yourself scrolling for countless minutes, sometimes even hours, searching for that perfect movie to cozy up to and watch. Given the endless amount of options, I have compiled a list of some of my favorite movies paired with the streaming services to watch them on. Movies can take us to a world away from our own and help us forget our reality, even if it’s just for a little while. These five movies never fail to totally immerse me into the world they each have created —  worlds completely different and far away from my own —  that tell an original story with it’s own set of circumstances and obstacles to tackle. They will blow your expectations out of the water and are guaranteed to become some of your new favorites.

Real-life best friends Pete Davidson and Colson Baker, aka Machine Gun Kelly, star in this coming of age comedy. Davidson plays Zeke, a drug-dealing college dropout who becomes best friends with his high school ex-girlfriend's younger brother, Mo, played by Griffin Gluck. Mo is a goody two-shoes teenager who idolizes Zeke and thinks the absolute world of him. Most times he even puts him on a pedestal in comparison to other people in his life, like his dad, played by Two and a Half Men’s Jon Cryer. Zeke becomes Mo’s mentor by giving him advice — which often falls flat — along with driving him around until he receives his license and having him hang out with all of his burnout friends, Baker playing one of them. At times it can be hard to watch such a good kid like Mo make so many bad decisions thanks to Zeke. Ultimately, that is what makes this movie so good.

Greta Gerwig directed this drama/comedy about Christine McPherson, or better known as Lady Bird, played by Saoirse Ronan, a high school senior who constantly butts heads with her mother. Marion McPherson, played by Laurie Metcalf, works relentlessly as a nurse. She is trying her best to support her family after her husband Larry, played by Tracy Letts, loses his job.  Lady Bird is trying to declare her individuality to the world by her urge to move as far away as she can for college, specifically on the east coast to New York. She wants to get away from her hometown of Sacramento, which she perceives as boring. This movie follows Lady Bird’s senior year of high school by displaying back-to-back, vital moments in her life. It’s a rollercoaster ride from start to finish and incorporates heartwarming and heart-wrenching scenes that will relate to anyone who watches it. This movie is a charming, witty, original, breath of fresh air take on the adventures of adolescence and finding yourself.

This romance/drama is based on the book, Call Me By Your Name, by André Aciman. It’s a tale about love in northern Italy in a small town, Crema. In the summer of 1983, 17-year-old Elio Perlman, played by Timothée Chalamet, is spending time with his parents in their villa in Lombardy, Italy. Oliver, a doctoral student played by Armie Hammer, works as an intern for Elio’s dad, played by Michael Stuhbarg. Over the course of the summer, Elio and Oliver spend a lot of time together and get to know each other on a deep level. Their underlying flirty behavior blossoms into a romantic bond that only happens once in a lifetime. This ravishing, raw, romantic bond turns sour at the end which ultimately is the heartbreaking reality that will forever change their lives.

Quentin Tarantino is a genius who is only capable of making movies that are masterpieces; this martial arts/action is one of his best. Tarantino wrote and directed this ‘kick ass and take names’ movie about The Bride, played by Uma Thurman, an ex-assassin who finally wakes up from her four-year coma after her ex-lover Bill, played by David Carradine, attempts to kill her on her wedding day. Once she realizes she has lost not only four years of her life but her unborn baby and her entire wedding group, she seeks to get revenge. She creates a hit list and is determined to cross off every last name on that list until they are all dead. This timely movie will keep you on the edge of your seat the entire time. Not to mention the jaw-dropping comic book animations that are shown throughout the movie work in favor of it and are stunning!

In this comedy/fantasy, telemarketer Cassius Green — referred to as Cash and played by Lakeith Stanfield —  finds himself in an alternate universe similar to that of current-day Oakland, California. Green finds a magic key that takes him to this alternate universe, where he has material wealth. Green’s co-workers and friends orchestrate a revolt against corporate oppression as he begins to make it big. Under the control of Steve Lift, a CEO played by Armie Hammer, he is offered an exceedingly large amount of money. This is one of the funniest movies I have ever seen. It will surely make anyone laugh out loud with its absurd plot, crazy antics, and well-written dialogue.

All of the heartwarming, heartbreaking, and flat-out hilarious moments within these movies will surely make you fall in love with each of them the minute the credits roll in. Now the next time you want to watch a movie, you don’t have to go through the never-ending hassle of scrolling. 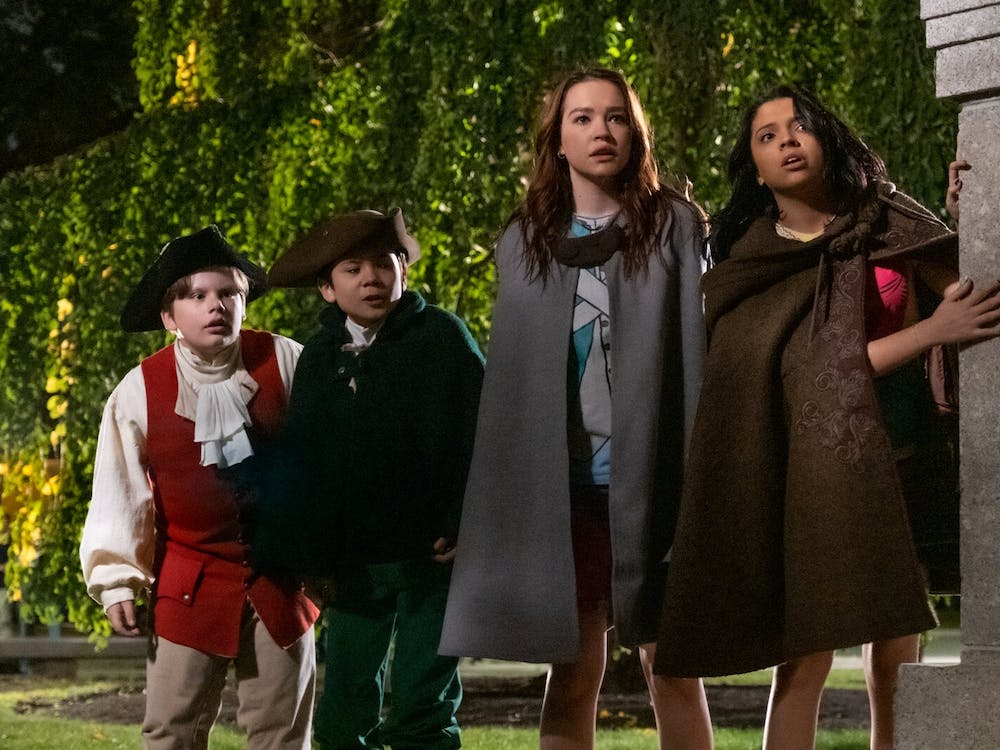