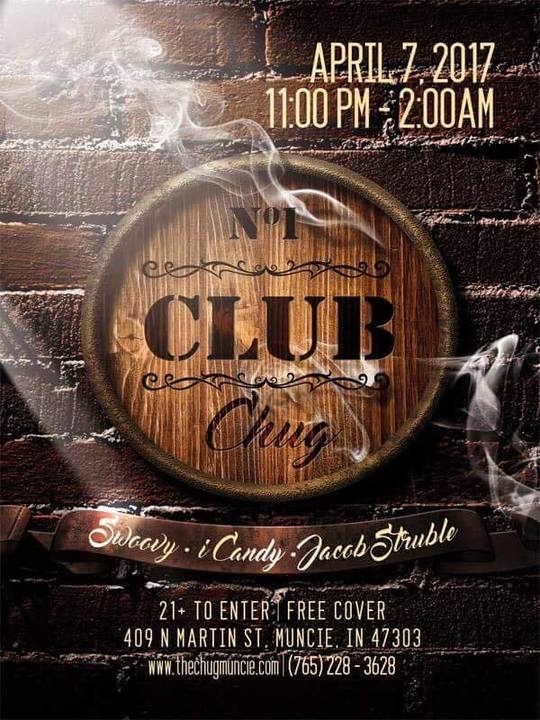 April 7 will not only be the last show of the school year at The Chug, but it's also DJ iCandy’s very last show. Presented by The Chug and Sight and Sound, “Club Chug” will transform the bar into a nightclub.

“This event is different and unique for around here and in the Village. It turns the bar into a club scene with quality DJs who have put together a great show and I think audiences will be very pleased,” The Chug owner Phil Juskevice said.

Swoovy, formerly known as DJ CJ, opens the show at 11 p.m. and will go until midnight. He's a junior at Ball State and is well known throughout the Greek community. He has also started producing and releasing his own music.

Headlining from midnight to 1 a.m. will be iCandy (Como Negrete), who is one of the founders of Club Chug. The DJ will give his farewell performance and graduate from Ball State this semester.

To commemorate his last show, The Chug will bring in sponsors such as Sight and Sound and Bright Night Entertainment to help enhance its sound and light show.

“It’s going to be bigger and better than ever than before because we are trying to simulate what it would be like at a larger venue,” he said.

This event will provide the opportunity to not only have fun but also support a local company and local talent.

To end the night, newcomer Jake Struble will perform from 1 to 2 a.m. While he may be new to Club Chug, he is a seasoned performer. He's performed at numerous events such as Greek events, Homecoming and Dance Marathon. He's also worked at Sight and Sound, giving him the chance to work with all of the technology that's helped him enhance his performances.

While Negrete will leave the Club Chug scene, the future of these events will be left in good hands. Swoovy and Jake Struble will carry on the torch and continue to light up The Village with music and energy.

By Joseph McKeigue / 6 hours ago

With information obtained from the Associated Press, this is the week of May 14-May 21 news and events.

In Case You Missed It: Placing Muncie on track: Big Four Rail Park seeks to provide an outlet for the community by creating the city’s first railfan viewing area

Trains and railroads connect communities, which is what Big Four Rail Park and its staff hope to do in Muncie.