A Ball State alumnus will soon be “beamed up” with the rest of the Star Trek team on the upcoming CBS series “Star Trek: Discovery.” 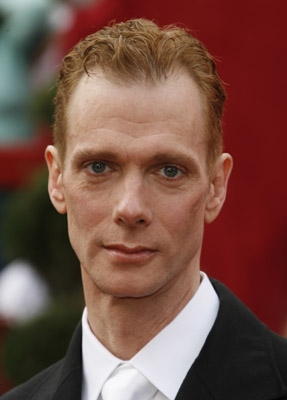 Doug Jones, Ball State class of 1982, will be playing Lieutenant Saru on the show, which started filming in January and is currently in production.

Jones’ Saru is both a Starfleet science officer and a new alien species in the TV show’s universe, requiring to act under heavy makeup and prosthetics. Jones said in a recent interview with IGN that he is especially excited about playing a breed of alien that is new to the series.

“I’m tickled pink ... that I get to, from the ground up, help develop and find this character and his species, and what we’re all about from the get-go,” he told IGN.

Jones is no stranger to makeup and costumes; his niche and acting specialty is prosthetics. This has allowed him a hugely prolific career playing various creatures in action and horror movies and TV shows. Notable projects include “Pan’s Labyrinth,” “Fantastic Four: Rise of the Silver Surfer” and the “Hellboy” movie series. More recently, he played the title character in the horror movie “The Bye Bye Man.”

Jones is from Indianapolis originally and graduated from Ball State with a bachelor’s degree in telecommunications and a minor in theater. According to his website, he began by learning to mime at school, and later worked as a contortionist. Both skills have come into play during his long acting career.

Jones has come back to visit Ball State’s theater department before and continues to support young people who want to be in the film industry with his wife, Laurie Jones.

“We don’t have a lot of alums who have done big movies, so that’s pretty cool,” she said. “I think him being on this is only going to bring positive things for us.”

Though the show doesn’t have a specific premiere date, “Star Trek: Discovery” is expected to come out later this year.

By Connor Smith / 4 hours ago