She was the opening keynote speaker at the Women Working in Technology conference Friday at the Alumni Center. Before the event, Koenig was excited to share her passion for business with other students.

“I really, really love entrepreneurship. I have finally found something I love. I love building, I love seeing the evolution of something happen, not only with my own company but with other entrepreneurs,” she said.

Koenig started her business after a winding career path that included living in France and modeling. On her 30th birthday she decided to do something different, and her efforts eventually resulted in TWIP.

“I had no idea if it would align, but my crazy, non-directional path ended up being the perfect path for what I’m doing today,” she said. 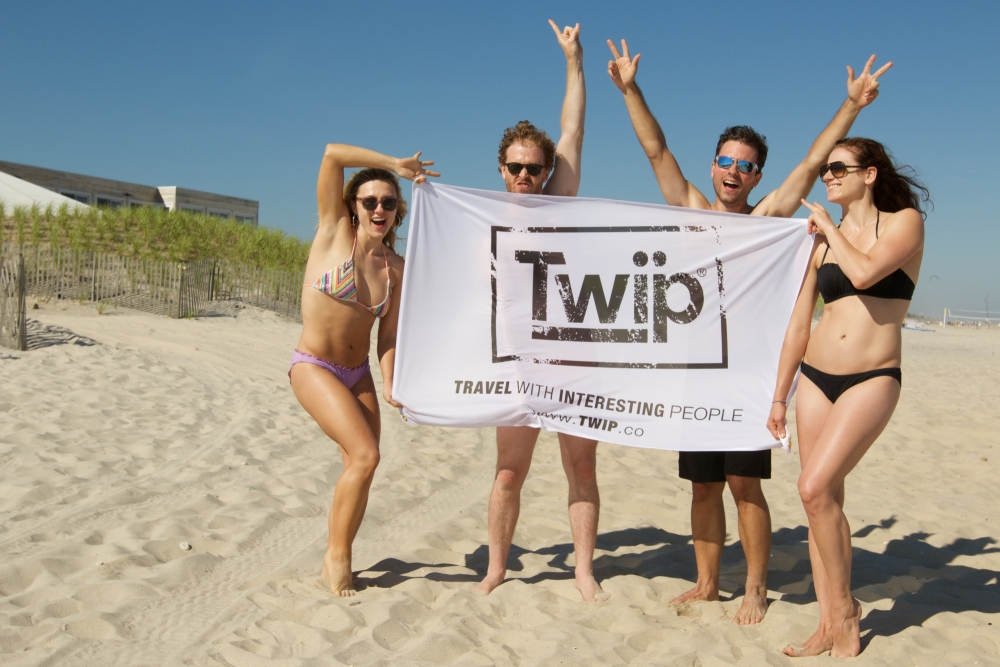 ​Travel With Interesting People (TWIP), created by Ball State alumna Lauren A. Koenig, is an online membership-based social marketplace that pairs travel partners together based on behavioral analysis. Koenig started the business after a winding career path that included living in France and modeling. TwipTrips.wordpress.com // Photo Courtesy

TWIP officially launches this summer, but the community already has 50,000 social media followers because of VIP memberships and early networking in New York City.

Heather Wilde was Koenig’s adviser at the Women’s Startup Lab Accelerator and eventually became the company’s CTO. She has enjoyed watching Koenig grow through the process of starting her own business.

“She is getting to be a stronger person every day, in her communication style, her demeanor; she is a pleasure to watch,” Wilde said. “She’s an amazing, strong alumni of Ball State. She is definitely somebody for students to look up to.”

Koenig is a travel advocate, which she said means if you don’t have a passport, she will find a way to get you one. She hopes her company will help provide travel experiences to those who get stopped by the three obstacles of destination, place and time.

“I’m always going to tell you yes, to spend the money and go see that place and do that thing. I believe in always having fulfilling experiences, always taking the time to travel,” she said.

Koenig was excited to be back in the area because of the fond memories she had during her time at Ball State.

“It’s not really about the piece of paper, it’s about the relationships you form,” she said of college. “My college friends are the types of relationships I’ll never have again — you live with someone for four years, and my college memories never fade.”

Karine Jannetta met Koenig at Ball State while she was studying as an exchange student from France. Jannetta attended the conference with Koenig to hear her speak. She is proud of her friend’s company and her drive.

“We’ve been all in with her and supported her because of the originality, and it makes sense, it’s not something that’s done. It brings people together,” she said of TWIP.

Beyond her own business, Koenig is excited to help mentor other entrepreneurs and inspire students to keep searching.

“I’m really excited to tell other women specifically how to build their own empire,” she said. “I want to give back and create, and I’m really thankful for my experience at Ball State.”

Learn more about TWIP at its website or by following it on social media @twiptrips. For a limited time, Ball State students can use the code BSU99 to get a discounted VIP membership to the travel community. The code is valid for 48 hours (until Friday morning).

AP: A turbulent US this July 4, but many see cause to celebrate

Associated Press: "Independence Day arrives at a time when the United States is roiled by hearings over the Jan. 6 insurrection, awash in turmoil over high court rulings on abortion and guns and struggling to maintain the common bonds that keep it together. Yet many also see cause to celebrate: The pandemic continues to be on the wane and, despite its faults, America's democracy survives."

Indiana laws that go into affect this month

Dozens of Indiana laws took effect July first, including a new tax on vaping products, a ban on transgender females playing on girls sports teams and the elimination of handgun permits.