Lauren Hansen is a junior journalism-news major and writes "Lauren's Lookback" for the Daily News. Her views do not necessarily agree with those of the newspaper. Write to Lauren at lahansen@bsu.edu.

Saturday night, I had the pleasure of seeing Ball State’s production of “Crumbs from the Table of Joy,” which was written by one of my favorite playwrights, Lynn Nottage.

It was performed in Strother Theatre, which gave each audience member a unique, personal perspective. Inside a crowded New York apartment in the 50s lives a young black girl who is trying to graduate high school despite the culture shock of moving from Florida to the Big Apple.

Ernestine Crump (Akili McDuffey) and her sister Ermina (Zariya Butler) are country girls who were moved to New York by their newly-widowed father. While their father, Godfrey (Dashawn Perry,) turned to a weird, cult-like kind of protestant-based religion for hope in hard times, the girls were being influenced by their Aunt Lily (Dee Dee Batteast), who was sent by their grandmother to help raise the girls after their mother passed. Aunt Lily is a suit-wearing, unmarried woman who clashes with Godfrey when she tries to bring a little amusement into the girls’ plain lifestyle.

The small, dingy New York apartment was made even more crowded by the groups of people sitting in chairs around the main room, the audience. The direction taken wasn’t meant to put the audience in the world of the play, it seemed. It was meant to put them directly into the story.

The girls’ father tries to raise them based on what society wants them to be. Out of concern for their safety, as many parents fall prey to, he suppresses them by trying to make them fit into the space society has made for them. Aunt Lily wants them to carve a space for themselves. The two girls end up living very different lifestyles, but each find their unique identity as a black woman amidst the civil rights movement.

Batteast’s revival of Aunt Lily shook us with every line, every jab at the white patriarchy. McDuffey and Butler’s portrayal of polar-opposite personalities trying to find their own identity was phenomenal.

Under the co-direction of Batteast and Tracey Copeland Halter, the show runs smoothly thanks to clever blocking in the small performance space that is successfully transitioned into a busy New York atmosphere.

What do you think of when you think of that decade? There are many images that coincide with the 1950s, namely racial segregation. To put it in perspective, this play takes place five years earlier than the 1955 brutal murder of Emmett Till, a 14-year-old black child from Chicago who was visiting his Mississippi relatives when a white woman lied and accused him of sexual assault.

I kept that tragedy in the back of my mind when watching this play’s events unfold. This story could’ve very well been someone’s reality.

By Corbin Hubert / 7 hours ago 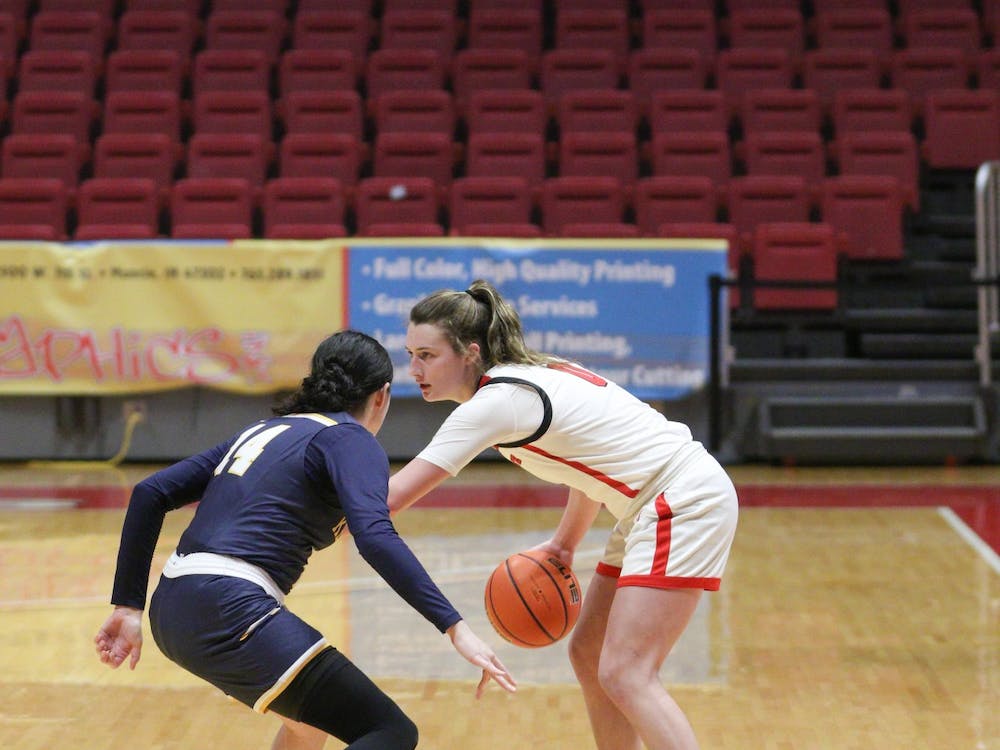 Ball State Women’s Basketball is comprised of a mix of players who have been with Ball State for years like senior Thelma Dis Agustsdottir, players who have experience elsewhere and now make an impact for the Cardinals like graduate transfer Chyna Latimer, or freshmen such as Ally Becki and Marie Kiefer.