AMANDA'S ANSWERS: This is what democracy looks like — reflecting on the Women's March on Washington

Amanda Belcher is a junior journalism major and writes "Amanda's Answers" for the Daily News. Her views do not necessarily agree with those of the newspaper. Write to Amanda at albelcher@bsu.edu.

Hundreds of thousands of women, men, children, transgender and gender non-conforming people from all around the United States gathered in our nation’s capital for the Women’s March on Washington.

I was one of those people.

On Jan. 21, all these people gathered to stand up for a vast array of beliefs — united together. 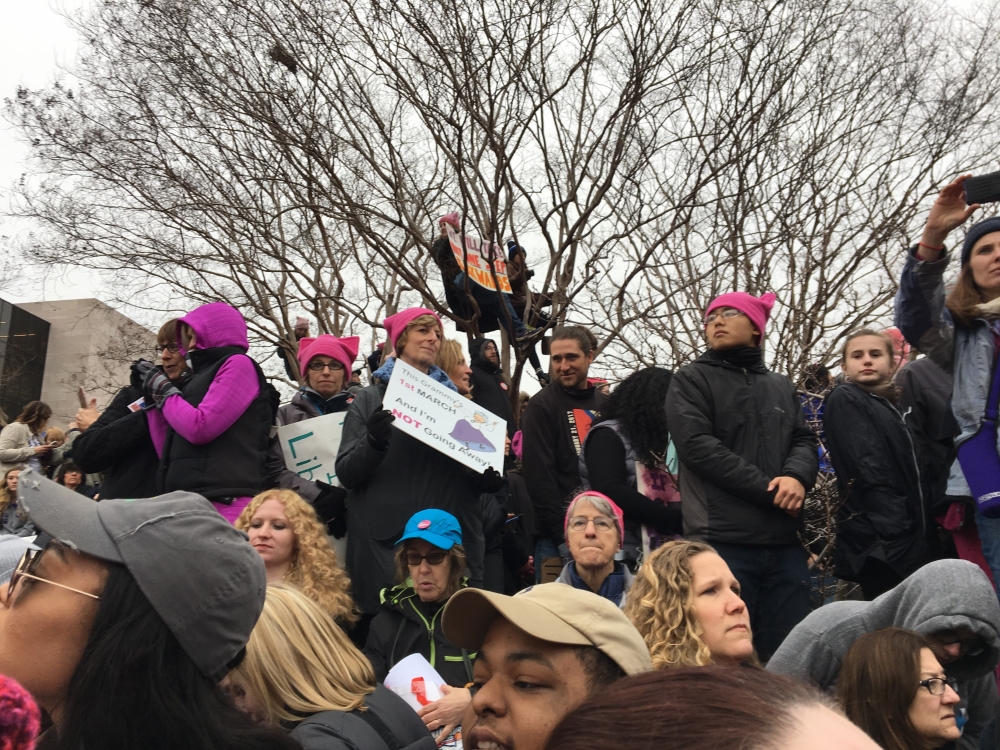 Protestors sit and stand on the wall of the Smithsonian Air and Space Museum on Jan. 21 at the Women's March on Washington. Hundreds of thousands of women, men, children, transgendered and gender-non-conforming people from all around the United States gathered in the nation’s capital. Amanda Belcher // DN

The morning was foggy as I joined a crowd of tired but chipper pink-clad people piling off trains at Union Station.

Though it was early in the morning, an air of excitement settled as we shuffled through the station, stopping at small shops to stock up on water bottles, complimenting each other’s signs and making conversation with strangers.

The crowd filtered out of the station and many stopped to buy commemorative T-shirts, hats and American flags.

We walked past the Capitol, halting for the too-good-to-pass-up photo opportunity before joining an already large crowd that had begun to gather at 3rd Street and Independence Avenue.

The crowd had already grown so large that it took up the entire block, and it took some wiggling to settle for a spot on 4th Street.

The rally opened with America Ferrera. She spoke of strength and resilience.

Cheers from the crowd roared so loudly that an echo could be heard once the initial screams subsided.

The rally continued for about five more hours, with appearances from Gloria Steinem, Ashley Judd, Janelle Monae, Michael Moore, Alicia Keys, Scarlett Johansson and Kamala Harris, along with so many more.

While just about every cause you could think of was represented, most of the messages were the same.

We are unhappy with the state of our country. We are devastated and angrily fueled by the injustices that women and minorities face every day, and we are not going to quietly accept things the way they are.

The rally ended with a performance by Madonna. She led the crowd in a chant of “We choose love,” before starting with her song, "Express Yourself."

“Don’t go for second best, baby / Put your love to the test,” she sang to a crowd that joined her, most knowing the words by heart.

By the time Madonna was done performing, people had started to get antsy. We’d been standing for five or more hours and were ready to march.

The crowd, which we’d been told spanned from 3rd Street all the way to 17th Street, began to move as if it were one unit, signs held high.

Songs like “Lean on Me,” “I Will Survive,” and “America the Beautiful,” rang through the packed streets. 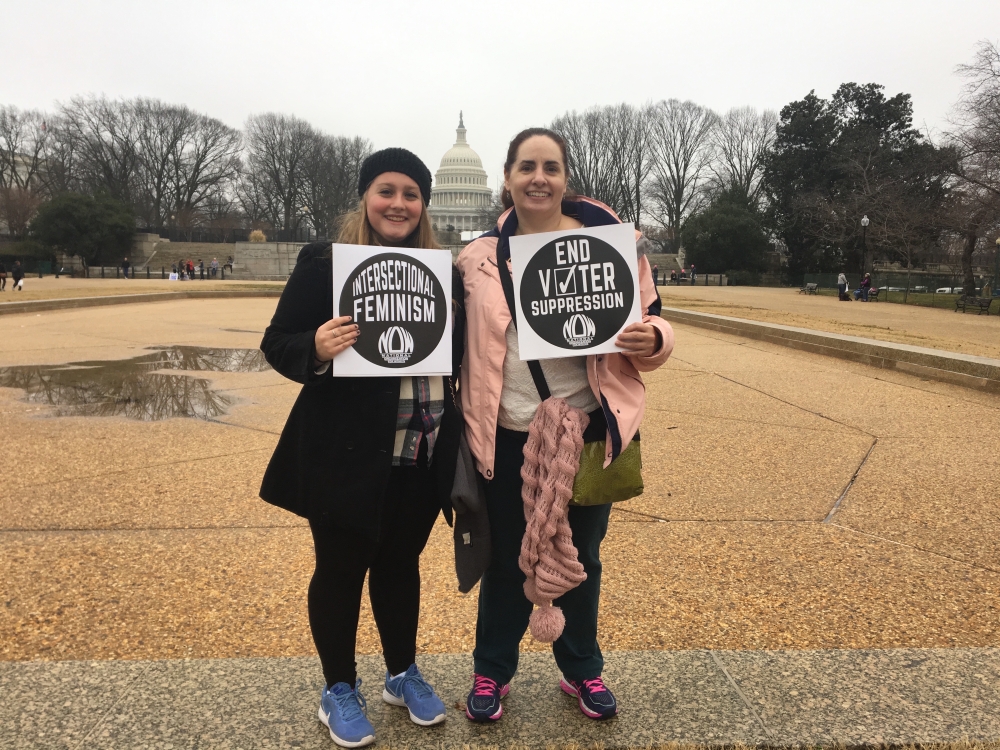 Amanda Belcher and her aunt, Christina Warden hold up signs on Jan. 21 at the Women's March on Washington. They traveled from Chicago and Muncie, respectively, in order to attend the march. Amanda Belcher // DN

I’ve heard a lot of people ask "what is this march supposed to accomplish?" and I have an answer to that.

In a country divided by hate and apathy for our fellow Americans, this march and all the sister marches around the world (yes, 17 other countries also participated), was a step toward unity.

It was a promise to ourselves, each other and our government, that just because the election is over, the fight for equality is not.

It starts — but does not end — with a march.

It continues with petitions, and lobbies, and calling local and state representatives of the House and Senate.

The Women’s March on Washington wasn’t perfect. It was tiring, there were logistical issues and by the time it was over, my entire body was sore.

But it was also amazing, inclusive and inspiring.

While we marched on the streets of our nation’s capital, we talked together, we laughed together, chanted together.

And while most were strangers from all different walks of life, we marched forward on common ground, together.

By Elijah Poe / 4 hours ago

By Deja Bradshaw / 13 hours ago

Coming from a legacy of loveable darkness, Wednesday snaps onto the screen with a black heart and a cast of loveable misfits. With tantalizing mystery and a crew a wonderful characters, Wednesday leads the Netflix catalog.

By Ashton Connelly / 13 hours ago