We started off with Cloudy skies and gusty winds this morning, and that's going to stick around, at least until tonight.

Gusty winds and overcast skies will be the rule, with seasonable high temperatures around 40 degrees in the afternoon.Winds will be relatively strong this afternoon, with gusts between 25-30mph at times. 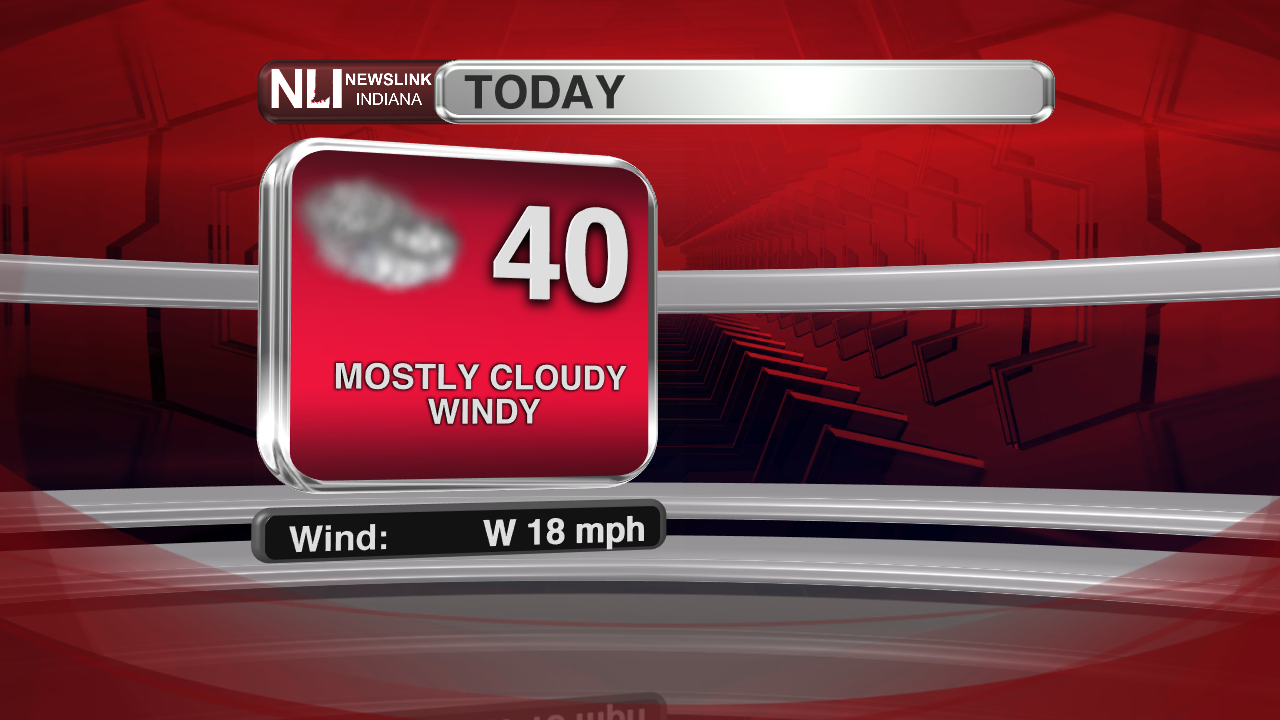 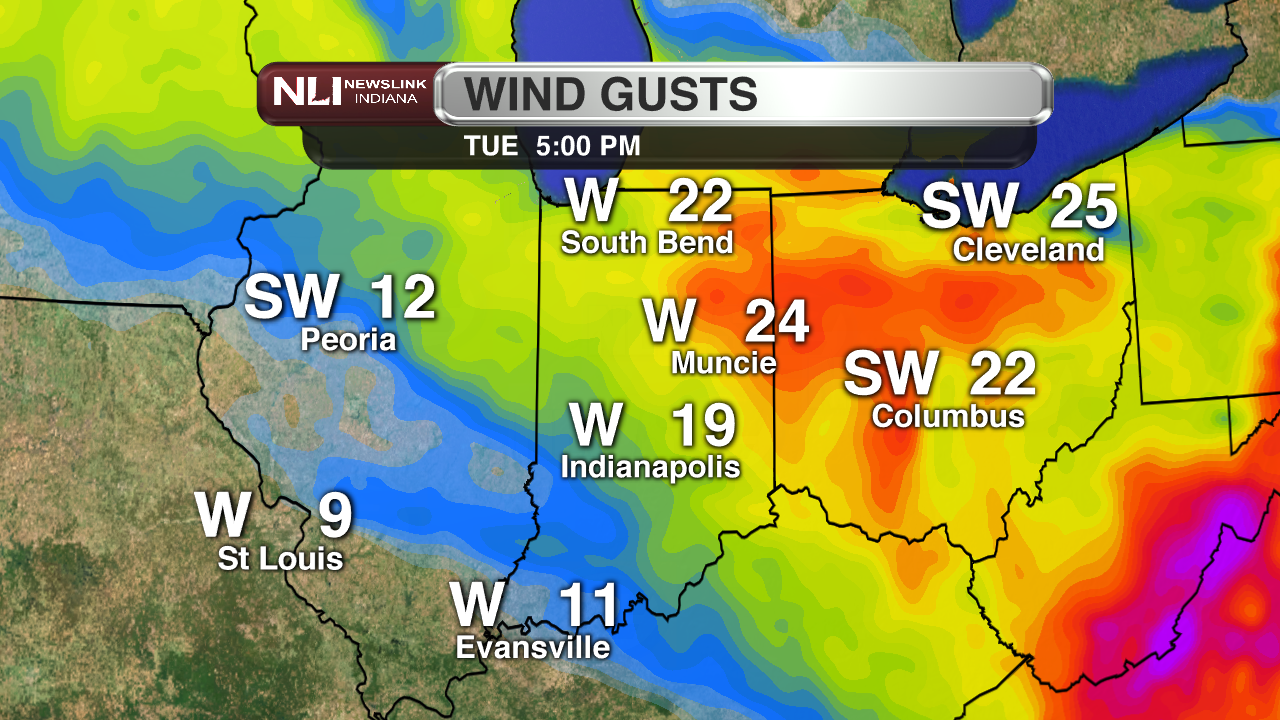 Cloudy skies will stick around for tonight, but will begin to clear a bit during the early morning hours.A flurry or two will be possible, but no accumulation is expected. Temperatures will fall below freezing for a short period tonight, with a low of 29 degrees. Winds will calm as well, with gusts dropping as time goes on. 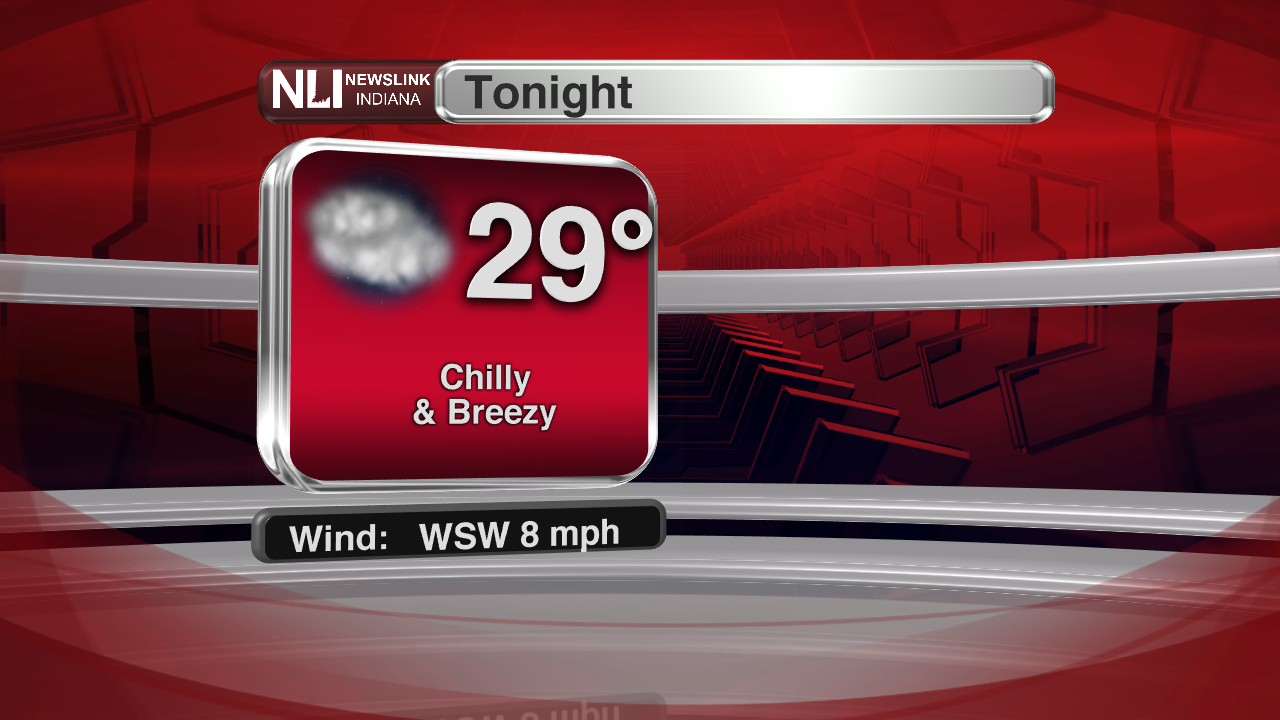 It will be a typical Indiana winter day tomorrow, with Mostly Cloudy skies, with a chance of seeing the sun in the morning hours. Winds will be fairly calm. Temperatures will remain seasonable, but still very chilly. 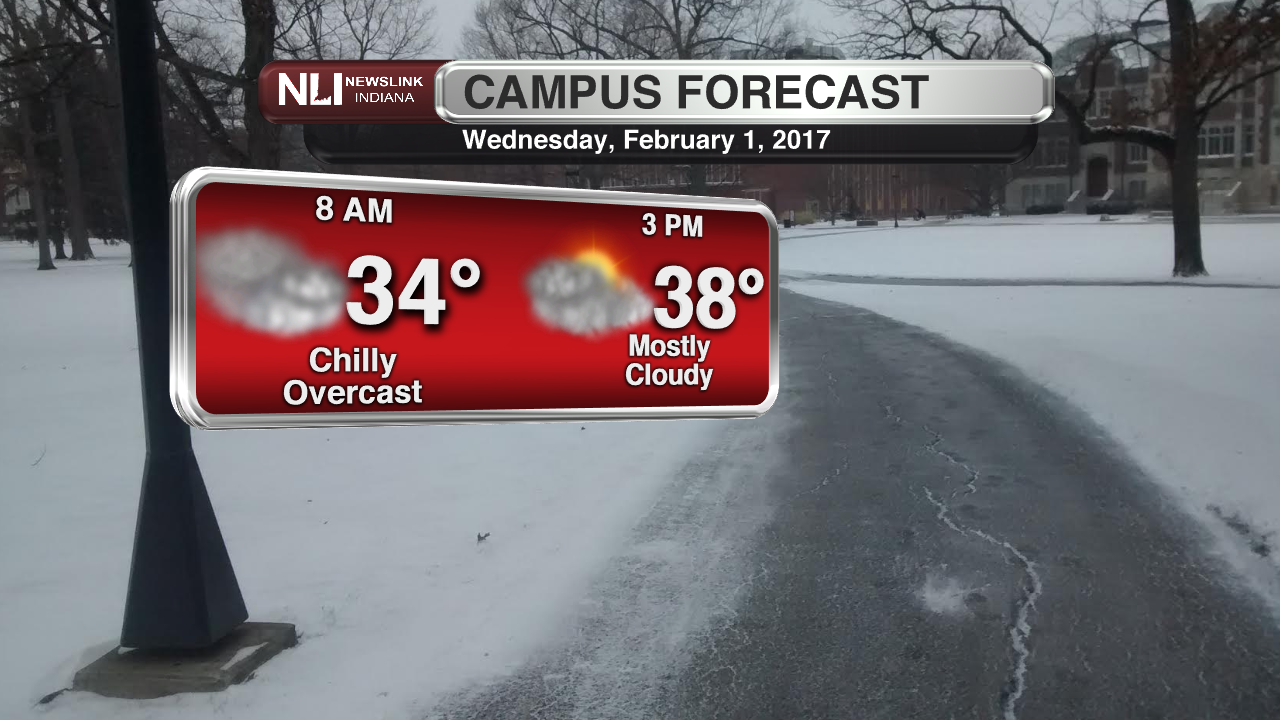 We're looking at a cool-down for the end of this week, with temperatures barely reaching above freezing for highs. Some snow flurries may be possible this weekend, so make sure to keep an eye on the forecast. Follow us on Twitter @NLIWeather for more information! 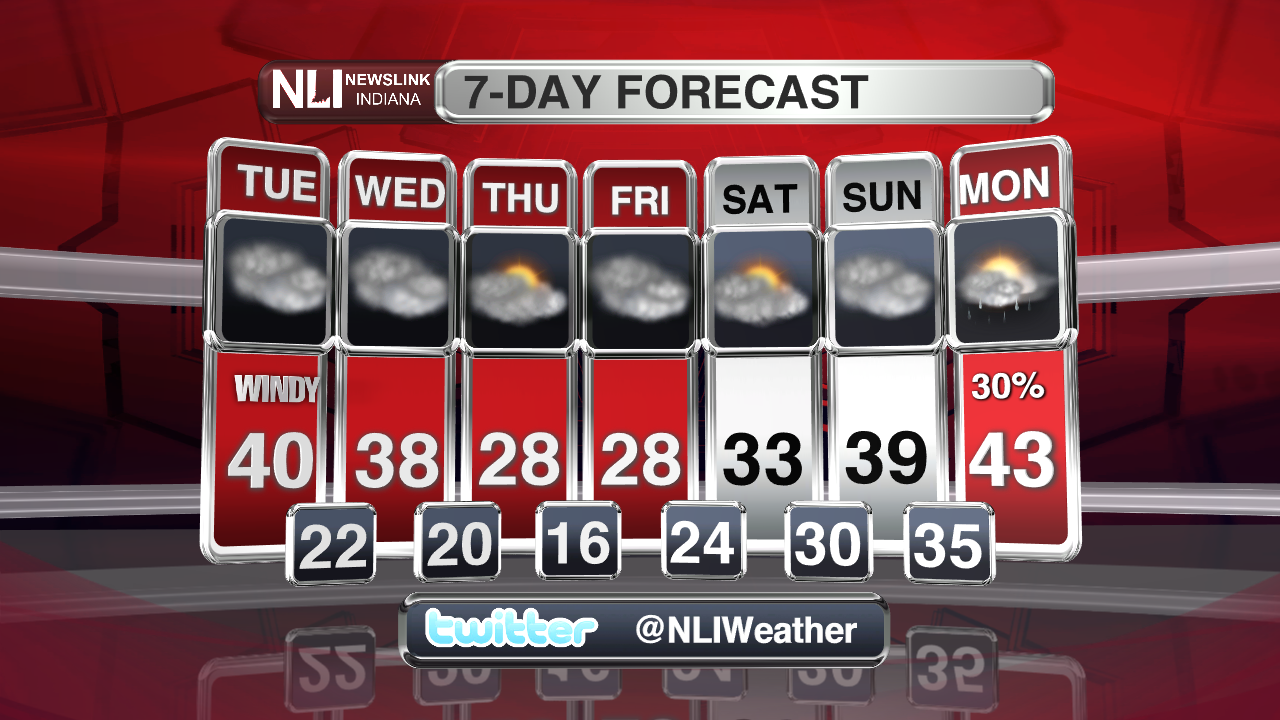 James Hague was indicted on five charges on June 24, according to court documents.