For many college students, cable isn’t an option, so they have to rely on Netflix to satiate their television needs. However, Netflix just isn’t enough for two Ball State students.

Denver McQuaid and Dustin Grissom can’t go without cable because it would mean going without their favorite talk show host —Ellen DeGeneres.

The two junior telecommunications majors used their skills to create a video that expresses how much they truly love Ellen.

The 30-second video is part of a challenge from Ellen herself.

Watch their video below.

“Denver found the prompt and it took us less than 10 minutes to have the whole thing planned,” Grissom said.

They said the initial end goal was to get 10,000 views; however, with the reaction the video has received from being featured on WTHR and The Smiley Morning Show, the duo have set their sights higher.

“The end goal now is to hopefully have Ellen see it,” McQuaid said. “I have this itch, I won’t be 100 percent satisfied until she sees it.”

While that goal hasn’t happened yet, the pair said that they are ecstatic with the reaction they have received.

“What really stood out to me the most is how many people that I haven’t necessarily talked to in three or four years had shared it,” McQuaid said.

“Yeah, we had over 50 shares in the first 24 hours,” Grissom said. “It was amazing to see the likes from all these people around Indiana that I’ve never met.” 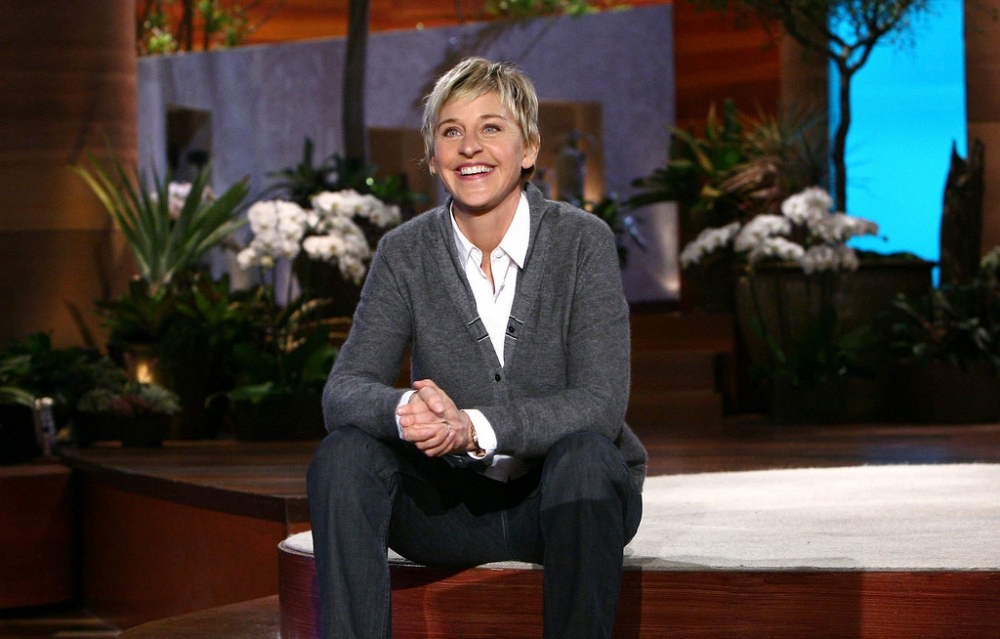 The combo began working together as co-executive producers on their high school television station. It wasn’t until this year when they became roommates and really began their partnership.

“It’s nice because we both do visual effects but we’re better at different areas,” McQuaid said. “We can help each other and learn from each other.”

McQuaid and Grissom said even if Ellen doesn’t recognize them for this video, it would still be a good story to tell in the future.

“Everything we do is always good practice,” Grissom said. “Every time we make a film, we use it to practice our video effects and time management skills.”

However, if Ellen does recognize the video, Grissom said it would blow his mind.

“She’s a really great comedian and a very generous person,” McQuaid said. “If someone were to call me up and say, ‘hey you’re going to meet Ellen,’ I’d be stoked.”

The duo said they are working on new videos for the future and are in the finishing stages of writing a script for the Frog Baby Film Festival.

At around 4 p.m. on Dec. 6, McQuaid got a call from Burbank, California. Thinking it was a telemarketer, he almost didn’t answer.

The call was from a woman named Kelly from The Ellen Show.

“I just stood up and immediately sprinted out of work because I had no idea what laid ahead,” McQuaid said.

She asked McQuaid a lot of questions such as how he and Grissom met, what they enjoyed about the show and how they got into video.

“It was completely out of the blue,” McQuaid said. “If anything, I thought it would be an email saying that they liked our video. I wasn’t really expecting a personal call from a producer on The Ellen Show.”

Grissom also got a call from a producer at "The Ellen Show" around the same time. He said that the call came as such a shock because if anything, they expected contact, if any, to come right after the video was released.

"My heart completely dropped," he said. "I was just excited and surprised. It was awesome."

"We've been waiting for some kind of communication and it came weeks later," Grissom said. "We weren't expecting anything, we were just really hopeful."

McQuaid isn’t sure if Ellen herself has seen the video, but the fact that it’s reached such a wide audience, to the point of him getting a call from a producer is surreal.

Though there wasn’t a clear indication that she was asking the pair to come onto the show, McQauid is hopeful, considering he was asked so many questions.

As for the future, McQuaid said that the pair might have a sequel video in the works.

By Blake Chapman / 9 hours ago

This episode of Wrapped Up talks about Nvidia, a win for game preservationists, and new gaming content being made.