Local residents have been complaining that narrow roads, such at Petty Road, do not have enough room for cars and pedestrians to walk safely. DN PHOTO SAMANTHA BRAMMER 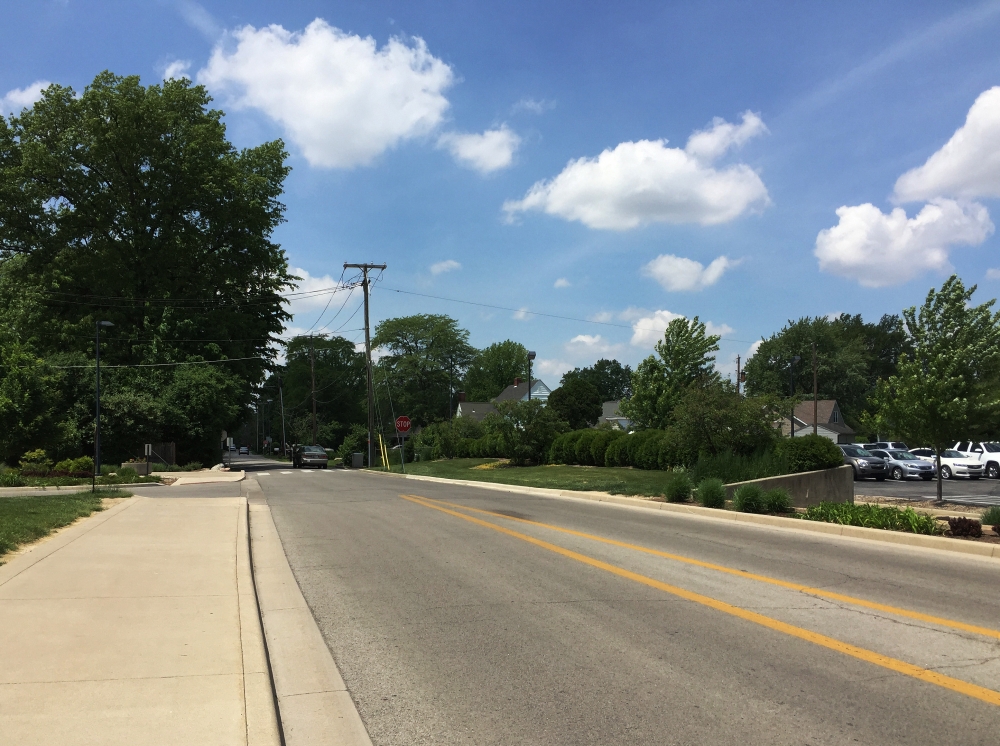 Local residents have been complaining that narrow roads, such at Petty Road, do not have enough room for cars and pedestrians to walk safely. DN PHOTO SAMANTHA BRAMMER

After the stretch of Petty Road that reaches west of the campus attracted the attention of city officials and local residences with worries about traffic — both vehicle and pedestrian — Ball State renters near the area voiced their concerns too.

A major complaint from local residents has been narrow roads and pedestrians not having room to safely cross them. Homeowners voiced these concerns to both Mayor Dennis Tyler and city street superintendent Duke Campbell.

Campbell has said in the past there is a possibility of widening the road between the edge of campus and Briar Road.

Bri Kirkham, a recent Ball State graduate, lived on Petty Road her last year of school and said she saw some of her own problems in that area as a resident.

“It is super narrow but ... it is super close to campus so, for me, most of the time that I have been on that road I am walking,” Kirkham said. “I think it is really annoying for drivers because you have pedestrians walking on both sides of the road in both directions.”

A main problem she often dealt with was parking.

“You are not allowed to park on the street,” Kirkham said. “I have had people park on my streets before, and then I have cops come to my front door, knock and say, ‘Hey, you need to park in your driveway, there’s no parking in the street.'”

The speed limit in the area is now 20 miles per hour, which Kirkham said helps keep the area safe, but there are some times when traffic flow in the area can cause issues.

“I don’t see it as a safety issue because people do drive really slow on that road because they know they have to,” Kirkham said. “But during certain times of the day — like early in the morning when people are going to their classes, then around lunch and around 5 p.m. when people are leaving class or leaving campus — those are the times when you see a lot of cars and pedestrians in that area.”

Talia Bannon, a recent graduate who lived on Petty Road for three years, said she usually did not see a huge problem with traffic on Petty Road, but she thinks the area is still very busy and thinks safety is a problem.

“Since they put the stop signs and crosswalk at the Cow Path, it makes it easier to cross there,” Bannon said. “But at the same time, I have seen multiple people blow through those stop signs, which could be very dangerous if someone was about to cross the road there.”

While the stop signs do help, Bannon said it can still cause some issues for both drivers and pedestrians.

“When on Petty Road going toward campus, stopping at the stop sign in that direction makes it difficult to see anyone around the bushes that might be about to cross, and it always makes me nervous that someone will step out in front of my car,” Bannon said.

The stretch of Petty that could see changes is only about 17 feet wide and carries 5,000 vehicles a day, according to traffic counts.

While the options are still being weighed on what the city will do, Kirkham said the idea of widening the road would be the most beneficial.

Another change in the area could also be a new walking trail to the North, along Cardinal Creek from Tillotson Avenue to McKinley Avenue, to get pedestrians off the road.