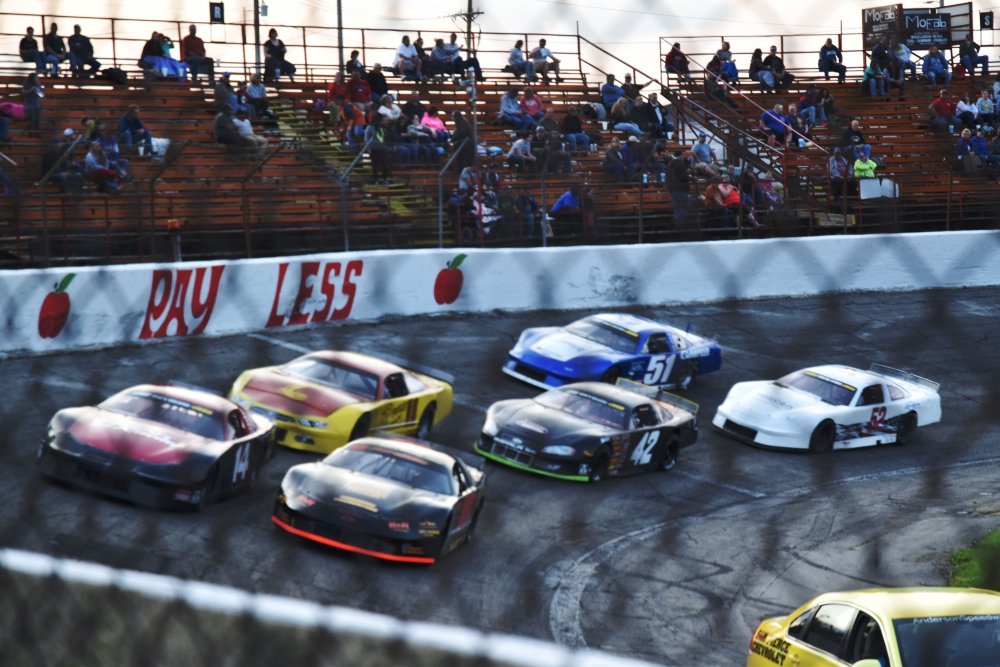 The Indianapolis 500 is the big story this month, but there’s plenty of other racing action away from the historic speedway — including a 500-themed race that features a Ball State graduate student driving one of the cars.

Jason Neal, working on his master's degree in educational administration and supervision, competes Saturday — the night before Indy — at Anderson Speedway’s “Little 500” race. He said the thrill of racing reminded him of his time playing football for Hanover College.

“It’s an awesome feeling. Your adrenaline is going, there is a lot of instinct and you are just reacting,” he said. “It’s just a natural high — there’s not many better feelings."

This is the 68th running of the Anderson event, which features 500 laps on the quarter-mile track for a total of 125 miles.

Neal and other drivers were at the Anderson Speedway on May 21 for the Spring Championships and talked about their love of the sport.

Neal said college football and his studies took up most of his time in recent years.

“So now we are starting to get into racing a little bit, and we’ve had a lot of fun,” he said.

He won rookie of the year at Anderson Speedway last year and hopes to compete even more frequently after finishing grad school.

Neal said short-track racing is exciting but doesn’t get enough attention because it’s overshadowed by NASCAR.

“I would highly encourage you to go [to a short-track race],” Neal said. “It’s a lot different than a NASCAR race. The excitement never stops at your local short track.”

Another competitor, Ross Schoeller of Carmel, has been racing for five years and grew up with the sport.

“I’m not the fastest of the group. I just go out there to have fun and enjoy myself,” he said.

He grew up next to a racer who competed in local events, including sprint cars and midgets.

“So I’ve grown up around racing and watching him and then started working for him, and he put me in a car and it’s just kind of been a dream come true,” Schoeller said.

When people think about driving cars fast, they think of adrenaline rushes, but Schoeller said he’s able to remain calm.

“Everything is at peace with me,” he said. “It's just kind of my own little happy place.”

Jeff Williams of Frankton has been racing since he was 5.

For Williams, it’s all about the rush of the race and being good at it — his main goal is to win.

He’s been racing long enough to lose some of the fear he once felt.

“It’s not scary anymore,” he said. “I still get an adrenaline rush and I still respect the race track, but there’s a fine line between being scared and being good.”

By Hope Kleitsch / 1 hours ago

Weather forecaster Hope Kleitsch gives an update on the weather conditions for the week.

By Grace Bentkowski / 3 hours ago

Many universities have state-of-the-art facilities they take pride in, and Ball State has one that has been standing for over half a century.