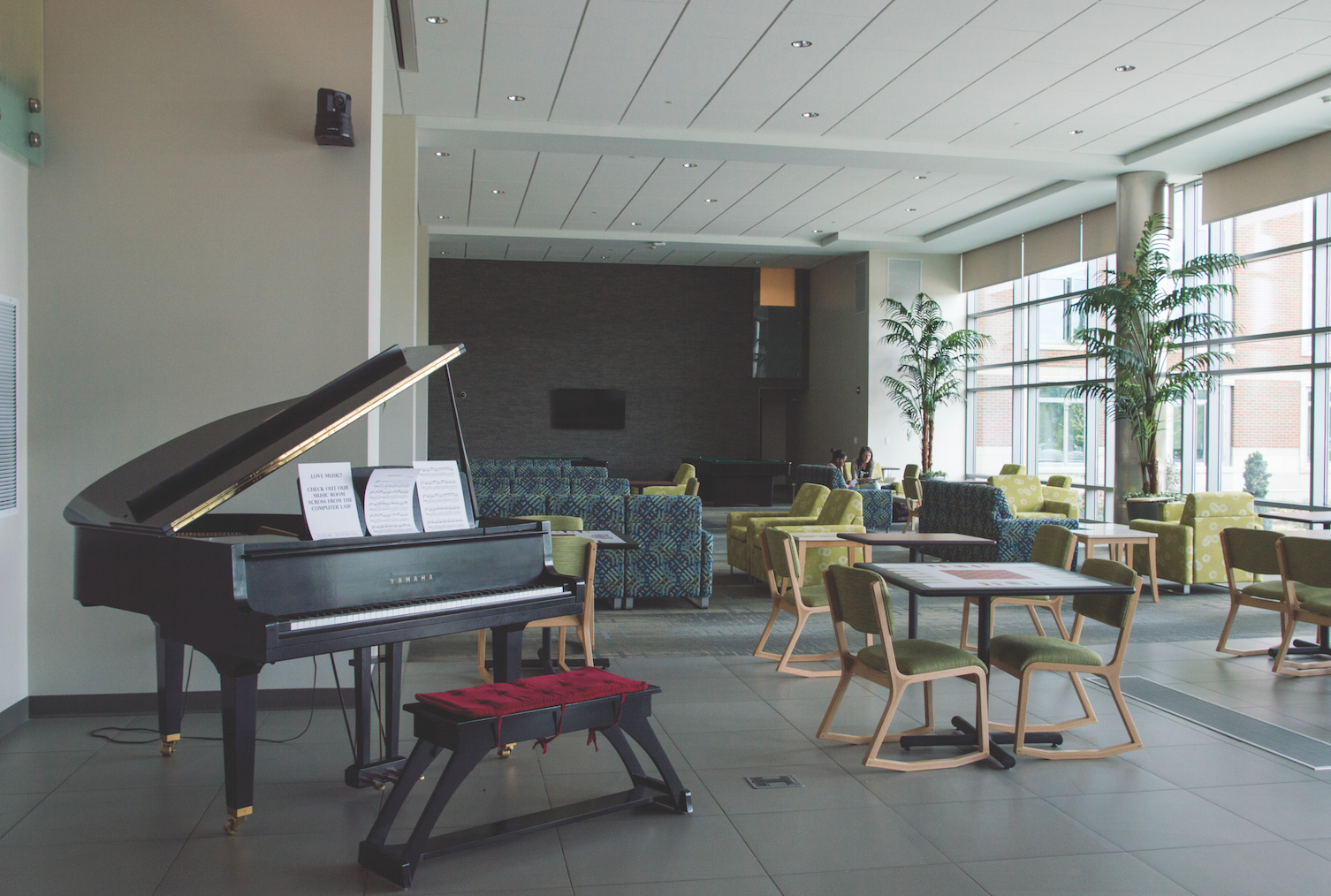 Walking into the newly renovated Botsford-Swinford halls is a much different experience from stepping into LaFollette Complex.

The air-conditioned and technologically advanced hall welcomed its first group of students in August 2015, and many are already enjoying the perks.

Evan Fischer, a freshman computer science major, said the new residence hall was just like living in a resort.

“It’s awesome here — like a resort,” Fischer said. “They’re babying us. It seems like they’re spoiling us off the bat.”

With a multi-purpose room filled with TVs, gaming tables, chairs and pool tables, as well as a kitchen with a sink, ovens and a bar-like counter area, Johnson A has many amenities other residence halls don’t have.

There isn’t any shortage of technical equipment and studios where students can learn, as it’s the home of the Communication Living-Learning Community and the Emerging Media Living-Learning Community. One tech lounge has a green screen available for students to use; another has a computer lab with 12 double-screen computers and will have a TV for video conferences. A 3-D printer will be added in the future.

Each floor has its own kitchenette and semi-private bathrooms. Fischer’s floor even has five different lounge areas for students to study or chat in, he said.

“What hit me really was the welcome video [before move-in],” Fischer said. “Then it was insane walking in here.”

The $30,442,000 residence hall houses about 590 students, according to previous reporting by the Daily News. Before the renovation started three years, it hadn’t been updated since 1969. 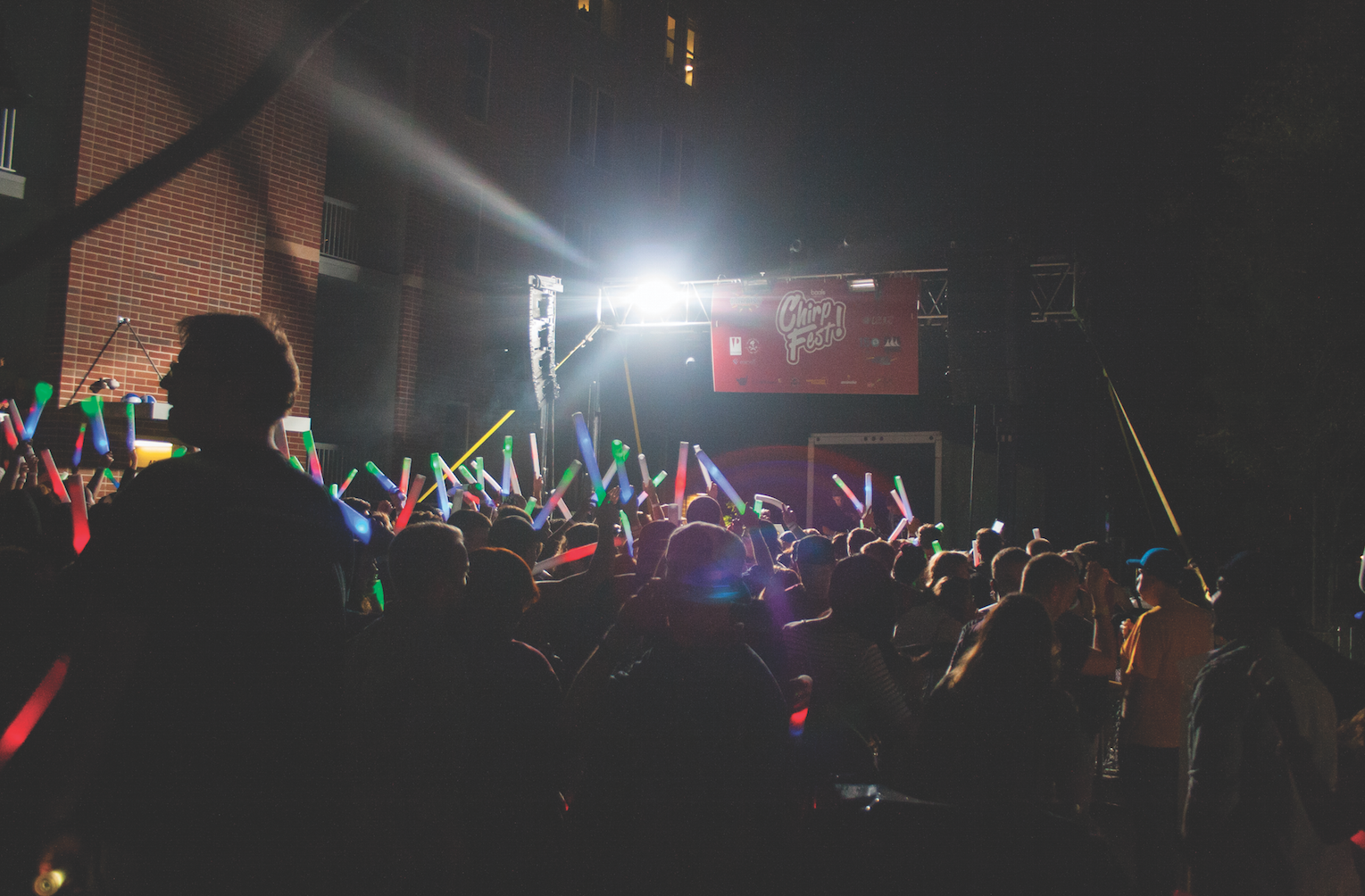 The line to get into the first-ever ChirpFest wrapped around the block the night of Sept. 19. The electronic dance music festival on North Dill Street attracted about 3,500 people, said organizer Darius Norwood and partner Alex Smith.

Eight different musicians and DJs from Muncie and Fort Wayne performed for ChirpFest attendees. The crowd danced to the music, sang along, played with beach balls and watched fire breathers. Students could grab snacks from an El Paraiso Mexican Grill and Bar food truck or a drink at a bar if they were of age.

Ball State students Darius Norwood and Chris Cammack created ChirpFest and worked for months to bring their idea to life.

They stayed busy throughout the night and could be found on stage, directing their team of over 30 people or occasionally talking to attendees.

“It is so surreal right now. When I got on stage for the first time, I almost shed tears,” Norwood said.

Chirpfest owners Norwood and Cammack attended the BAALS Music Festival last year in Fort Wayne, and say they saw a need for a similar event in Muncie.

The two hope to make ChirpFest a Ball State tradition that occurs once a semester. The second ChirpFest was held in early April 2016. 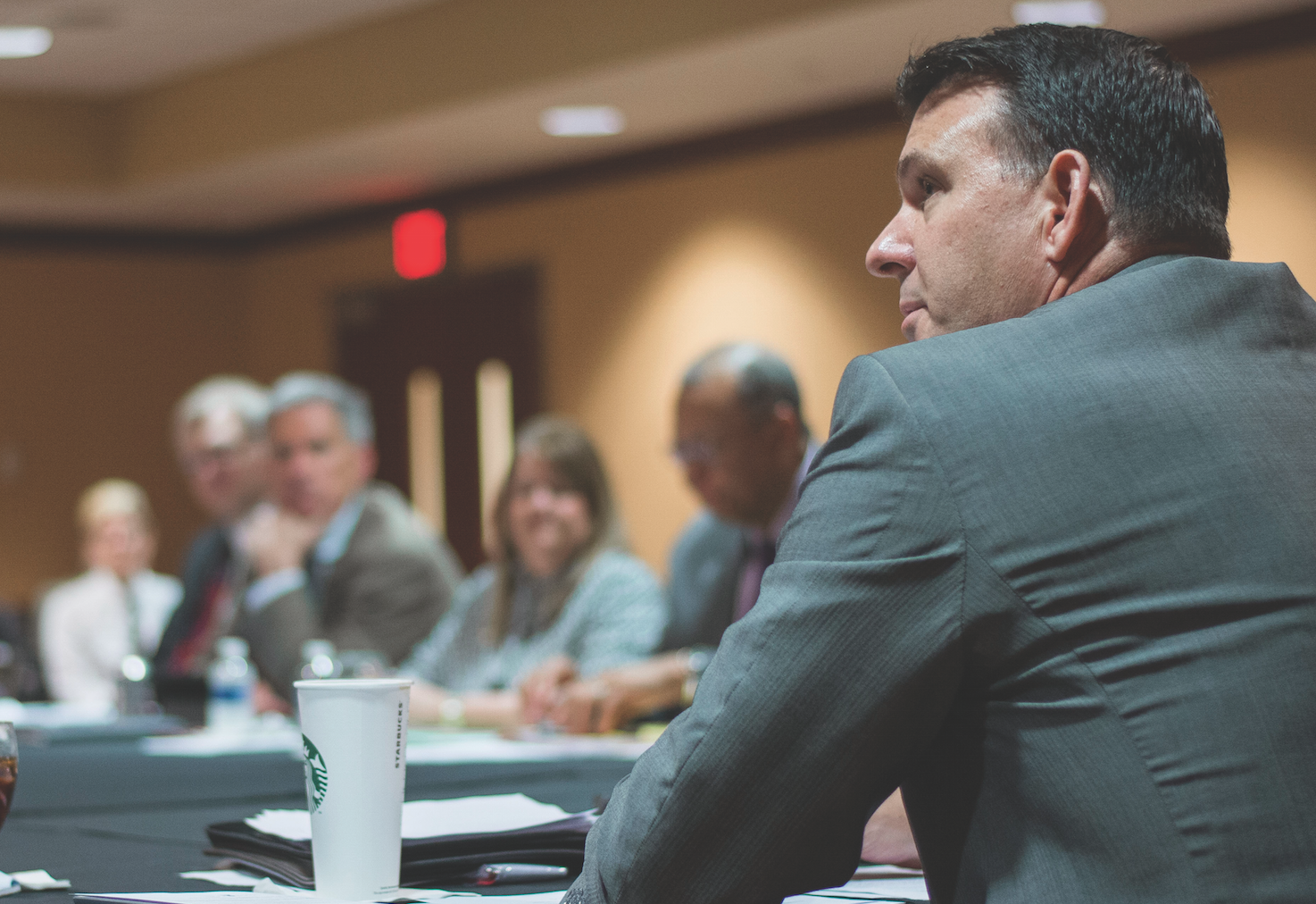 Frank Hancock and Marianne Glick, two members of the Ball State Board of Trustees, are planning to resign from the board. Both submitted resignation letters to Governor Mike Pence on Dec. 17.

Former President Paul W. Ferguson’s resignation was approved by the Board of Trustees on Jan. 25 and described as a “mutual decision” between Ferguson and the university. Glick and Hancock’s resignation letters, which were written in December, do not hint at Ferguson’s future resignation.

“The timing is unfortunate but I had no clue when they would release (the resignation letter),” Glick said.

Both Hancock and Glick spent about 10 years on the board.

Dustin Meeks, the student representative of the Board of Trustees, said the reasons for the resignations are “their own private business,” but that “we should see their replacements relatively soon.”

Hancock mentioned in his letter to Pence his opinion that fresh faces and term limits are needed for any organization.

He wrote, “The Ball State Board of Trustees now with a new president very much different than Jo Ann [Gora, regarding Ferguson] needs some fresh faces, new ideas on its board as well.” 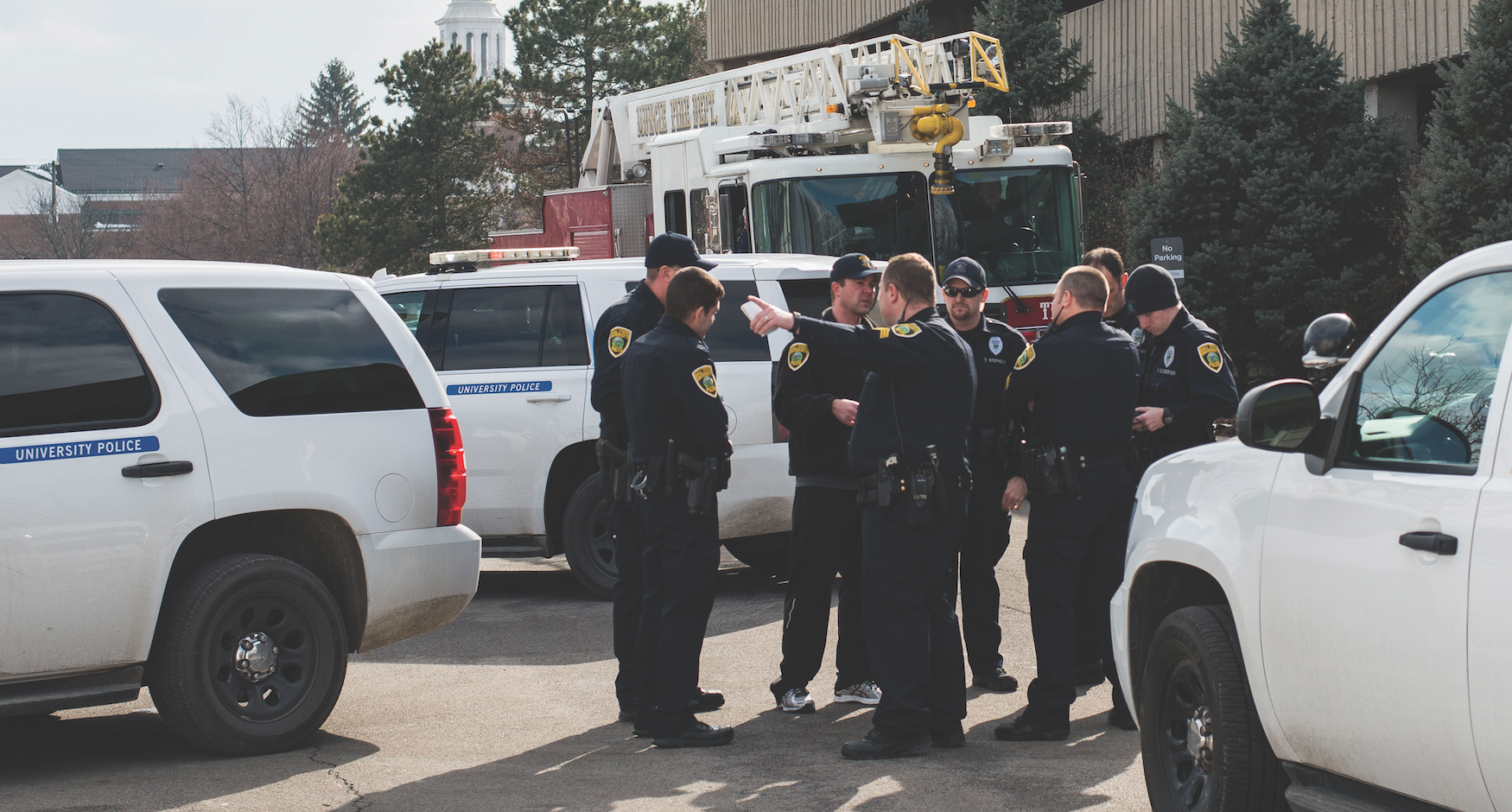 A student — Jackson Hiatt, 21 —was arrested and charged with intimidation after the L.A. Pittenger Student Center was evacuated due to a suspicious package.

The package was a Cousin Vinny’s pizza box wrapped in a black trash bag. Inside, there was a plastic bag containing $20.20 in nickels and dimes, according to the University Police Department case summary.

Hiatt said he had no intention to prompt a bomb scare — he just wanted to annoy parking services.

The box prompted the university to evacuate the Student Center and bring UPD, a bomb squad, the Muncie Police Department and the Delaware County Sheriff’s K-9 unit to the scene. 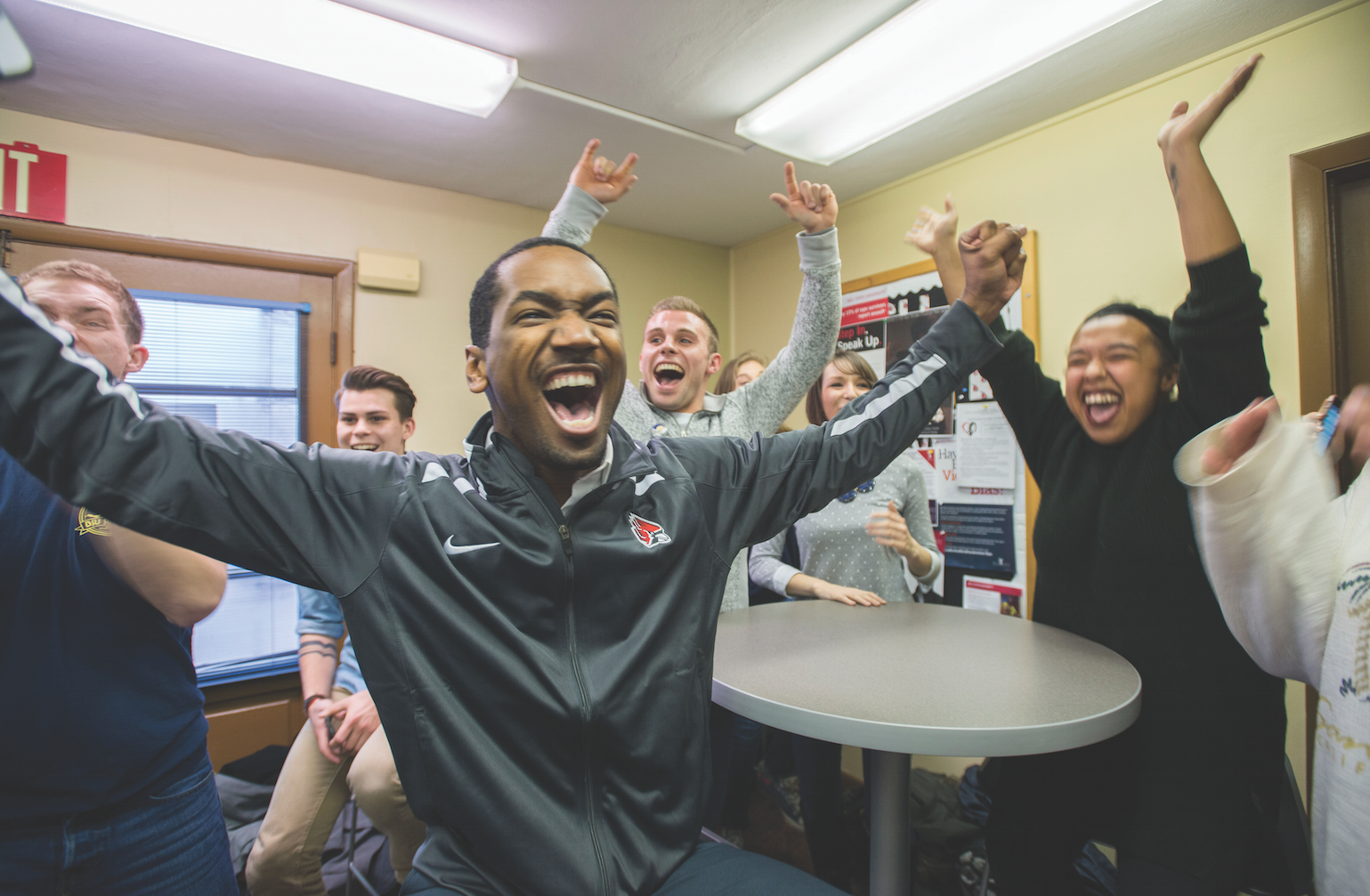 Summit won the 2016 Student Government Association elections with a close margin — only by 2 percentage points.

Wells had a professional and composed expression as he spoke to Miller.

The phone call was short, and the room got quiet in anticipation of what they thought would be disappointing news.

Once Wells hung up the phone, he turned to everyone and yelled, “We won.” The entire room — including Wells — erupted and jumped with excitement.

There were 3,392 votes total, and Summit beat out 18 by only 62 votes. Summit received 1,727, according to a press release sent out by the Elections Board.

Wells said he couldn’t believe the odds of winning, because two years prior, his campaigning slate lost by only 81 votes.

“Two years ago, I was on a campaign because they lost their campaign manager. We knew then that we were going to have a hard battle. … We had no money, we had no followers,” Wells said. “This time around, my campaign manager had a lot more time, a little bit more money. … I’m just glad all of this hard work
is paying off.” 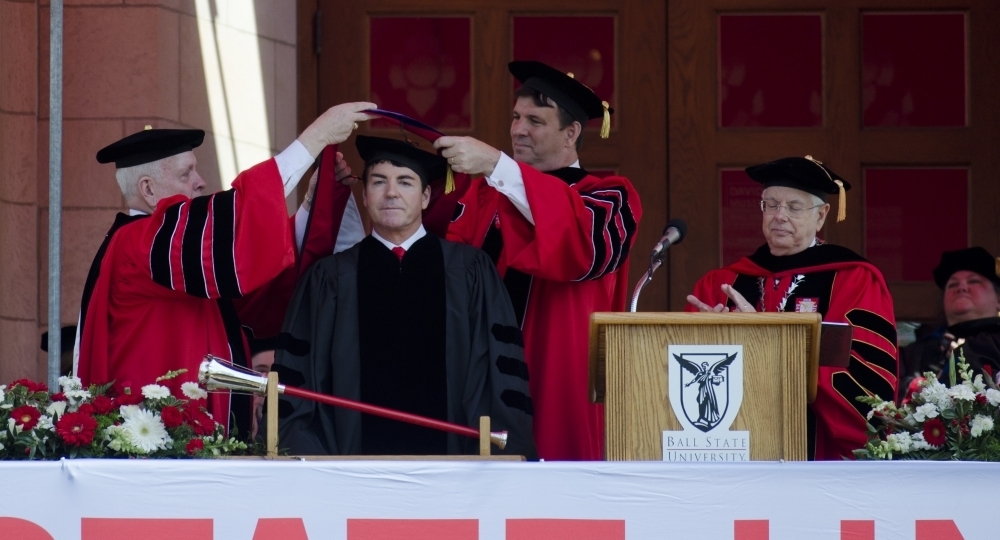 After the university received a $3.25 million grant from alumnus John “Papa John” Schnatter and the Charles Koch Foundation, some questions and concerns have been raised around the university, as well as other universities where the Koch foundation gave money.

Billionaire brothers Charles and David Koch have been known for funding conservative and libertarian causes in the past, and some people worry the donation, which will be used to fund the new John H. Schnatter Institute for Entrepreneurship and Free Enterprise, must be coming with strings attached.

“We have autonomy in who we hire and how we run the institute and its programs,” Goldsby said.

“It helps us do a lot more of what we’re already good at Ball State,” Goldsby said. 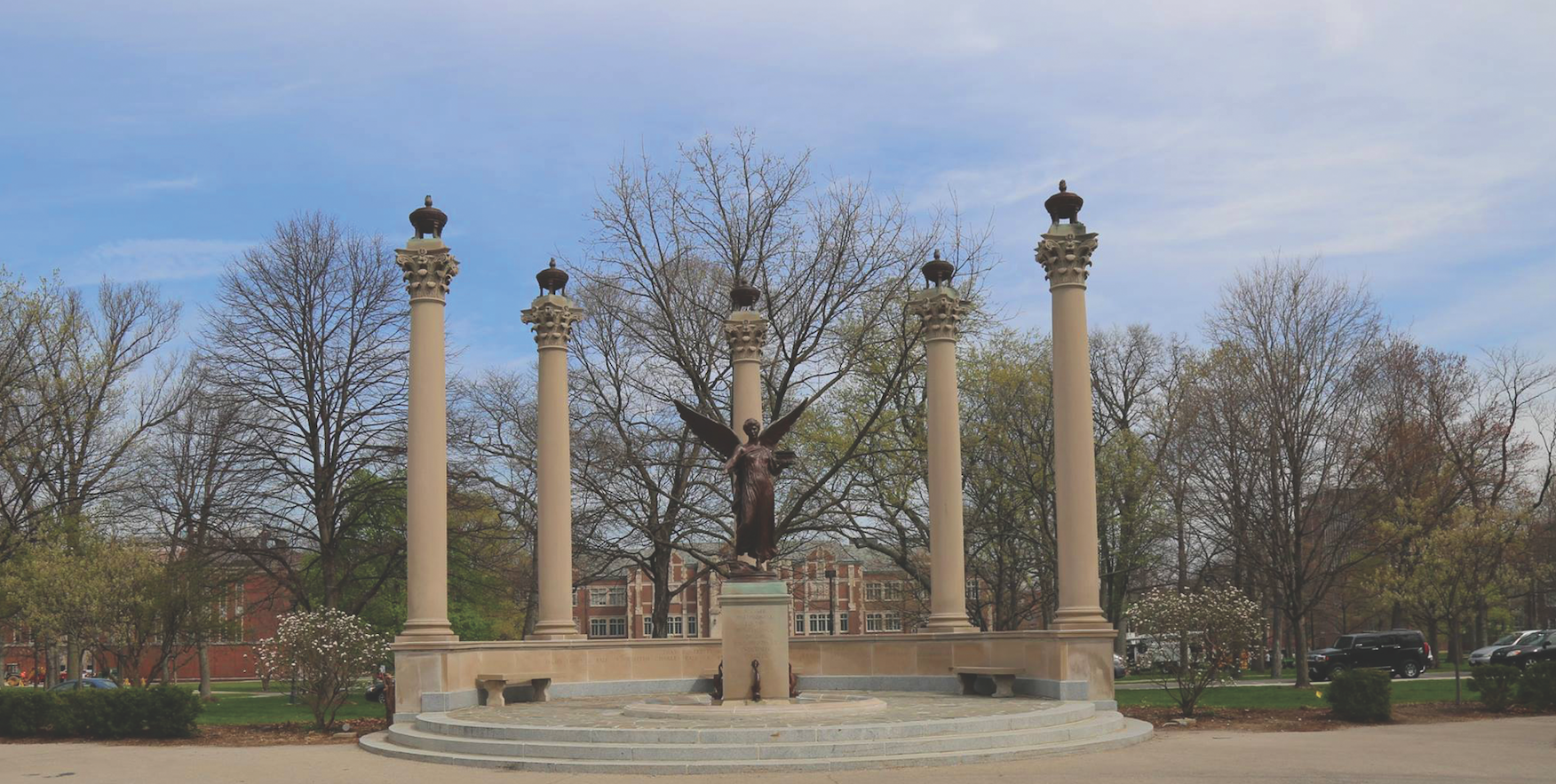 The Council on Diversity and Inclusion made and released a progress report and an action plan detailing its latest achievements in accomplishing the solutions proposed in the Beneficence Dialogue Report almost a year ago.

The report was created from the dialogue sessions that took place March 2015, when more than 100 students participated in group discussions about diversity while then Ball State President Paul W. Ferguson and Kay Bales, vice president for student affairs and dean of students, listened to the different groups.

The solutions were grouped into five themes, and members of the council were placed into teams to address each one.

Thomas Gibson, associate vice president for student affairs and co-chair of the council, said the council wants students to know their concerns were heard and they are progressing with the proposed solutions.

“We want to make sure that we have a campus climate that’s welcoming, that’s inclusive and provides an opportunity for all students to be successful,” Gibson said.

According to the progress report, the council’s timeline is implementing the more achievable recommendations through the end of the Spring Semester, while the more challenging recommendations will extend into the 2016-17 academic year.

Gibson said the plan is to have a progress report on the Beneficence Dialogue released every semester.

The five themes are: Recruitment and retention of a diverse student body, diversity awareness/education initiatives for students, education/training for and support from faculty, university response/student body and administration interactions and campus climate