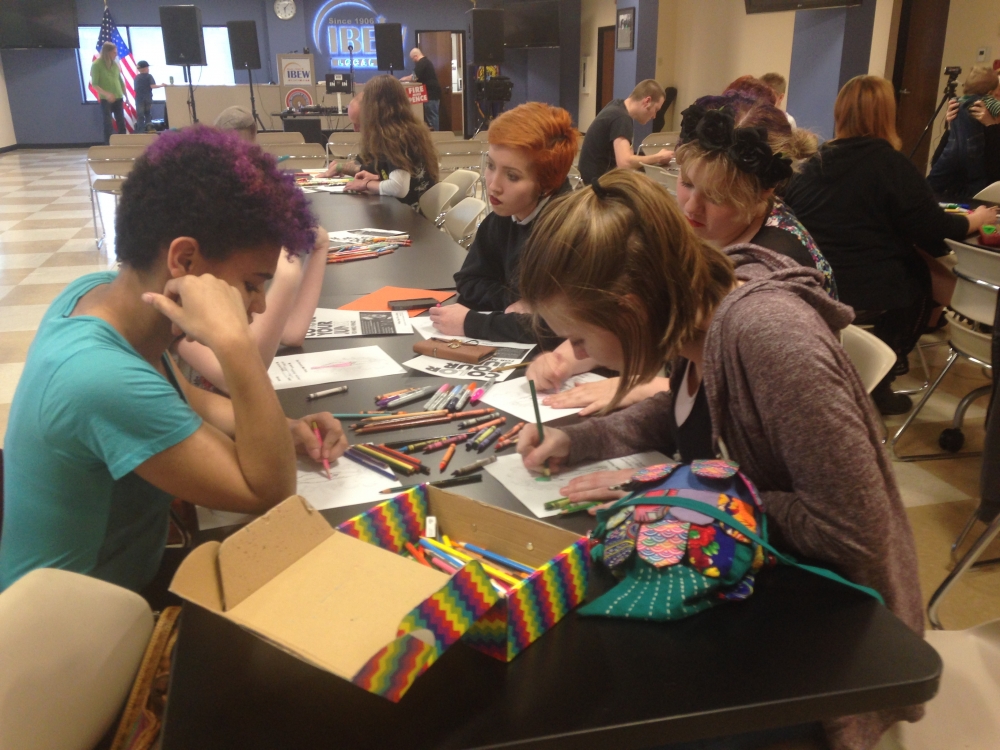 In a small room on Meridian Street in downtown Indianapolis, people filed in with colored pencils, markers and glitter — all ready for a protest against the controversial abortion bill.

Color Your Junk for Pence started as a small gathering of friends but blew up quickly. The event was on April 22.

Dionne Goodman, the creator of this event, started it as a private group on Facebook, but it grew much bigger than she had initially planned.

The idea came to her when she found an old coloring book she’d bought from the Museum of Sex in New York City.

“I don’t really expect it to affect Mike Pence," Goodman said. "I hope that it just gets people talking about it, gets people looking into the bill more and what exactly it entails, and [forms] a community and people will actually get out and vote."

The bill, HB1337, puts further restrictions on abortions, mandating cremation or burial of the fetus, whether it was a miscarriage or abortion. It also restricts abortion based on ancestry, race or gender.

Supporters of the bill say it is needed to be able to protect unborn children.

“By enacting this legislation, we take an important step in protecting the unborn, while still providing an exception for the life of the mother," Pence said in a statement shortly after signing the bill in late March. "I sign this legislation with a prayer that God would continue to bless these precious children, mothers and families."

Periods for Pence, which is a group of people who have been calling Pence's office to tell him about their periods to keep him informed about women's bodies, sponsored the event. The event featured pizza, coloring reproductive organs and live music from a number of musical guests.

“This is the greatest thing since paid toilets," said Benjamin Bochock, an attendee. "I love protests like this. It's not tying up traffic. It’s something different, something original. It's making the news. And it’s funny and that’s what these people lack. These people lack any humor. That’s what makes this great."

Heidi Miller, another attendee, said she thought this event brought up how insane the situation with the bill has become.

“You know, they really just need to leave us alone. We’re grown women," Miller said. "We can make our own choices. So if I can color to make that point, that’s great.”

The coloring pages will be delivered to Mike Pence to further the point that the women of Indiana will not stay silent on these issues.