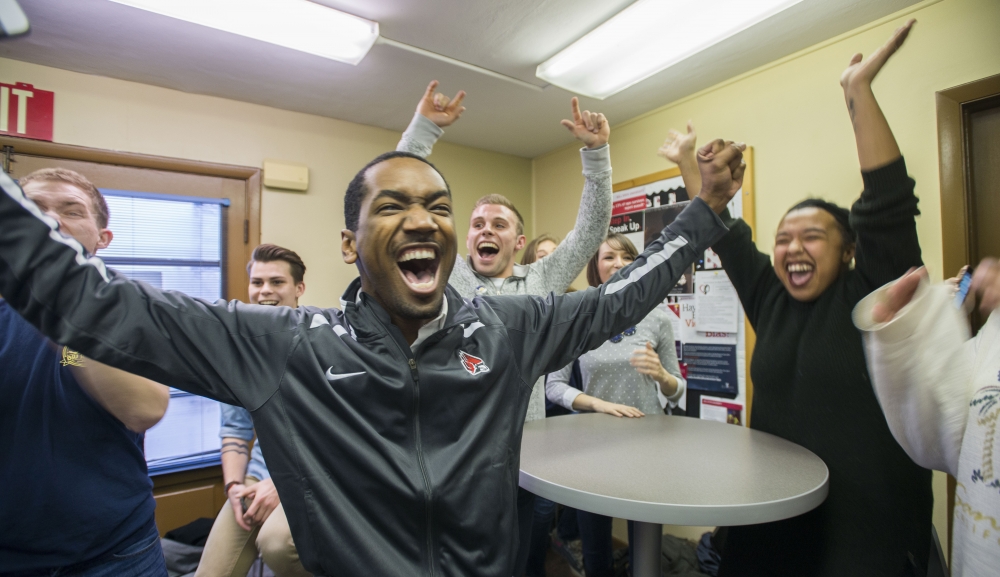 The members of the 2016-17 executive slate, Summit, will take their official places in the Student Government Association at 5 p.m. April 20.

The inauguration will be in the L.A. Pittenger Student Center Cardinal Hall.

Get to know the incoming officers here.

As Atlas’ term in SGA adjourns on April 20 and Summit's beings, both Hesser and current vice president Richu Aby have some last-minute advice for Summit.

Aby’s biggest advice is for them to be confident and humble-minded.

Along those lines, Hesser’s greatest advice is also for Summit to keep a level head.

“Be humble. This is student government," he said. "At the end of the day, there’s a lot of opportunities to create change, but you’re still a student and you're going to graduate, and when you graduate this is probably going to mean very little to those around you, so be humble and enjoy this experience for what it's worth."