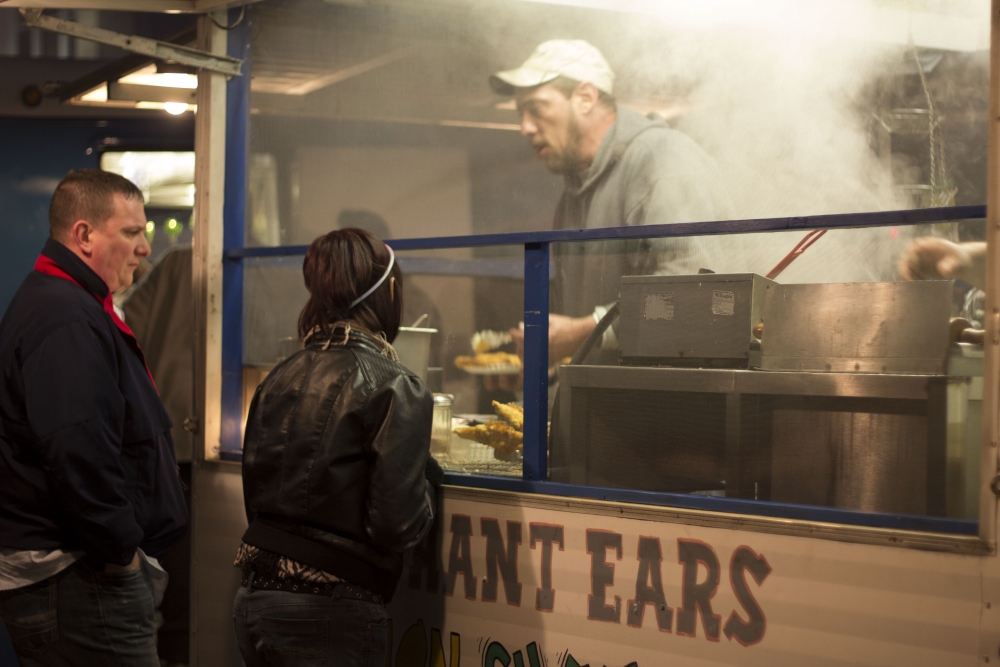 Food trucks and vendors lined the streets of downtown Muncie for the annual Muncie Gras. Choices ranged from giant elephant ears to chicken on a stick. DN FILE PHOTO ROSS MAY

As the temperatures begin to rise this spring, students and Muncie residents will start to see a wider range of food options rolling around town.

Food trucks and stands that were closed during the winter are gearing up for the busy season when they will be serving around the Village and attending Ball State events.

Although the locations of the trucks tend to change, they all stay central to Muncie and the Village.

After working in a Mexican restaurant in Muncie for a couple of years, owner Fernando Garcia and a couple of his co-workers decided they wanted to provide something different for the students of Muncie.

“We figured a food truck would be ideal for late-night events at Ball State," Garcia said.

Puerta Al Paraiso also has a restaurant in the Village that features $3 tequila shots and taco Tuesdays, with tacos for $1.50.

Despite being happy with running the food truck right now, Champ said her end goal is a little bit more exotic than Muncie.

“My end goal is to have a bar on the beach where people could sit down ... and have some delicious fish tacos, then go back to the beach and work on their tan," Champ said.

Bob Walsh graduated in 1983 with a degree in business and finance from Ball State and has been serving food in his home city since 1992.

His company, A-1 for Fun, owns four food trucks and a total of 180 entertainment devices, including a rock climbing wall and a zip line. Many of these items are used at Ball State's Late Nite events.

This year, the company plans on adding a BBQ truck to bring to the Ball State football games.

A sloppy dog is a hot dog covered in a sweet sloppy Joe sauce that owner Travis Shroyer got from his grandma.

Customers then can add toppings, including onions, jalapenos and cheese.

On an average night in the Village, Speedy Dogs will sell around 15 pounds of sloppy dogs.

A little more than a year ago, Mandy and Travis Torrington purchased their first food truck because they wanted to bring BBQ to Muncie.

Before opening up, the Torringtons spent six months testing recipes and perfecting their BBQ and meats.

This fall, Ball State students will be able to find the food truck parked at home football games.