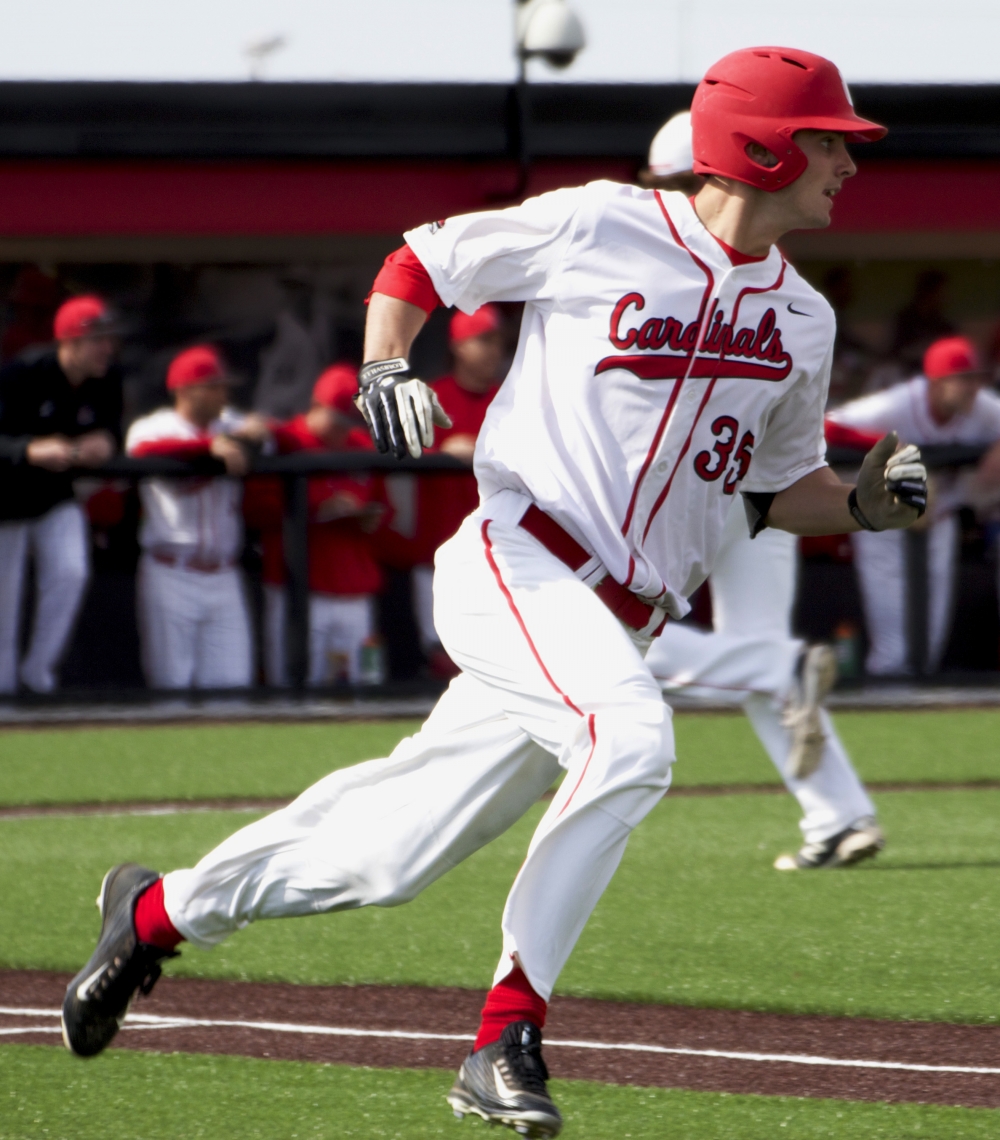 Matt Eppers, a junior outfielder for the Ball State Cardinals, rounds first base in the game against Dayton on March 18. DN PHOTO GRACE RAMEY

Junior center fielder Matt Eppers was named the Mid-American Conference West Division Player of the Week after going 8-13 at the plate in a four-game series against Dayton this weekend.

Eppers was a perfect 4-4 at the plate in March 20's 3-1 loss. Head coach Rich Maloney said "it was one of the best games he's ever played."

"I'm certainly happy for him and his star sure shined today," Maloney said.

Eppers also scored the lone Cardinals' run in the game. In the bottom of the fifth inning, he was standing on first when junior third baseman Sean Kennedy ripped a ground ball to Dayton third baseman Connor Echols.

Echols rifled the ball to second base for what looked to be a double play, but Flyer second baseman Pat Meehan misplayed the ball and let it skip into right field. Kennedy and Eppers advanced to second and third on the error.

Dayton catcher Matt Poland started walking toward the mound when the ball was still on its way back to pitcher Zach Beaver. Eppers, realizing the umpires had yet to call time, took off for home and crossed the plate standing up.

Maloney said Eppers deserves all of the credit for the heads-up play.

"That's called instinct," he said. "He used his gift that he has, which is his speed."

In the Cardinals' home-opening doubleheader, Eppers was 2-6 with two runs, three RBI, a double, a walk and a hit by pitch. He added two more hits and another run in March 19's 10-0 victory.