The main villain of the new  Ghostbusters movie has been revealed at the Toy Fair in New York today. An Instagram user named Pixel Dan uploaded an image that shows the upcoming film’s antagonist, Rowan.

Rowan is reportedly based on the Ghostbuster’s logo and was designed by the original film’s producer, Michael C. Gross. Sadly, he passed away this past November. 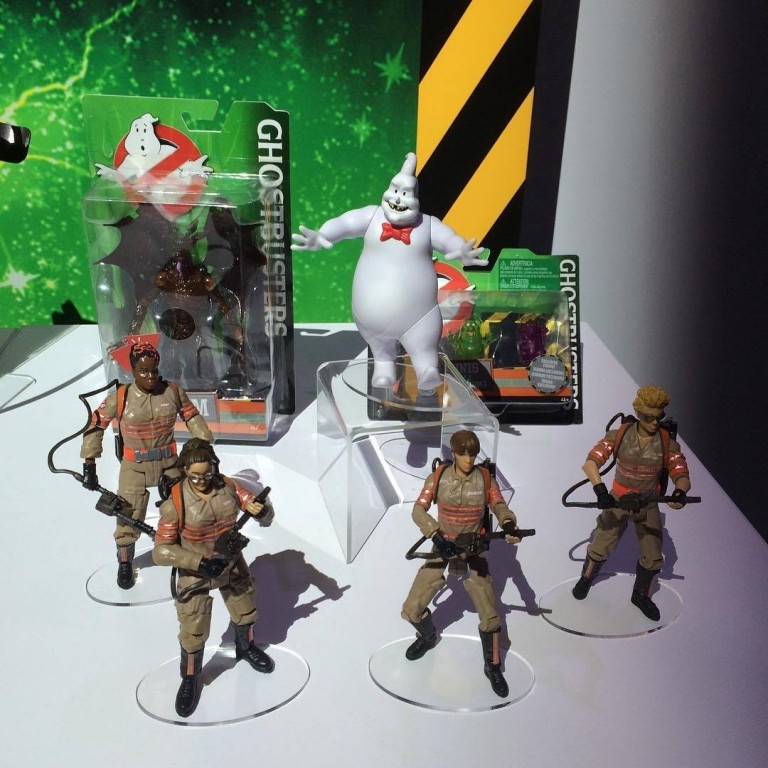 The reboot directed by Paul Feig and produced by Sony Pictures stars Kristen Wiig, Kate McKinnon, Melissa McCarthy, and Leslie Jones as the Ghostbusters. Alongside the co-stars, Chris Hemsworth plays the new secretary, Andy Garcia as the Mayor of New York, Michael K. Williams as “Hawkins”, Matt Walsh as “Rourke”, and Neil Cassey as the main antagonist.

interviewed by ComingSoon.net last year about his career as a director and working with comedy. When asked about the new reboot, he said;

“… I love the original film, but I also just love the idea of busting ghosts and kind of paranormal warriors. I thought, “You know, if I could do this with the funny women I know and kind of just do a new origin story…” I’m more interested in what would happen today. You know, you see things on TV about ghosts, but none of it’s real. What if, suddenly, something started happening? What happens when that just begins to happen to people? Also, how do they develop their technology? It’s not as fun if they’re just handed their proton packs. It’s why it’s not as fun to do a sequel. The fun is getting there.”

Sony is set to release a full trailer on March 3 and the film is due on July 15.