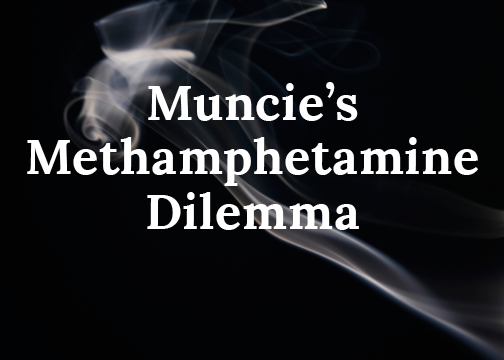 In April 2013, 37-year-old John Flanery* tried meth for the first time. A year later, the Muncie native had lost everything—everything besides two pairs of socks, three pairs of boxers, a couple pairs of shoes and his Bible. He sold his car, a 1997 Chevy Lumina, for four payments of $50.

“Meth is my demon,” Flanery said. “A demon, to me, doesn’t allow you to have nothing, and it destroys everything … I have nothing left to destroy.”

Flanery’s story is one that has become common in Indiana. While nationwide meth use has dropped in recent years, Indiana has seen an increase, according to the National Institute on Drug Abuse.