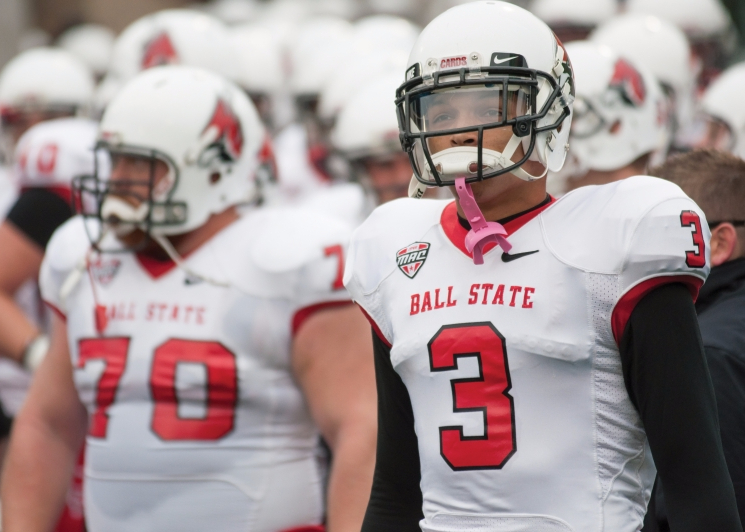 Former wide receiver Willie Snead gets ready to go out onto the field before the game against Akron on Oct. 26, 2013, at InfoCision Stadium. Snead made the Saints final 53-man roster. DN FILE PHOTO JONATHAN MIKSANEK

The former Ball State receiver led the Saints in preseason receptions with 11 for 148 yards. He also caught one touchdown.

One of Snead's catches even made waves on social media.

The 5-foot-11 receiver played short periods with the Cleveland Browns and Carolina Panthers last season but was eventually cut from both rosters. He forwent his senior season with Ball State to pursue the draft before moving around the league as a free agent.

Snead had 223 receptions for 2,991 yards and 26 touchdowns in three seasons for Ball State. He sent this tweet today following final roster cuts:

It's a blessing to be apart of the @Saints Organisation. #WhoDat #GodWilling pic.twitter.com/z25TejvmVS

Other notes: Linebacker Jonathan Newsome burst onto the scene for the Colts last season, leading the team with 6.5 sacks. He won AFC Defensive Player of the Week in the final week of the regular season last year. Newsome, as expected, made the Colts' final roster for a second year.

Jahwan Edwards and Sean Baker were cut by the Chargers and Falcons, respectively, prior to today. Keith Wenning (Bengals), Eric Patterson (Colts) and Kitt O'Brien (Colts) were let go at today's 4 p.m. deadline.

Each of these players have an opportunity to sign with a practice squad.

By Derran Cobb / 5 minutes ago